Army Wants Drones On Demand, 3D-Printed In 24 Hours Or Less

A drone today for a battle tomorrow 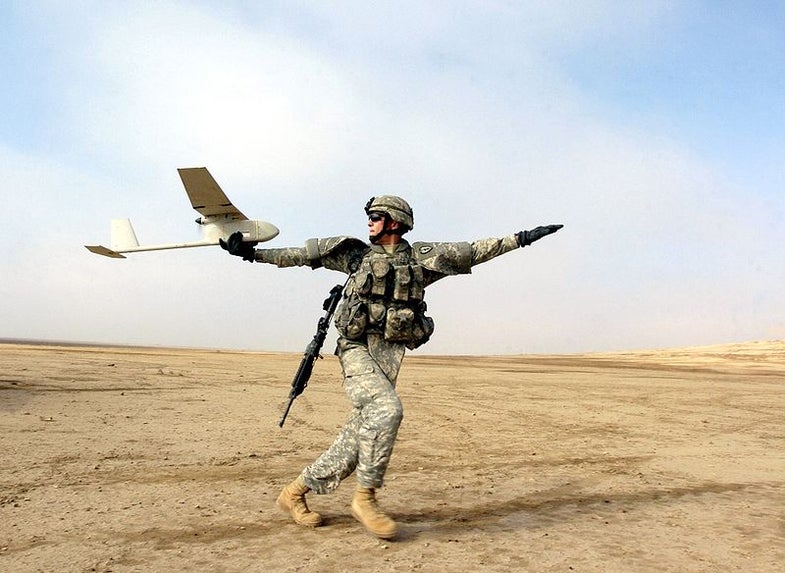 ****Habitat:**** As the most prevalent UAV on the planet, with more than 7,000 units in service, you'd be hard pressed to find any Army combat brigade in Afghanistan or Iraq that doesn't have one. ****Behavior:**** Three feet long and 4.2 pounds, the Raven is typically fitted with an electronically stabilized color video camera or an infrared video camera for night missions, which pan, tilt and zoom digitally to provide ground troops with asituational awareness.a The fleet is getting a digital upgrade that turns each one into a comm relay, effectively extending its six-mile range. Notable Feature: Light and durable, if it crashes, the wings just pop off, and are easily replaced. Sgt. 1st Class Michael Guillory
SHARE 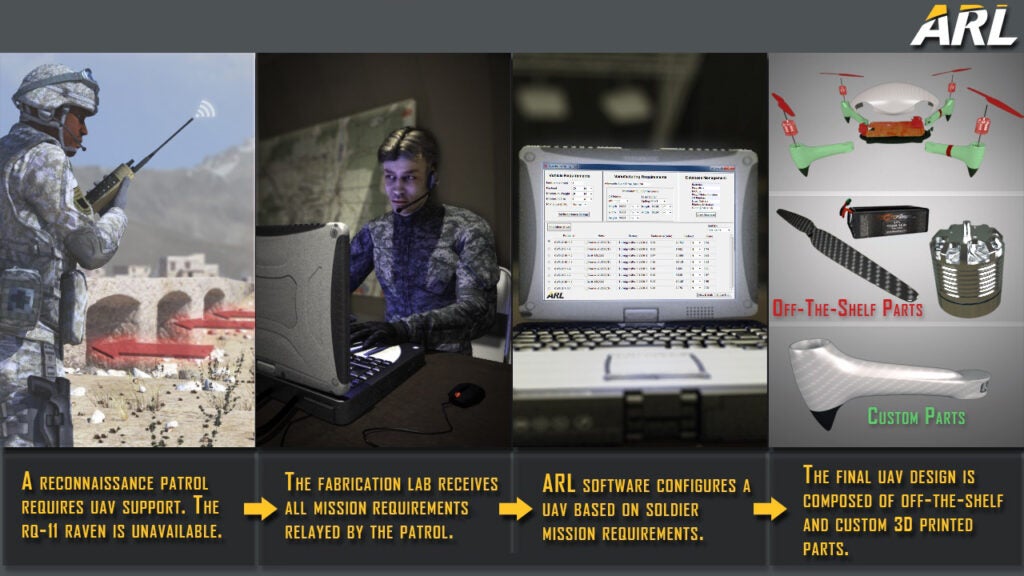 No plan survives first contact with the enemy, according to the old military adage, so military equipment is designed to work under a variety of circumstances. What if, though, the Army could know exactly what kind of drone scout they’d need tomorrow, and could print it in 24 hours near the battlefield, ready to use the next day? Earlier this month the Army selected on-demand 3D-printed drones as one of the technologies they’ll test in the 2017 Army Expeditionary Warrior Experiments.

Technically, the program is called “On-Demand Small Unmanned Aircraft Systems.” It aims to combine the speed and flexibility of printing with the versatility of off-the-shelf parts. Here’s how the Army describes it:

Like all branches of the American military, the Army already has drones, and they range from the Predator-sized Gray Eagle to the hand-tossed Raven and Puma drones. The Army has thousands of Ravens on hand: they carry high-quality cameras and are simple to launch, but they also cost up to $300,000 apiece when made to military specifications. A Raven-like drone, built from off-the-shelf parts, can cost as little as a few hundred dollars. 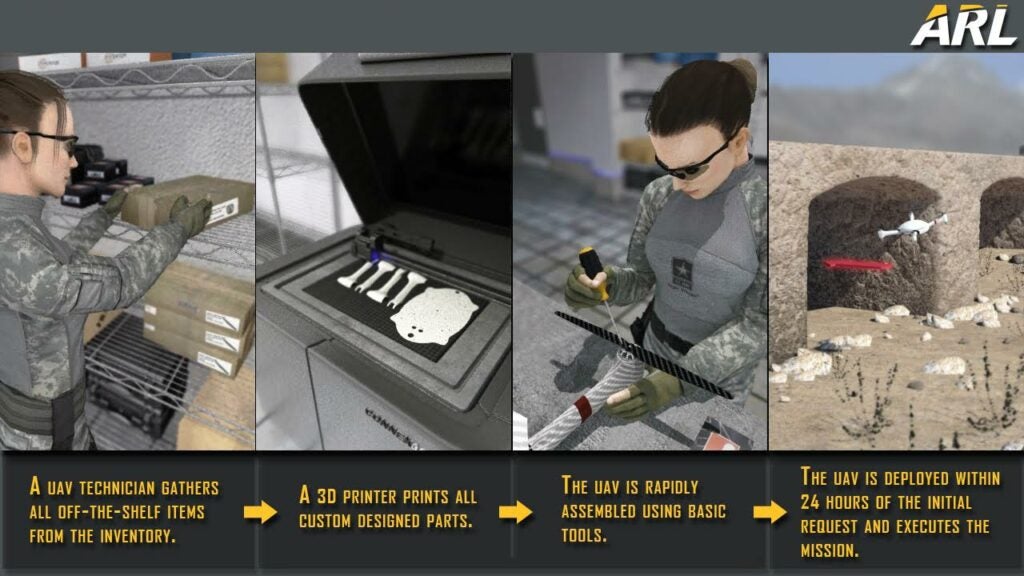 If the Army wants to look at some fixed defensive positions a few hills over, and they aren’t too concerned with getting the drone back, printing up a simple body and slapping in some electronics could be a very cost-effective way to do that. And 3D printing isn’t limited to just remaking what’s already been done. Say there’s a warehouse the Army wants to look inside, but the windows are wedged shut. A custom drone with a ram-like head could force open a window and then scout around inside. Single-use ram drones aren’t something one plans on bringing to every battle. Printing it as needed could, as it were, really open up a lot of opportunities for troops on the ground.