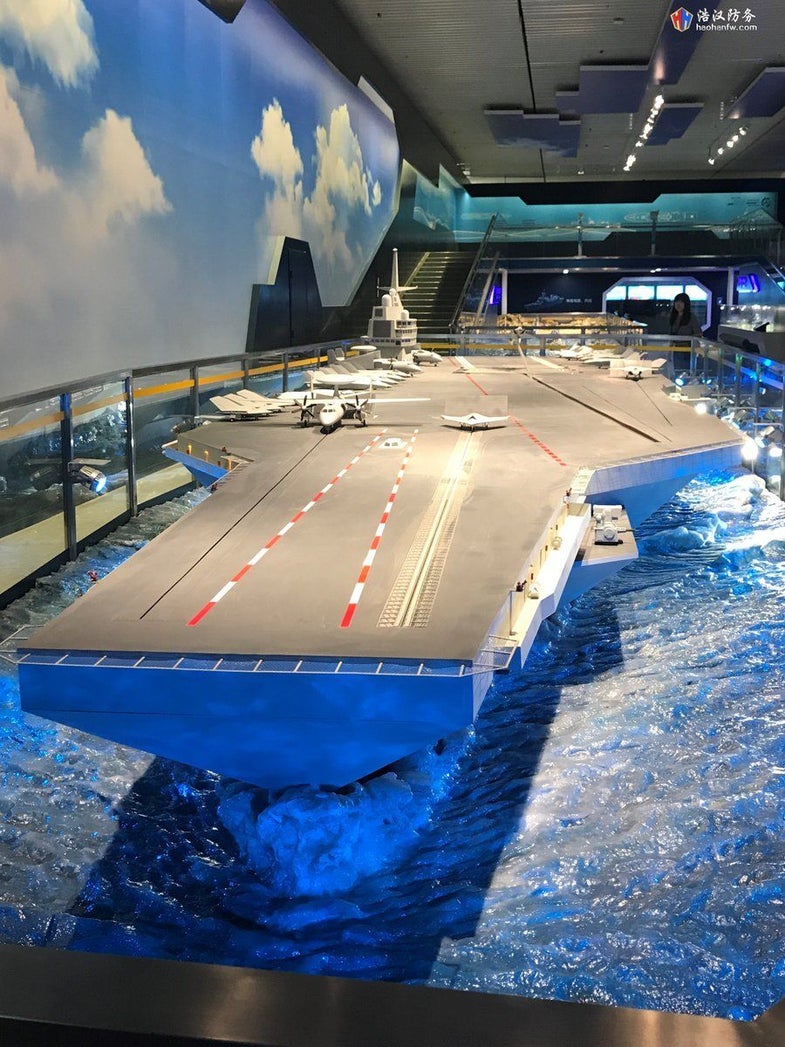 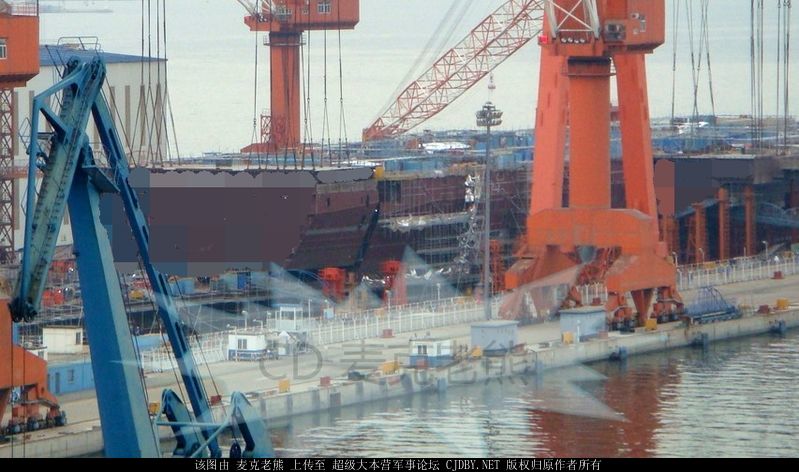 Dalian Shipyard, part of CSIC, is where China’s first domestic carrier, CV-17, was built. It will also likely be the builder for China’s first, nuclear powered supercarrier.

For a brief moment, the China Shipbuilding Industry Corporation (CSIC), put online China’s next big naval projects (but quickly pulled them down). The revelation, of which screenshots were taken before censors intervened, provided a picture of China’s ambitions for a world class navy. 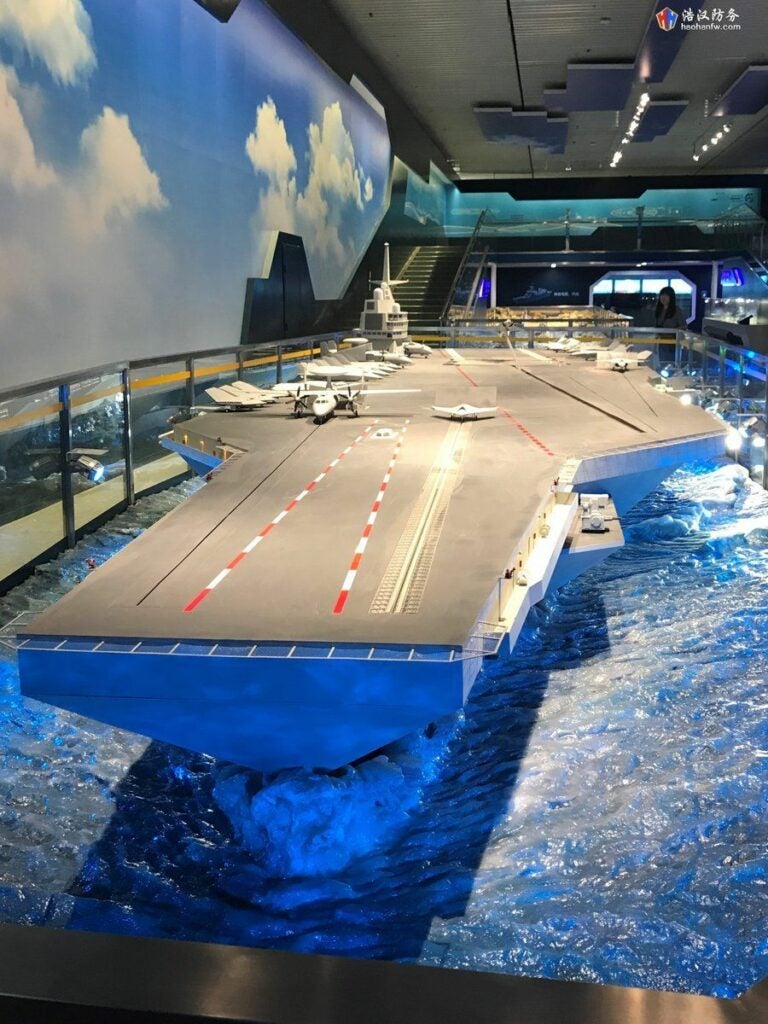 CSIC is a major shipbuilder for the People’s Liberation Army Navy, responsible for high ticket items like aircraft carriers and nuclear submarines. The biggest item in CSIC’s not-so-secret portfolio is China’s first nuclear-powered carrier. Popularly identified as the Type 003, it will be the largest non-American warship in the world when its launched in the late 2020s. CSIC’s Dalian Shipyard, which refurbished the aircraft carrier Liaoning, and launched China’s first domestically built carrier, CV-17, in 2017, will presumably build China’s first “Type 003” CVN.

The Type 003 will displace between 90,000-100,000 tons and have electromagnetically assisted launch system (EMALS) catapults for getting aircrafts off the deck. It’ll likely carry a large air wing of J-15 fighters, J-31 stealth fighters, KJ-600 airborne early warning and control aircraft, anti-submarine warfare helicopters, and stealth attack drones. When joined with Type 055 destroyers and next-generation attack submarines, it would provide the PLAN a highly capable task force for representing China on global missions. 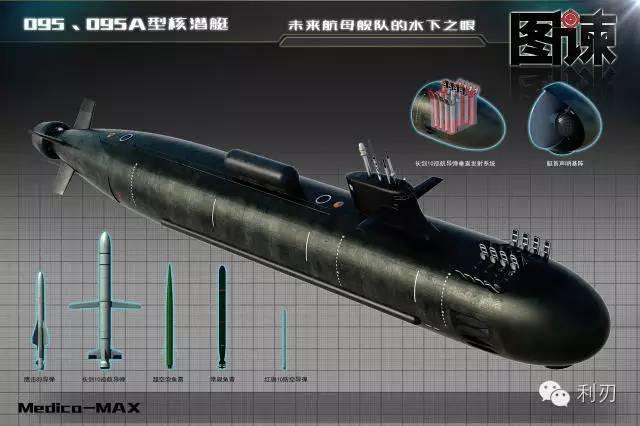 CSIC’s website also boasted that it would build a new nuclear-powered submarine, likely the Type 095 nuclear attack submarine (SSN). The Type 095 SSN would be built at CSIC’s Bohai Shipyard, which is China’s sole nuclear submarine shipyard. Compared to the Type 093 SSN, the Type 095 SSN will include new noise reduction measures, like an integrated electric propulsion system and possibly a shaftless rim drive, single hull, and electronic noise cancellation. CSIC is also working on a separate ‘quiet’ submarine project, presumably to be built at its Wuhan conventional submarine shipyard. This submarine is presumably quieter than the air-independent propulsion (AIP) Type 039B Yuan submarine; it’ll likely have quieting measures like a single hull, a new AIP system, and lithium-ion batteries. A new generation of Chinese submarines could help the PLAN remedy its historic technologic disadvantage against the submarines forces of the American and Japanese navies. 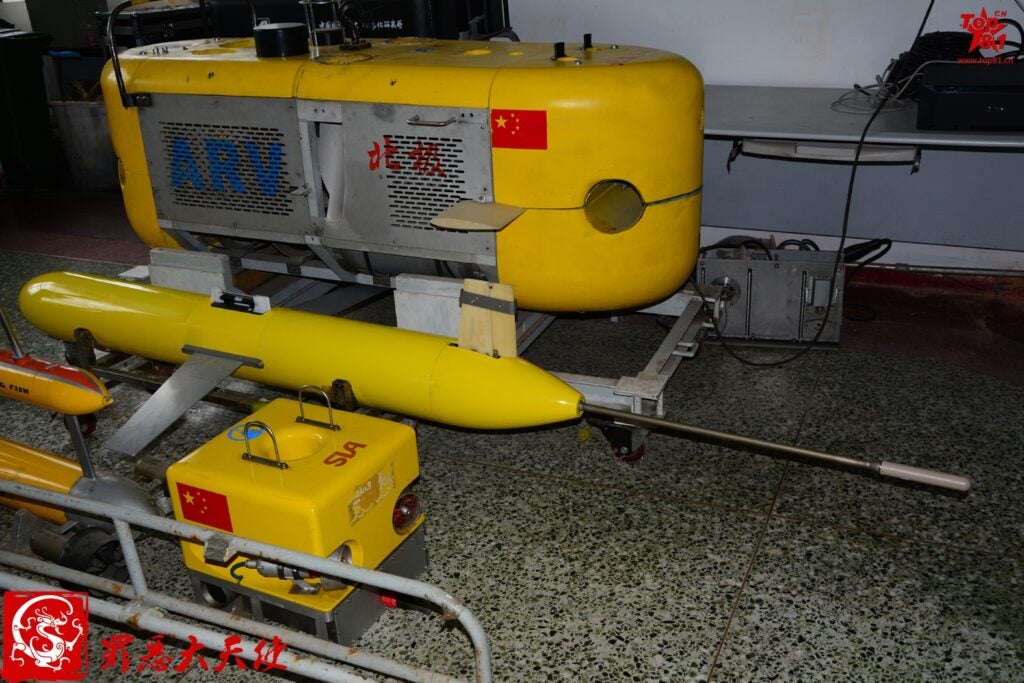 This large AUV, similar to the USN’s LDUUV, is used for long term autonomous missions; its size allows for it to carry modular payloads of sensors, mine warfare and ASW. It could be the precursor to larger Chinese armed UUVs carrying torpedoes and missiles. 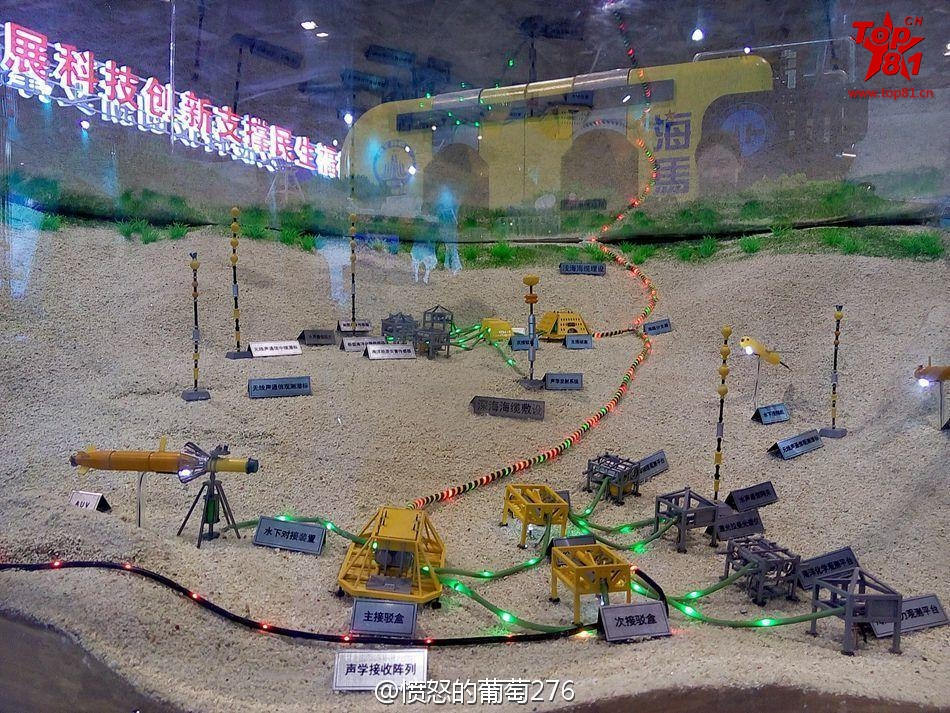 The Underwater Great Wall may be centered around stationary sensors on the ocean bed, but autonomous UUVs will be a critical enabler in tracking enemy submarines.

To defend Chinese home waters and expand the anti-access/area denial umbrella underwater, CSIC is designing an underwater attack and defense system. It could likely be an armed variant of the “Underwater Great Wall” of UUVs, other maritime robots and seafloor sensors. With built in modularity, it could be tailored to defend naval bases with surveillance UUVs and counter torpedo defenses on one end, and at the other end of the spectrum; a networked minefield of armed and smart UUVs supported by automated underwater listening posts. These capabilities would require not just the platforms, though; CSIC would need to master emerging technologies like underwater high capacity datalinks, combat AI, and multi-spectrum sensors.