A team in Kansas will be scanning in the helicopter's thousands of pieces. Here's why. 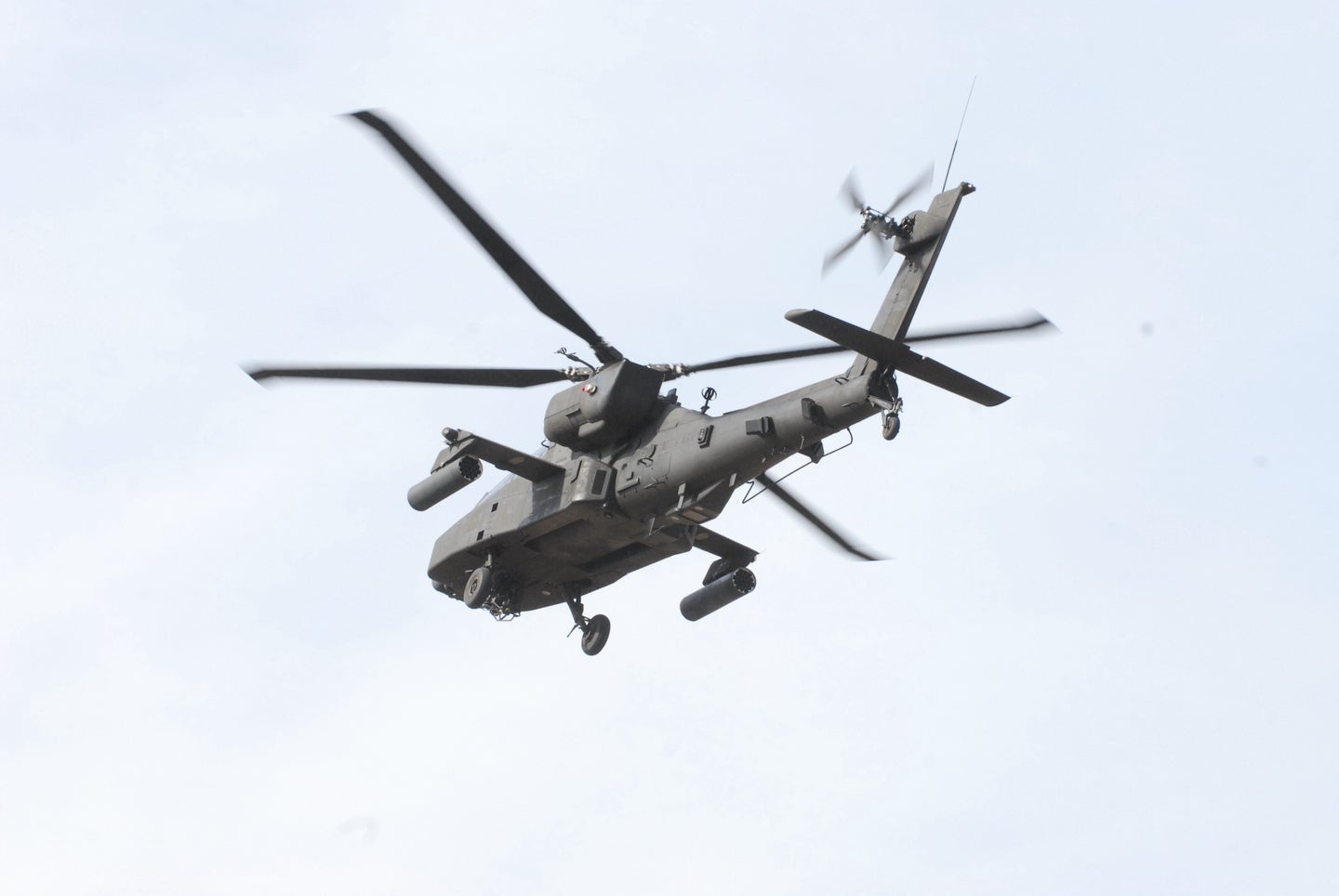 The next time you scan a document and feel annoyed at the tedium of the process, consider the people in Kansas who have to scan in an entire Apache helicopter. A group at the National Institute for Aviation Research (NIAR), a part of Wichita State University, is creating a three-dimensional digital rendering of an Apache attack helicopter, a process that includes making a scan of each part. The project is set to take three years and is the result of an Army contract.

Melinda Laubach-Hock, who is leading the massive scan job, estimates that the Apache could have around 5,000 to 6,000 parts. Her estimate is based on a similar project her team is wrapping up that involved scanning in around 5,000 parts of a Black Hawk helicopter.

“We are taking an airframe, disassembling it down to the detail parts, cleaning it up, scanning it in, [and] reverse engineering it,” she says, describing the process for the Apache aircraft. “We build detailed models at the manufacturing-quality level for every part, and then we basically digitally reassemble the airframe.”

A three-year undertaking like this, which a NIAR describes as “tedious,” begs the questions: Why do this? And how?

The purpose is two-fold, says Lauback-Hock. The first is to help with repairs, or “to improve the way we’re doing sustainment for the legacy Apache fleet,” she says. The variant of Apache that they’re working on is an AH-64D, or delta, model, and she estimates that the US Army has 800 of them in service. Having a high-fidelity digital representation of a part could help with the fabrication process when it comes to repairing or replacing a helicopter component. She also argues that a digitally designed repair solution for a part could be more enduring than just a one-off fix created by one person. It’s probably not going to be a digital version of a helicopter in a Dropbox folder, but you get the idea.

The second involves exploring, more generally, the role that having a detailed digital version of an aircraft—a concept generally called a digital twin—might play in the future. Next-generation helicopters and tiltrotor aircraft are being born in the digital age (with both Sikorsky and Bell competing in two separate Army programs), setting them apart in some ways compared to older machines.

With the Apache program, beyond just scanning in the parts, the goal is to also put them together digitally so they represent a virtual version of the real aircraft, that can be used to model how loads or stresses might affect the real thing. She refers to the digital beast that they will create as a “high-fidelity engineering structural model.”

“Basically, that’s an engineering model that says, ‘If I push here on the structure, this is how the load propagates through the structure,’” she adds. And then to make sure that that digital model is truthful, she says that they will procure a second Apache helicopter, which they will physically stress. “We’re going to push and pull, and measure the response, and we’re going to use those measurements to calibrate our engineering model,” she notes.

She also argues that in general, having a digital version of a helicopter could help with doing maintenance in a more predictive, proactive way.

So why not just get the plans from the company that made the helicopter in the first place, which for the Apache is Boeing? “I don’t know whether they exist at Boeing or not,” Lauback-Hock says. (The Apache version Boeing produces today is the AH-64E, while the version being scanned in Kansas is an AH-64D. A Boeing spokesperson said via email: “Boeing keeps detailed records in a variety of formats of the D-model and E-model Apaches.” They also noted, regarding the NIAR project, that “Boeing has offered assistance.”)

But more generally, the ways that aircraft makers created the plans for flying machines in the past were different from the standards of today. “My experience is, we’ve received models on other legacy platforms that we’ve been building [digital] twins for,” Lauback-Hock says, “and there’s quite a substantial amount of work that has to go into upgrading them to today’s standards.”

How does one scan in a helicopter?

The team is using an Apache helicopter they have on site in Kansas, although it’s not a complete aircraft. “There was an airframe involved in an incident, and it could not be repaired,” she says. “We started there, and then the Army is looking for ways to get us access to pieces we don’t currently have.”

Any damaged parts are gone now, so what’s left is roughly 80 percent of the helicopter. But with a project as big as scanning an entire helicopter, it made sense to just start with what they have, she says. To scan in the parts, they use a device called a Hexagon Arm that can capture components in 3D. “You just kind of paint over the surface with the laser multiple times, and that creates a very dense, geometrically correct point cloud that can represent the outside shape of the article,” she says.

The Apache is not the first aircraft to be subjected to this kind of digital intake. The Black Hawk project is about 95 percent complete, she says. They’re also scanning in a B-1 bomber and an F-16 fighter jet, the latter of which is about 15 to 20 percent done. Laubach-Hock notes that other programs exist in this arena that have not been publicly disclosed.

Students are going to be helping out, too. Ultimately, Lauback-Hock says that about 65 people will be working on the Apache program, with 30 of those being students. One student told ksn.com that the project “looks incredibly great on my resume.”