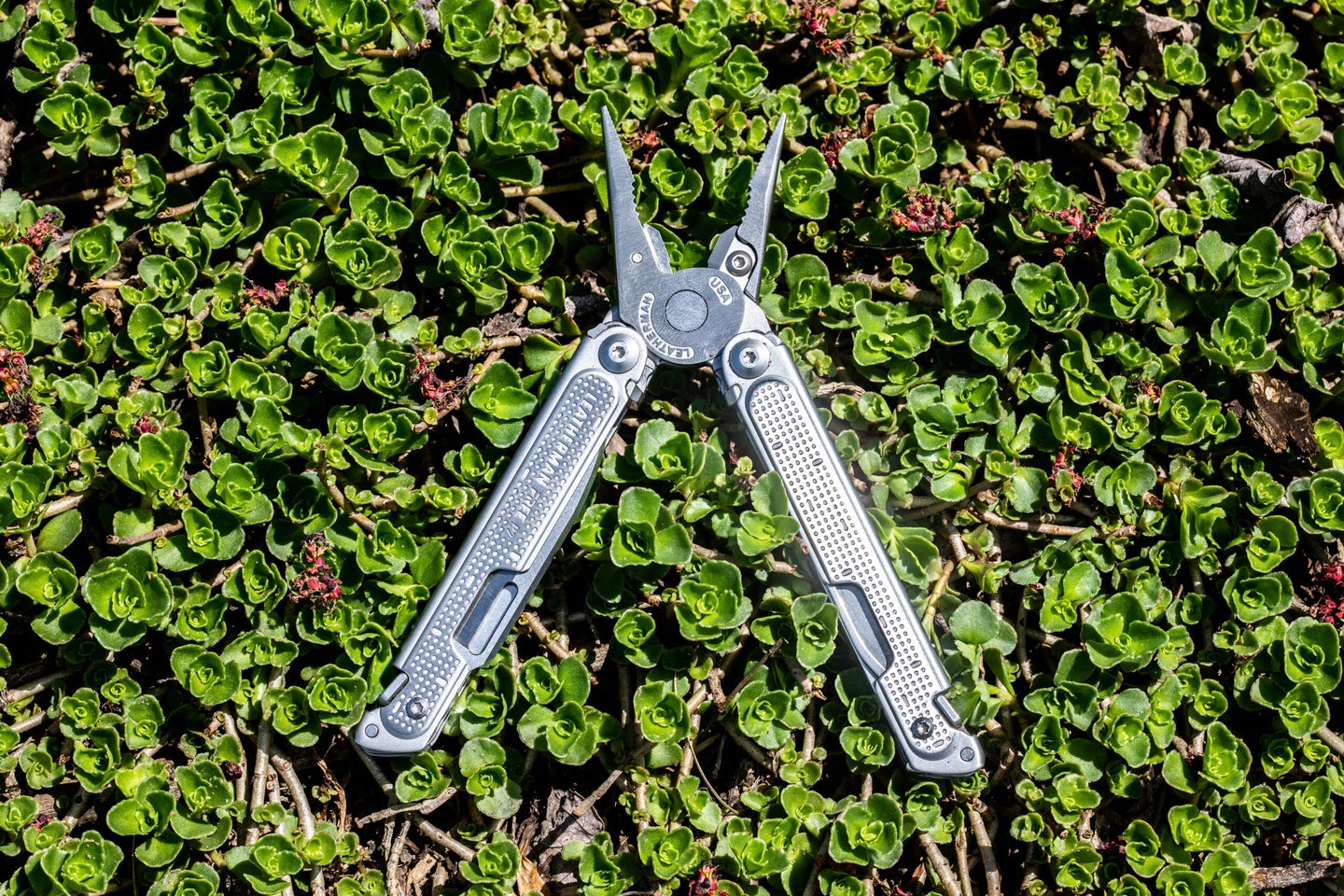 New multitools typically require a break-in process, during which opening and closing them is stodgy and the tools move stubbornly at the cost of your fingernail health. The new Leatherman Free P2, however, moves easily right out of the box. The company says it put more than five years of research into creating its easy-flipping tool. It’s totally accessible with just one hand, which means I’ve been fidgeting with it for the past couple of weeks. Here’s how the company created the tool.

Needle-nose pliers are the main component of the Free P2, and opening them is the best demonstration of how Leatherman has changed up the design from previous versions. When it’s closed, a set of magnets holds the handles together. One you push the handles apart beyond their magnetic field, the whole thing flips open freely—hence the name—like a butterfly knife. According to Adam Lazenby, the lead engineer on the product, the internal magnets are strong enough to keep the tool closed, but the magnetic field doesn’t extend much beyond the metal housing itself. As a result, it won’t attract other metal objects in your pocket or mess with your credit cards or electronic devices.

To lock the pliers open all the way, you’ll need to squeeze the handles together until the locking springs click into place. This is another area in which Lazenby says the company spent considerable time during the engineering process. The clicks are loud. In fact, they’re loud enough that I annoyed my coworkers by fidgeting with the tool in the office. That volume is due, at least in part, to the new elastomer springs that replace the older all-metal coils. According to Leatherman, the elastomer won’t fatigue as quickly as typical metal springs—the internal testing stopped around a million cycles of opening and closing without failure. While I obviously didn’t fidget it with it that much, the springs on this test model still feel as tight as they did out of the box.

The P2 offers a total of 19 tools, most of which are spread out across the eight implements tucked into the handles. The tools fold from the outside of the handle, so you don’t need to open the entire thing in order to access them. Just like for the pliers, a magnetic latch holds each tool in place. The P2 has a rounded nub at the butt-end of each tool, so you don’t have to pry out each tool with a fingernail. Pressing with the pad of your thumb extends the tools beyond the range of the magnetic latch, so you can select the specific tool you want and lock it into place while returning the others to their resting places.

It sounds complicated, but doing it once makes the whole thing very obvious and intuitive. The elastomer springs come into play here as well for locking your chosen tool in place. Once you’re done working, the release latch pushes in toward the center of the knife rather than outward. That’s especially handy since it means you’re pushing your precious appendages away from the blade and other tools rather than toward them.

The ability to use the P2 totally one-handed is one of its biggest draws, so I tried to do most of my testing by using it in that fashion. The process of opening and using the pliers is great, but closing them with one-hand takes a bit of practice and considerable thumb strength.

Accessing the other tools with one-hand is similarly simple. For instance, both sides of the knife are easily differentiated by feel, so once you learn where everything is, you don’t even have to look at it to get the right implement. The blade and the scissors each have thumb notch, which aren’t quite as simple to manipulate. But for safety reasons, I’m OK with the bladed tools requiring a little more effort to deploy.

While the haptic clicks that let you know everything is locked in place feel great, they can sometimes be a little too aggressive. If you click the pliers into place too forcefully, for instance, the other tools will sometimes rotate out of their resting places and need to be pushed back in. It’s easily solved with a slightly gentler hand, but something I noticed over time.

The P2 also has some nice, small design touches, like a pocket clip that sits high on the handle so the knife doesn’t stick far out of your pants while you carry it (and poke you in the gut). The pattern etched into the grip is nice to look at, and it also didn’t pick up much grime, which was an initial concern for me.

These design elements in the Free P2 don’t come cheap. The $120 unit costs the same as others with more tools or more elaborate materials like carbon fiber. But the one-handed accessibility really is great. And even if you don’t do a lot of fixing with it, the satisfying clicks and smooth actions make it one heck of a fidget toy.