Scientists could engineer a spicy tomato. Is it worth it?

It's not just good news for lovers of salsa. 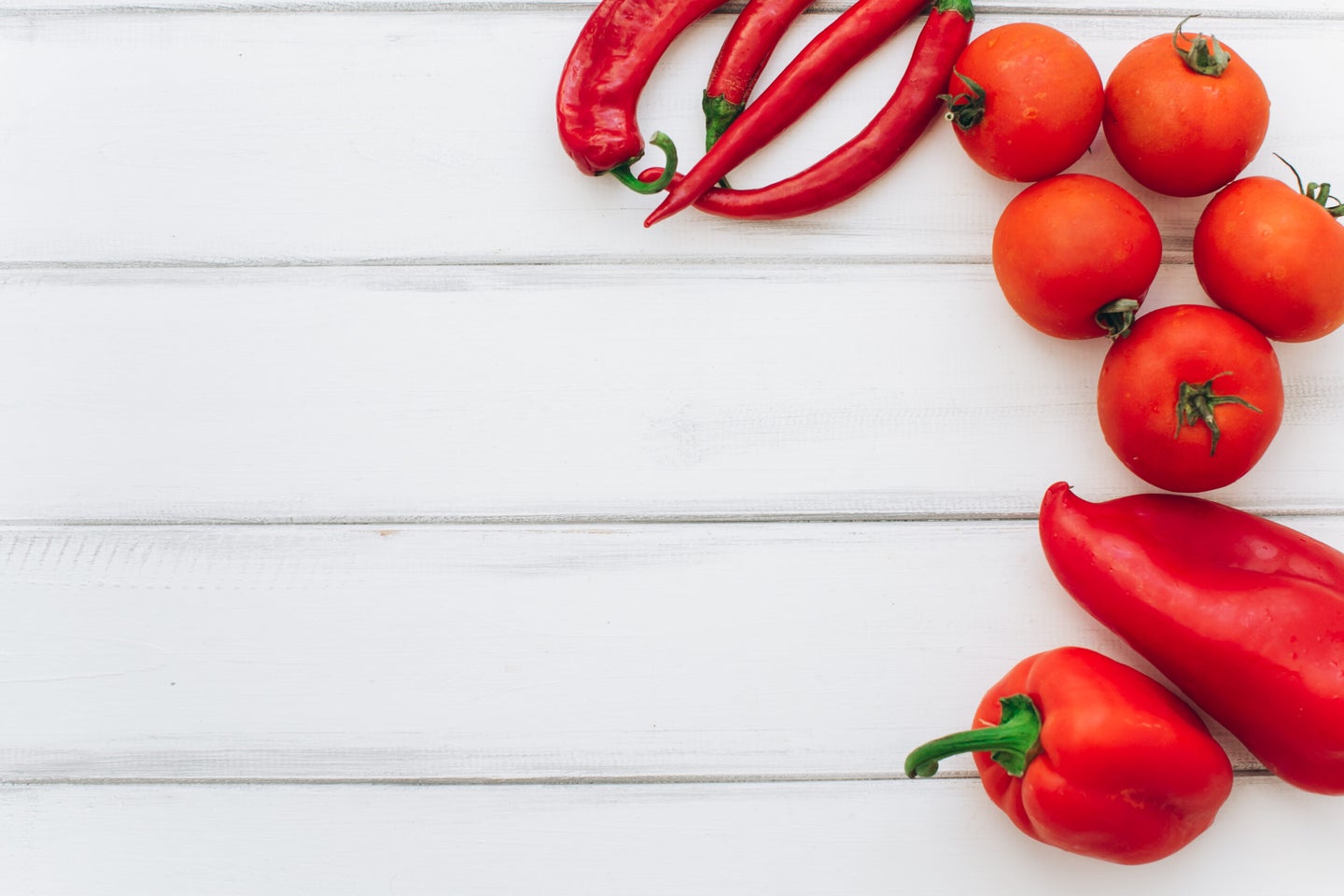 Spicy food is popular the world over, but the active ingredient that makes food taste “hot”—capsaicinoids, a group of chemical compoundshas useful properties beyond making food taste delicious. However, the plants that make them (the chili pepper family, or Capsicum) are small and have relatively low yields. A new paper published today in the journal Trends in Plant Science proposes an alternative: engineering tomato plants to produce capsaicinoids. If all goes well, someday, you could enjoy a spicy tomato, or even be treated with capsaicinoids extracted from one.

The paper, written by a group at Brazil’s Federal University of Viçosa, builds on recent work that showed the tomato has all the genetic information it needs to produce capsaicinoids. “We know that all the genes are there, but in the tomato they are silent,” study author Agustin Zsӧgӧn says. His paper proposes a method for using gene-editing techniques to activate the genetic machinery in the tomato that tells it how to produce capsaicinoids, transforming the plant into both a “biofactory” that could produce larger amounts of the chemicals than it’s currently possible to grow and a spicy snack.

Tomatoes have capsaicinoid genetic pathways like peppers because the two South American plants are related. “In our lab, we work with both species,” Zsӧgӧn says. Last year, his team used gene editing to “domesticate” a wild tomato in just a few generations, engineering the strain to produce larger fruit, and greater quantities of it, than in the wild. This kind of process is how we ended up with the crops we eat today—early farmers planted the offspring of the most fruitful plants of each generation, enabling their genetic survival. CRISPR-Cas9 is just a shortcut.

Zsӧgӧn and his team propose that spicy tomatoes could be the “next step in the fascinating story of pungent crops.” But the team is a still few big steps away. The genetic pathways involved in producing capsaicinoids are “very complex,” he says. Turning the pathways on isn’t going to be simple.

Spicy tomatoes could have novel culinary implications for certain, but more importantly, they could act as biofactories for capsaicinoids. These compounds—capsaicin is the best-known, but there are five naturally occurring ones in peppers—have medical uses. They’ve found a niche in cancer treatment, anti-inflammatory and pain medication, and even industrial applications like pepper spray.

Why not just grow more peppers? Unlike potatoes, tomatoes, and tobacco, which are all distantly related to Capsicum peppers, the latter are “notoriously labor-intensive and difficult to cultivate crops,” the researchers write in the paper. Spicy tomatoes, they maintain, could produce greater quantities of the compound.

Not everyone agrees, however. Esther van der Knaap is a plant geneticist and molecular biologist at University of Georgia, and she points to the huge variety within the Capsicum crew. “The production of the tomato is just so optimized,” she acknowledges—but unlike peppers, the domesticated tomato is not an incredibly diverse crop. Van der Knaap says peppers are easier to optimize for different growing conditions. “I think nature has already provided that particular biofactory,” she says.

Allen Van Deynze, a plant genetics researcher at the University of California Davis, concurs with van der Knappe’s criticism. Peppers are “a huge and efficient factory” for capsaicinoids, he says, and tomatoes use more water and are physically harder to handle because they’re soft. He’d be interested in seeing tomato biofactory researchers instead target more difficult-to-cultivate compounds. For instance, he says, they could manipulate the vanillin pathway in the tomato—which is involved in capsaicinoid production—and use the fruits as biofactories for the costly and hard-to-cultivate bean.

We’ll leave you to imagine what a vanilla tomato might taste like. As for a spicy tomato, a laboratory taste test would likely be the first place its power is felt. “Everything we do in the lab, we are the first ones to try it,” Zsӧgӧn says. Spicy guacamole, here they come.