Engineering a better toilet could save millions of lives

Bill Gates took a jar of poop on stage to remind us of this fact. 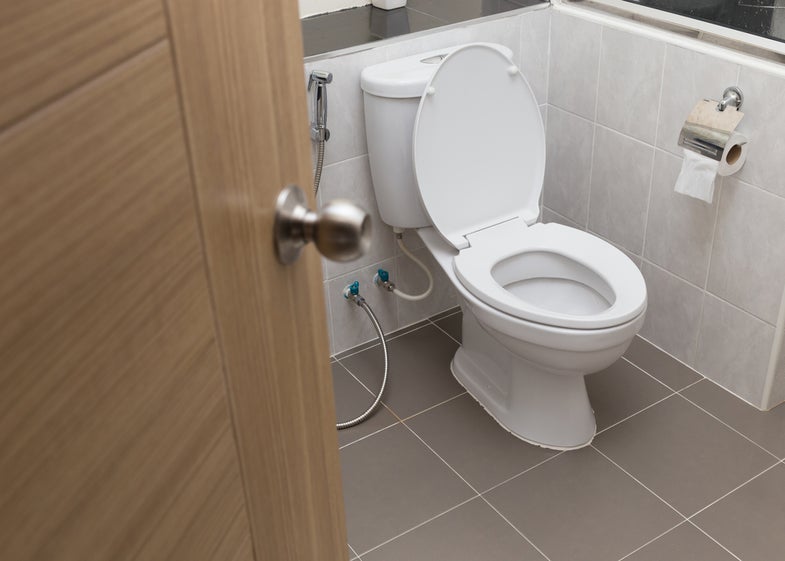 Most Americans don’t give the porcelain throne much thought. Do your business, flush, and get off the pot. But for billions of people around the world, toilets are a major source of anxiety, illness, and economic hardship.

“In developing regions, [sanitation] infrastructure does not exist so toilets are not emptied safely and human waste comes into contact with people,” Duke University engineering professor Jeffrey Glass told PopSci via email. Americans, by and large, rely on a functionally invisible sewage system and off-site wastewater treatment plant managed by a municipal sanitation department to safely process their poop. Elsewhere, the detrius flows a little more freely. “Thus pathogens make their way into the drinking water and water used for everyday household chores like cleaning.”

These leaky industrial bowels have serious consequences for human health. Pathogens from fecal matter include cholera-causing bacteria; rotavirus, which causes stomach flu; Shigella, the micro-invader responsible for dysentery; and even parasitic worms eager to colonize a new human host. Each year, 500,000 or more children under 5 die from such diseases. And adults aren’t safe either: the U.S. Centers for Disease Control and Prevention estimate 9 percent of the world’s total disease burden stems from poor sanitation and contaminated drinking water.

But Bill Gates, the Microsoft founder and world’s most prominent philanthropist, announced that an international network of technologists, sanitation experts, and development workers funded by the Bill & Melinda Gates Foundation have finally cracked the international crapper crisis. The private organization, which prides itself on its public health initiatives, decided to disrupt the bathroom back in 2011. Foundation staff reached out to engineering firms from far-flung fields, encouraging them—with grant money and the potential for lucrative altruism—to develop a self-contained, germ-killing machine.

At a foundation-backed Reinvented Toilet Expo in Beijing this week, Gates took the stage with a helpful visual aid: a mason jar full of poop. “This expo showcases, for the first time, radically new, decentralized sanitation technologies and products that are business-ready,” he said. “It’s no longer a question of if we can reinvent the toilet and other sanitation systems. It’s a question of how quickly this new category of off-grid solutions will scale.” According to a press release, the foundation is invested in 20 toilet technologies it now deems ready for widespread use.

Sedron Technologies, a small engineering firm in Sedro-Woolley, Washington about an hour and 15 minutes from the foundation’s headquarters in downtown Seattle, answered the call. The company pivoted from two decades in aerospace engineering with companies like Boeing and Lockheed to sanitation. “It was quite the switch,” says Sara VanTassel, Sedron’s president. Just six years later, the firm’s gamble is paying off: its Omni Processor is the centerpiece of Gates’ Beijing celebration.

The machine, which is about the size of four ocean shipping containers set side-by-side, combines three existing technologies in one closed-looped system. It starts with solid fuel combustion, where solid waste is separated from liquid waste, mechanically dried, and set aflame. The resulting heat boils water, generating steam power to keep the whole system running. The third and final process, water treatment, runs in parallel to combustion and steam-creation. Liquid waste diverted from the dryer earlier in the process is filtered and condensed, producing potable water.

The self-sufficient system doesn’t use outside energy, but it produces plenty That excess electricity can be fed into the community. “It’s really combining a lot of standard processes that we’re very familiar with, we’ve just done it much more efficiently,” VanTassel says. She estimates first machines will be able to filter water for a community of about 200,000 to 500,000 people.

Since the dawn of human civilization, we’ve struggled to contain our collective waste. For millennia, the majority of people squatted over holes or pots; sometimes, the solid “night soil” was used in agriculture. More often, it was funneled into nearby rivers and oceans, where it could easily cause disease. The miraculous flush toilet emerged in Tudor England, just a few hundred years ago. It has maintained its shape, structure, and reliance on a sewer network since the 1780s. When paired with well-maintained septic tanks or, more commonly, sewage pipes, the age-old problems of pooping disappeared for residents of wealthy countries, who now buy lavatory accoutrements, like heated seats and in-bowl bidets with different speeds and water temperatures.

Inventing an entirely new system required some creative thinking, and proposals to the Gates Foundation were diverse. Pathogens can be killed in three ways: chemicals, biological elements like excrement-eating bacteria, or heat. Engineers pursued all three paths. Add in the stipulation each system be entirely self-sufficient, and toilet seats suddenly look a lot more like a porcelain Rubik’s cube. “For example, one technology may be very effective at disinfection but is only cost effective in large batches so it should be used at the neighborhood and beyond level rather than single household,” Glass says. “Another may be very cost effective but requires electrical power so cannot be used where there is no power grid.”

In the last seven years, the foundation has put $200 million into reinventing the toilet, and Gates announced in Beijing he’ll be dedicating $200 million more. But there are challenges ahead. The New York Times reports, for example, that many of the models on display at the expo are $10,000. That price needs to plummet—to, say, $500—if this plumbing is to be commercially viable. And there’s also a question of whether the communities these devices were built for actually want to install an Omni Processor or Sedron’s forthcoming Firelight toilet.

“I do think there’s still going to be a huge curve with commercialization,” she says. There’s inherent risk in trying something new, so Sedron is reliant on need early adopters eager for innovation. “Sanitation has really been a government responsibility in some senses and done in a very centralized fashion,” she says. That’s why the Gates Foundation “hasn’t just funded technology development, they’re also really trying to transform the thought process of sanitation into these decentralized solutions.”

This story has been updated to reflect the number of people early versions of the Omni Processor will be able to serve.