We don't know much about this new EV, but we do know when it will be revealed—and what its competition looks like. 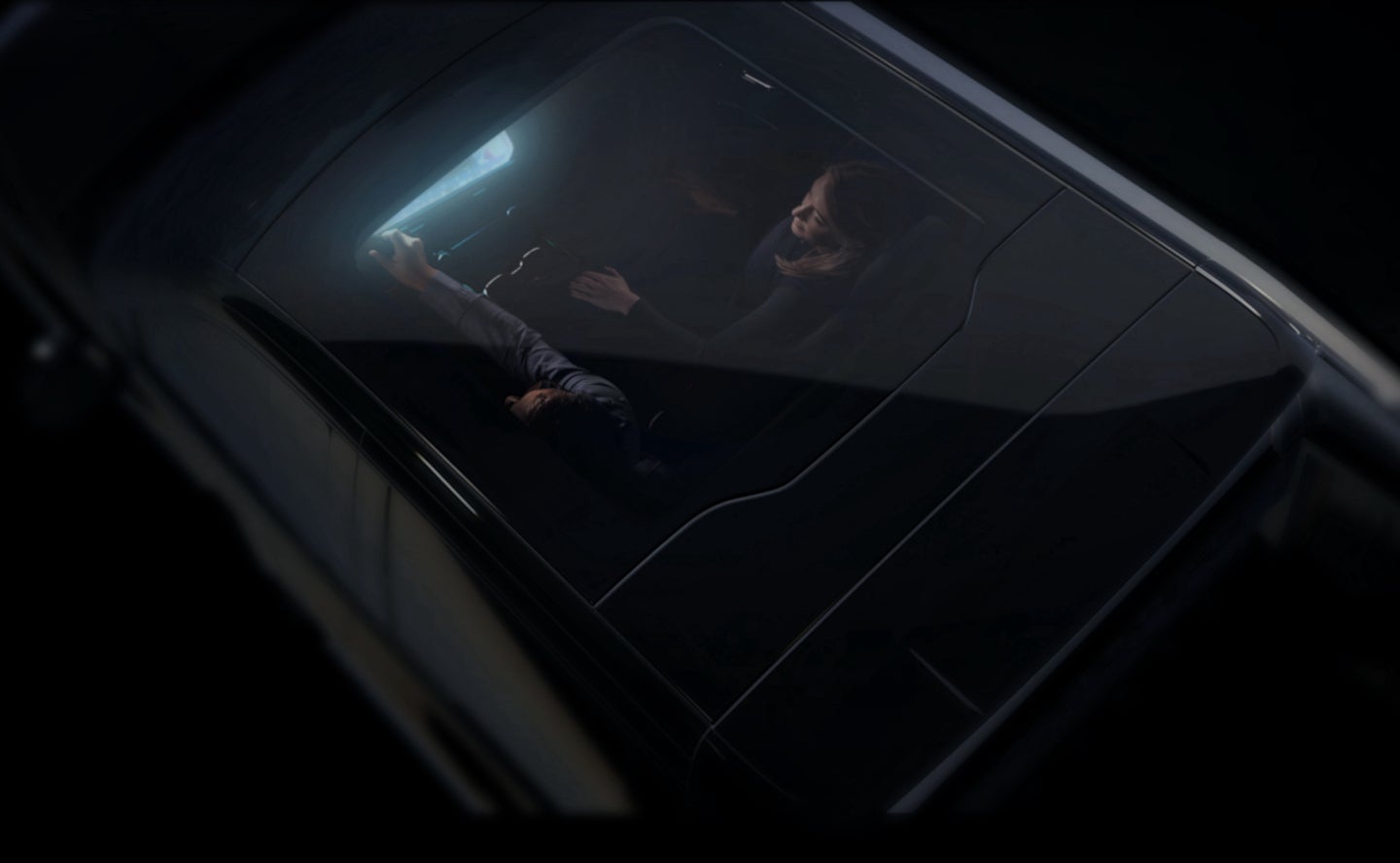 The Silverado EV remains mysterious, but it should have a fixed-glass roof. General Motors
SHARE

Automakers around the world are readying their entries for the electric pickup truck race. The market is on-track to become one of the hottest spaces for electric vehicles in the coming years—it includes offerings from Ford (F-150 Lightning), GMC, Rivian (R1T), Tesla (Cybertruck), and more.

General Motors’ entry has already been confirmed with the rebirth of its Hummer nameplate under the GMC brand as an all-electric vehicle. However, with 1,000 horsepower, a high price, and a focus on luxury off-roading, the Hummer SUT won’t meet every truck lover’s needs—and that’s where more modest full-size pickup options like the newly-teased Chevrolet Silverado come into play.

On Wednesday, Oct. 6, Chevrolet confirmed that it will debut the battery-powered version of its Silverado pickup truck at the Consumer Electronics Show in 2022. The event, held annually in Las Vegas, Nevada, is one of the world’s largest industry trade shows. GM CEO Mary Barra will take the stage in January to reveal the pickup in full, but for those who just can’t wait, a few key details have been revealed ahead of the event. Here’s what we know so far.

Most importantly, the pickup will be powered by GM’s all-new Ultium battery system. These stackable, pouch-style battery packs will underpin the automaker’s next-generation EVs across all of its brands, offering energy storage from 50 kilowatt-hours to 200 kWh. GM has previously said that the battery packs would allow for “up to 400 miles or more on a full charge”—the same figure which it gave for the Silverado. This could hint at the pickup having a battery around the same size as the Hummer EV.

[Related: The 2022 GMC electric Hummer looks a lot different than you might expect]

The Silverado will be manufactured at GM’s Factory Zero plant (formerly the Detroit-Hamtramck Assembly Center) alongside the Hummer EV and the unnamed GMC electric pickup.

Another interesting feature is the truck’s fixed-glass roof. The optional see-through ceiling follows the recent uptick in all-glass roofs equipped on vehicles like on the Tesla Model 3 and Ford Mustang Mach-E. The Hummer EV also features a similar “Infinity Roof,” however, the Silverado’s option will be fixed in-place rather than removable like the Hummer’s glass.

In August, GM confirmed that the Silverado EV will feature up to 24-inch wheels, the largest to have ever been offered on a pickup from the factory. The truck will also feature available four-wheel steering, which, much like the Hummer EV’s system, can help navigate tight spaces by decreasing the turning radius and perhaps even moving the truck diagonally.

Mark Reuss, president of General Motors, set expectations during a press call earlier this week that its target customers for the EV version of the Silverado will be different from traditional pickup buyers. This could be a reason why the automaker chose CES to debut the pickup rather than a standalone event, but it may also hint at what GM expects the truck market to transform into as it shifts even more towards a luxury segment while retaining a significant amount of utility. The automaker has also confirmed the availability of a fleet version of the pickup, which is the workhorse variant found within the lineup and typically has the same underpinnings as the retail version, just more focused on capability and less about daily driving luxuries.

The upcoming Silverado will have a bit of competition by the time it launches. Historically, GM has come in second to the Ford F-150 for the title of “America’s best-selling pickup”—and with an all-new battery-powered version set to begin deliveries early next year, the F-150 Lightning will be a serious contender. Meanwhile, Rivian’s premium adventure-focused Rivian R1T is already rolling off the assembly line, and Tesla is set to build its radically-styled yet delayed Cybertruck at its new plant in Austin, Texas. Of course, there are also niche players a bit further out (like the Lordstown Endurance and Bollinger B2), plus pickups that have yet to be announced.

GM still has some secrets up its sleeve with the Silverado. And with recent announcements surrounding GM’s semi-autonomous driving features, the Silverado may be in the running to become a hit with future pickup buyers. The world will know more at CES in January when the truck is fully unveiled.