There's a Ford electric pickup truck and a Chevy one, too. So what can we expect from the Ram Revolution Concept? 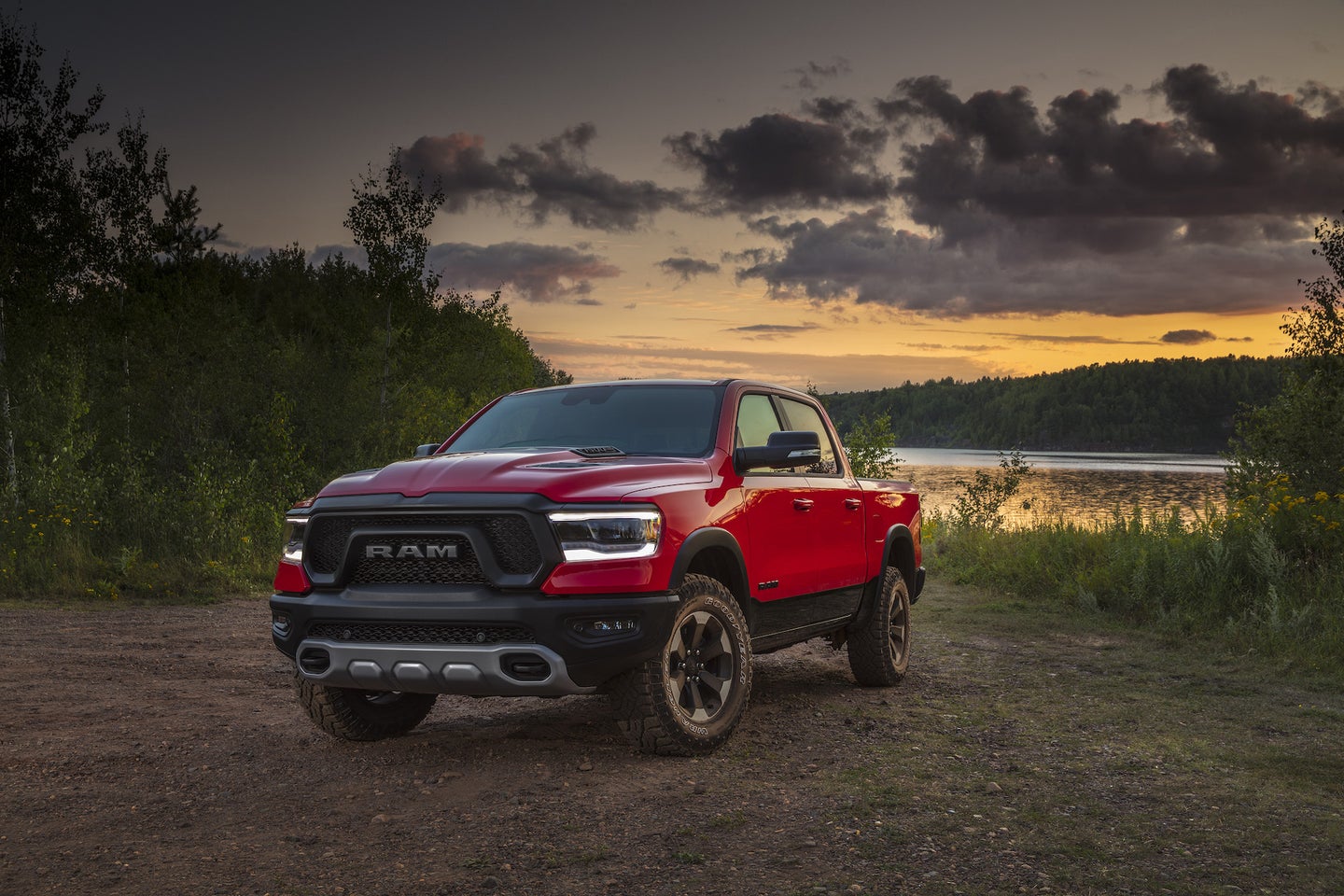 The 2022 Ram 1500 pickup. An electric Ram pickup will be unveiled early next year. Stellantis / Ram
SHARE

Now in its fifth generation, the Ram 1500 pickup truck was originally born as the Dodge Ram in 1981. It made the moniker switch in 2010, and soldiered on as your average full-size pickup truck until it was treated to a full makeover for model year 2019, earning accolades the brand hadn’t seen before. In sales numbers, the Big Three truck manufacturers compete for customer dominance, with the Ford F-150 handily leading the market and the Chevrolet Silverado and Ram 1500 trailing behind in a relatively distant second and third.

In that order, the automakers have released their versions of all-electric pickup trucks. Ford launched its F-150 Lightning EV last year, and Chevy plans to start selling its Silverado next year for model year 2023. Meanwhile, Ram is hyping its version of a full-size electric truck, aiming to unveil the Ram Revolution Concept on January 5 at the Consumer Electronics Show in Las Vegas, where Stellantis CEO Carlos Tavares will take the stage for the keynote.

One of the first questions that pickup truck tire-kickers ask is how much the vehicle can tow and haul. Ram hasn’t answered that query definitively yet, but CEO Mike Koval enthusiastically set the bar high, saying the Revolution would “push past” its competitors’ “core attributes,” like hauling and towing. Considering the F-150 Lightning claims 10,000 pounds of towing capacity and the Silverado EV has advertised matching numbers, it’s almost a certainty that Ram is shooting to beat that.

As for other automakers, Tesla says its Cybertruck will tow up to 14,000 pounds, but after three years with not a single Cybertruck on the road, it’s difficult to muster the energy to buy in.

Rivian is the current outlier with its R1T offering an estimated 11,000 pounds of towing capacity. On the surface, the R1T seems to be significantly more expensive than the Lightning or Silverado EV, with a starting price of $67,500. Ford put together a similar strategy for its F-150 Lightning, starting at just under $54,000 and soaring to nearly $83,000 with the extended range battery that improves both towing and distance between full charging. And, while the Silverado EV costs $42,000 for its Work Truck variant, that’s a stripped-down model that won’t appeal to many; the cost is estimated to jump up to $75,000 for the well-equipped LTZ trim.

As for range, Ram says the Revolution will achieve 500 miles on a full charge, which is more than the Lightning (230-320 estimated miles), the Silverado EV (up to 400 miles) and the Rivian R1T (314 miles). Tesla claims the Cybertruck will get 500 miles of range, but imaginary trucks can’t travel far.

Where it could set itself apart

A new teaser video of a clay model appears to show a two-door single-cab truck, which is different from the Lightning, Silverado EV, Hummer EV pickup, Cybertruck, and R1T, all of which are four-door vehicles. However, spy photographers captured pictures of the Revolution mocked up with a crew cab and long bed, which suggests that perhaps the Ram 1500 BEV (battery electric vehicle) will be available in a variety of body styles like the gas-powered version.

Stellantis reporting specialists Mopar Insiders snapped the spy photos, and the reporter developed some assumptions based on what the pictures show. Referencing Stellantis’ EV Day 2021 event, Mopar Insiders recalled a claim that vehicles built on the new EV-ready frame architecture will include individual electric drive modules (EMDs) capable of 330 kilowatts (443 horsepower) each and that each frame can accommodate up to three of those modules. Considering the Lightning uses two EDMs and the GMC Hummer EV uses three as well, Insiders believes a Ram Revolution with three motors can generate up to 990 kilowatts, or more than 1,320 horsepower. (That’s a lot.)

On top of that, Koval said the Revolution will be enhanced by a gasoline or diesel-fueled range extender. You can think of a gas-powered range extender as the exact opposite of a hybrid, which harnesses the power of an electric motor to boost the initial torque. Ram has experience with hybrids, as it launched its eTorque mild hybrid system in 2019 on the Ram 1500. Ram’s eTorque replaces the traditional alternator and adds more functionality for a quieter ride, improved fuel economy, and better towing and hauling capability.

The Consumer Electronics Show, or CES, has become a popular platform for technology and vehicle reveals; in fact, GM CEO Mary Barra unveiled the Chevrolet Silverado EV at the 2021 event. While Ram is trailing the Silverado by a year, that may not be a detractor for the Stellantis brand considering all-electric trucks are still such a new entity. Truck buyers are still skeptical of towing numbers and range when it comes to EVs, and the uptake is going to take more time. By the time the Revolution arrives in dealerships in 2024, the market (and the beleaguered supply chain, which has struggled to manufacture the necessary chips that run the electronics systems) will hopefully be ready.