There’s a reason NASA-inspired heat sheets have survived for so long. 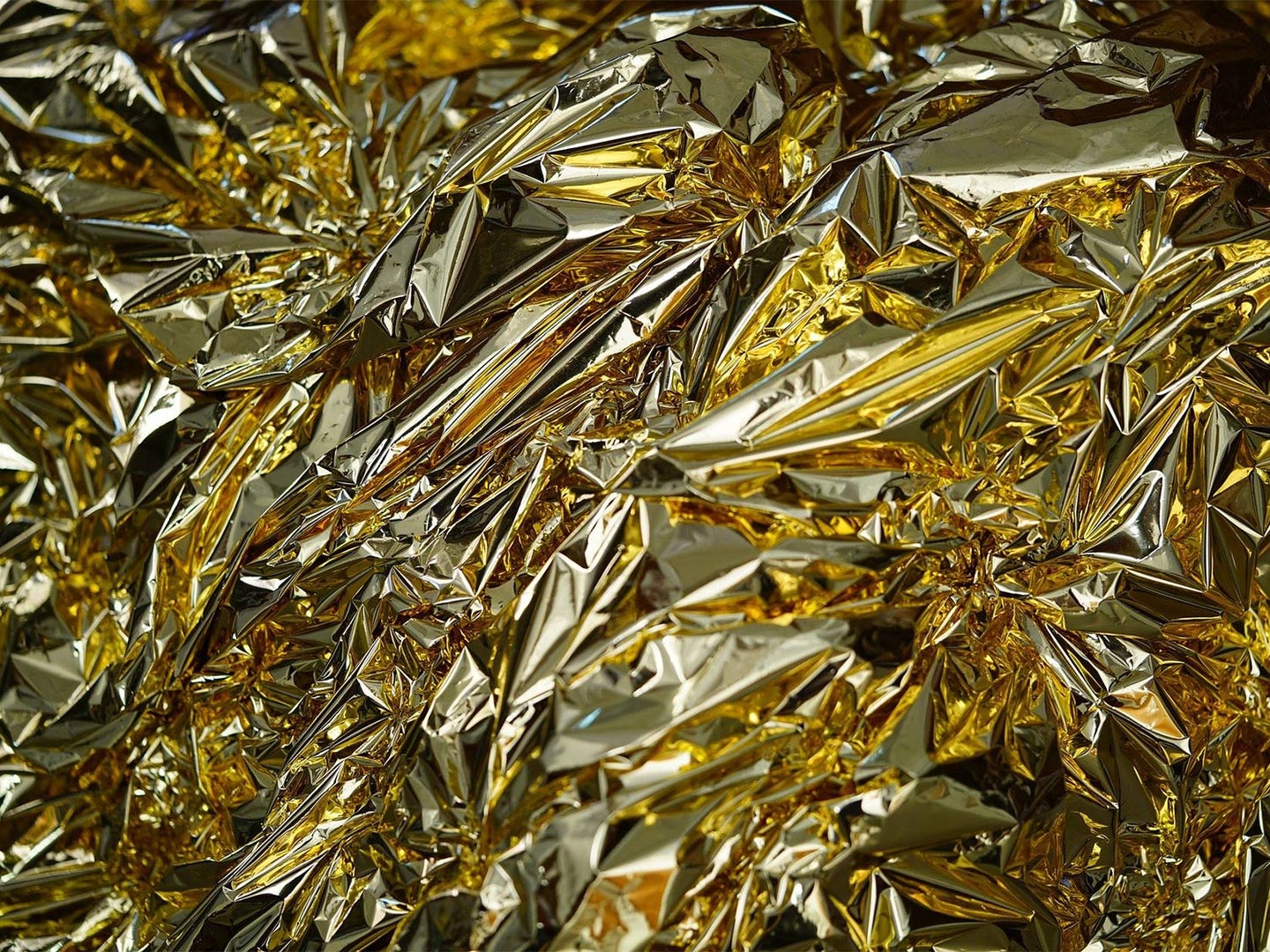 Like many sports people, I packed a space blanket for years before ever having to use it. When I finally did unwrap the crinkly Mylar sheet, it wasn’t to save my life but to make a clean job of ending an animal’s. An elk I’d shot had fallen in a shintangle in Idaho’s Centennial Range, and I spread the blanket to keep the meat free from debris while quartering. By necessity I made camp nearby. When my fire died, I retrieved the blanket from where I’d stashed it—the Centennials being prime grizzly country—and wrapped myself up, frozen blood, bits of guts, and all.

It wasn’t a promising start to a working relationship, but I continue to carry the “miracle ounce,” not only because it can keep my heart beating through a cold night but because nothing else in my pack can be put to so many practical uses.

From the bathroom to the moon

It’s been over 50 years since the space blanket’s introduction. But the material—essentially plastic sheeting vapor-coated with metallic particles—was first used commercially in the 1950s as an avant-garde wall covering in bathrooms. The fad might easily have died in the loo, but NASA saw the advantages of a material that could at once repel the intense heat of the sun and protect the dark side of a spacecraft from the subzero cold of space. By the time Apollo 11 touched down on the moon in 1969, the fabric had advanced; Neil Armstrong’s space suit was made of space-blanket material that included a layer of pure gold.

Civilians have always had to settle for aluminum. But while the metal may be cheap, the results aren’t. No other material has the ability to reflect body heat so efficiently, and because life insurance never came at such a minimum weight and low price, the space blanket rapidly became a staple in nearly every outdoorsman’s pack.

There are countless ways that a sportsman can configure a space blanket to his advantage. It is best known as a wraparound blanket; in addition to slowing sweat evaporation and blocking wind, it reflects 90 percent of body heat, minimizing cooling through convection and radiation. To explore some other uses, I recently spoke with David Deigan, the CEO of Advanced Flexible Materials (AFM), which supplies the blankets to Adventure Medical Kits. Deigan points out that, to be effective, a space blanket must be used properly. Place the shiny side next to your body, as the dull silver side reflects only 65 percent of radiated heat. Carry duct tape to snug it in place. I know a caribou hunter whose sole reminders of surviving a night on the Alaskan tundra are the frostbitten fingers where he pinched his space blanket together.

Space blankets also serve as a great footprint under a tent and as a cover to increase the warmth of a sleeping bag (AFM’s bivy sacks work best here). You can also use one as a signal mirror. Just wrap it around a green limb bent into a circle and face it into the sun. And one of the most practical applications of a space blanket is using it to make a lean-to.

As I mentioned, a space blanket even makes a clean drop cloth for field dressing game. Just don’t make the same mistake I did. Not unless your intent is to provide a grizzly bear a hot meal.