Why Did King Tut Have A Knife Made Out Of Meteorite?

It's not as weird as you'd think 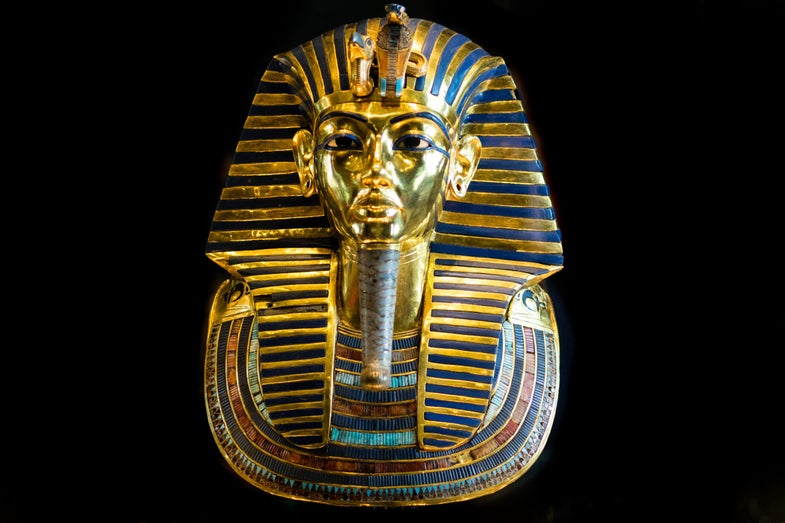 I hate to tell you this, but aliens had nothing to do with ancient Egypt.

I know. I’m sorry. But to make it up to you, there is evidence that some bits of ancient Egypt did come from outer space.

In a recent study researchers found that one of the iron daggers in King Tut’s tomb was fashioned from a meteorite.

King Tut was buried sometime in the 14th century BC. X-ray analysis of the 13-inch dagger showed that the iron that was used to make the blade contained relatively high levels of nickel and small levels of cobalt, indicating that it came from an iron-rich meteorite, not terrestrial iron ore.

This isn’t as surprising as you might think. It takes an enormous amount of heat to extract iron from iron ore (iron-rich rocks). Metalworkers in ancient Egypt could (and did) work with metals with lower melting points like copper, tin, and gold, even creating alloys of copper and tin to make bronze (leading to the term the ‘Bronze Age’ for this period of time). But during and before the reign of King Tut, the craftsmen didn’t yet have the technology to heat forges to the high temperatures needed to smelt (extract) iron from terrestrial sources.

That means that before the Iron Age started in Egypt around 1200 BC the only reliable source of iron (and it was still rare), was meteorites, where iron was already so concentrated that gifted metalworkers could work with the metal, essentially skipping the step of extracting the iron from ore.

“During the Bronze Age, iron was definitely rare, its value was greater than that of gold, and it was primarily used for the production of ornamental, ritual, and ceremonial objects” the authors write in the paper.

The authors also note that during the 13th century BC, hieroglyphs that refer to iron undergo a shift. Instead of just referring to iron as ‘iron’, writers refer to ‘iron from the sky’ indicating that Egyptians and other people around the Mediterranean knew perfectly well where these valuable metal-rich rocks were coming from.

An iron dagger found in King Tut’s tomb was probably crafted from meteorites.

And while this is one of the more spectacular examples, it isn’t the only one. Iron beads crafted from meteorites (also from Egypt) show up in the archeological record around 3,300 BC. People living in the Ohio area around 100 BC also created small iron objects out of iron from meteorites. Iron-rich meteorites were also used by people in Greenland as a source for the (then) precious metal.

Meteorites are still being used to make swords and knives to this day. People of note, from Tsars to Terry Pratchett have counted meteorite blades as among their most prized possessions.

Check out famed master bladesmith Bob Kramer showing Anthony Bourdain how to make a kitchen knife out of a meteorite: