It's not rocket science, but it's still tricky. 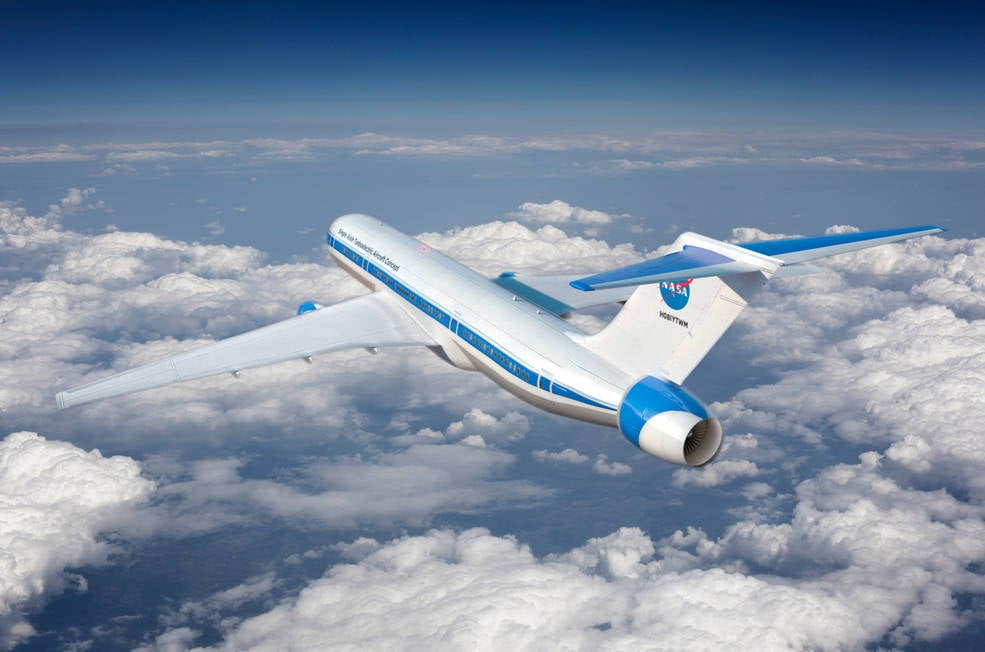 NASA’s endeavors inside the atmosphere don’t get nearly as much attention as their off-world missions, but they could have a big impact on our planet.

Researchers at the NASA Glenn Research Center are working on developing a hybrid plane that will function kind of like a hybrid car, relying on both fossil fuels and electricity to power itself through the sky. Scientists are working on all components of the hybrid system, developing new hybrid electric engines, but also working to improve small pieces, like insulation around the wiring in the aircraft.

“These systems use electric motors and generators that work together with turbine engines to distribute power throughout the aircraft in order to reduce drag for a given amount of fuel burned,” Amy Jankovsky, a NASA engineer said. “Part of our research is developing the lightweight machinery and electrical systems that will be required to make these systems possible.”

The researchers think that these advances could make flying up to 30 percent more fuel efficient. Considering that commercial airlines in the United States used over 8.9 billion gallons of fuel last year, that’s a huge chunk of gas saved, and a large reduction in carbon emissions.

Of course, the researchers at the Glenn Research Center aren’t the only ones looking into how to make airplanes with a lower carbon wingprint. Check out this infographic of the past, present and future of electric flight.