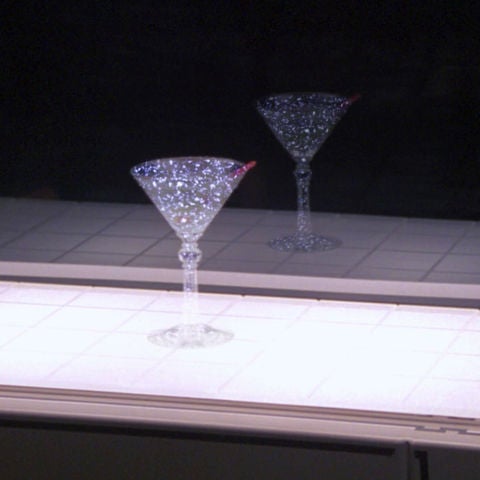 “Calling all Starfleet cadets! Star Trek and NASA want you to engineer the future of food in space.”

That’s the message that NASA and the American Society of Mechanical Engineers (ASME) Foundation are sending to enterprising young inventors across America, as part of the new Star Trek Replicator Challenge.

The challenge, which was officially announced today at New York’s Intrepid Air and Space Museum (the one on a retired aircraft carrier), asks kids in grades K-12 to create 3D models of non-edible, food-related items (i.e. knives, flatware, food storage/disposal devices, etc.) that astronauts will be able to 3D-print in the year 2050.

The grand prize winners in the “Junior” and “Teen” age categories will receive trips to New York City to visit the Intrepid Air and Space Museum’s “Starfleet Academy” experience, as well as a tour of the decommissioned Space Shuttle Enterprise with a NASA astronaut as a guide, and “mystery Star Trek prize pack[s].” Meanwhile, four finalists in each age group will get a 3D-printer donated to their school. And 10 semifinalists will also get a prize pack from NASA and Made in Space.

The submission period runs from today through May 1 and the winners will be announced on July 5. Read the rules here, the design guidelines here, and create an account here.

The challenge is officially part of NASA and ASME’s collaboration called “Future Engineers,” and is the third challenge to be issued so far.

According to the official press release on StarTrek.com, winning prizes include “a trip to New York for a tour – with an astronaut — of the Space Shuttle Enterprise at the Intrepid Museum, a 3-D printer for the winners’ schools or a Star Trek prize pack.”

You can enter the Star Trek™ Replicator Challenge here.