Though the Apollo lunar modules were built for the sole purpose of landing two men on the surface of the... 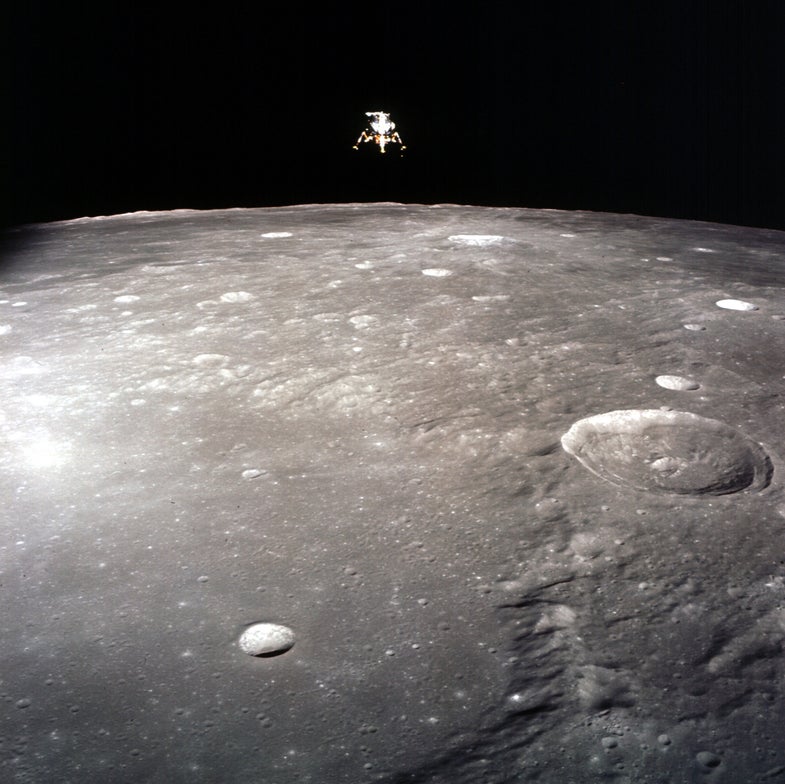 Though the Apollo lunar modules were built for the sole purpose of landing two men on the surface of the Moon, their usefulness didn’t end after ascending from the lunar surface. NASA used the spent spacecraft for science, directing these modules for controlled crashed into the Moon. These crashes caused moonquakes, and scientists measured the vibrations moving through the Moon and found it rings like a bell.

The real goal of the seismic experiments was to figure out the Moon’s internal structure. Measuring how long the reverberations last, how powerful they are, and how big the waves get can reveal what the Moon is made of. Remote seismic stations were instrumental in this investigation, and they were deployed as part of the Apollo Lunar Surface Experiment Packages that astronauts set up on the Moon on Apollos 12, 14, 15, and 16; different versions were deployed on Apollos 11 and 17. From when they were first set up to when they were remotely shut down in 1977, these ALSEPs recorded all kinds of seismic activity. The data was sent back to receiving stations on Earth where the signal was magnified by 10 million so scientists could interpret the signal. 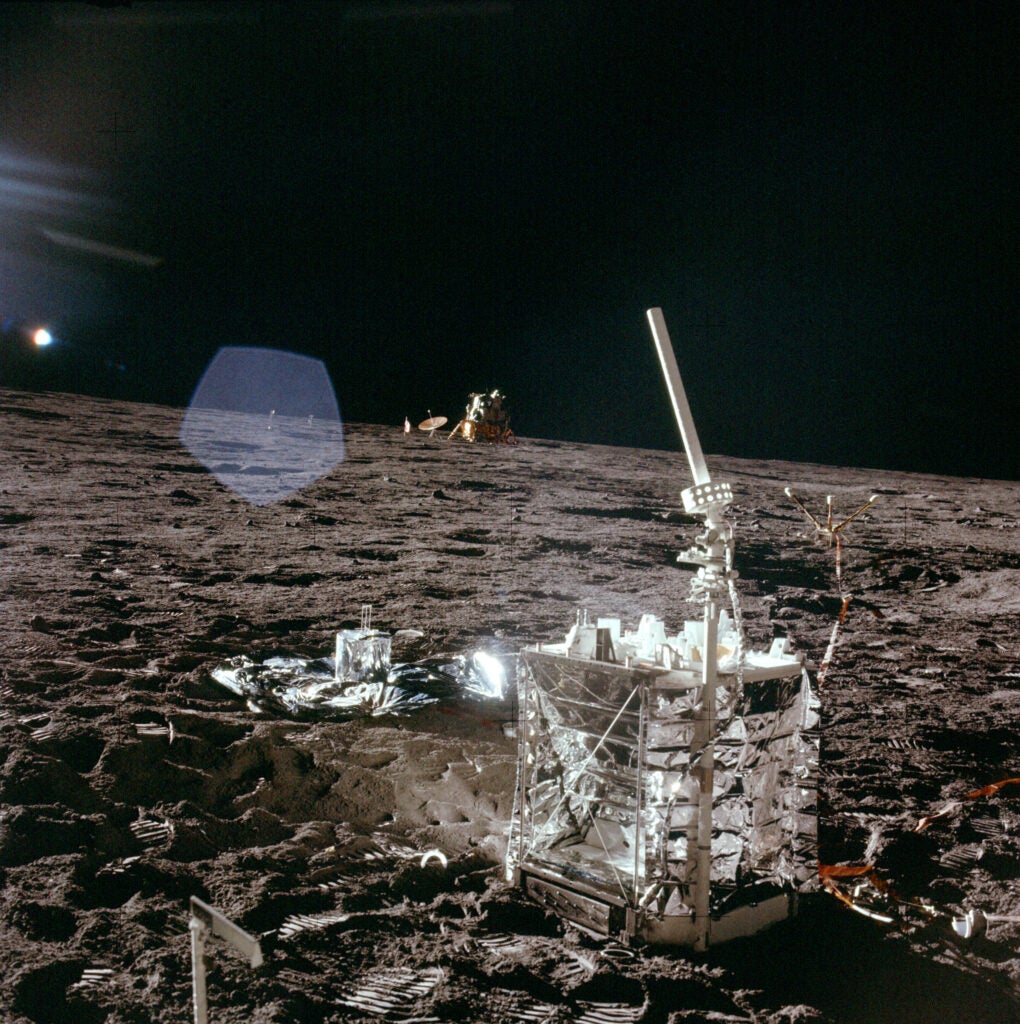 But something interesting happened on Apollo 12. After Pete Conrad and Al Bean landed at the Ocean of Storms on November 14, 1969, they left the lunar surface 142 hours into the flight. Eight hours later, they were reunited with Dick Gordon in the command module and sent their spent lunar module back to the Moon. It impacted about 40 miles away from the Apollo 12 landing site with the force of one ton of TNT. The resulting shockwave built up and peaked in just eight minutes. Then it took an hour to fully dissipate.

Something similar happened on Apollo 13. The S-IVB impacted the Moon 85 miles from Apollo 12’s ALSEP — CMP Jack Swigert joked at the time that it was the only thing on that mission to go right. It hit with the force of 11 and a half tons of TNT. This translated to a seismic impact peaked after seven minute with shockwaves 30 times greater and four times longer than those from Apollo 12’s LM impact.

The vibrations from these two impacts lasted longer than scientists expected, far longer than any equivalent vibrations last on Earth. It was almost as if the Moon was ringing like a bell. This strange result forced scientists to think differently about the Moon and its composition. 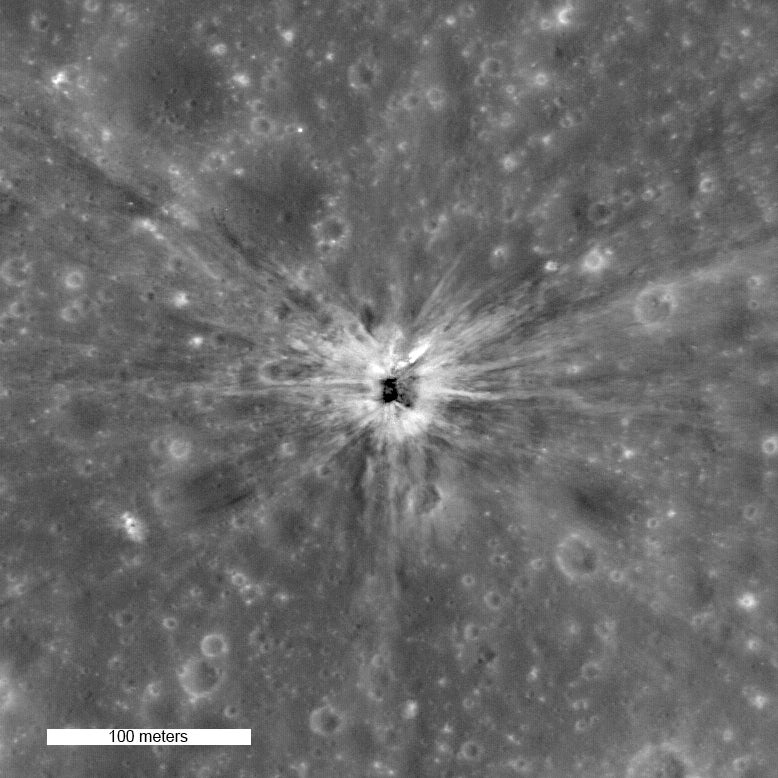 It turns out that these impacts were characteristic of one of four types of moonquakes scientists studied from ALSEP data. Some moonquakes originate deep below the surface because of lunar tides, some are thermal quakes caused by the Sun thawing the frozen surface at the start of a new lunar day, and others are caused by impacting meteors. The fourth kind of moonquake is a shallow moonquake occurring roughly a couple of tens of miles below the surface. The lunar module and S-IVB both produced this kind of vibration, and these are the most violent types of moonquakes.

Between 1972 and 1977, scientists recorded 28 shallow moonquakes registering as high as 5.5 on the Richter scale. On Earth, that will move heavy furniture and crack plaster, but the vibrations usually die down in a matter of minutes.

It all comes down to water. There’s moisture in the materials that makes up our planet, expanding their structure. As energy from an earthquake moves through our planet, that damp material acts like a sponge, absorbing the energy of the waves and ultimately deadening their effects. But the Moon is dry, cool, and rigid, more like a solid rock than a sponge. So even if a moonquake is less intense, there’s nothing to deaden the vibrations. They just go back and forth through the body until the solid stone eventually stops them. The “ringing bell” is the shock waves reverberating through that stone.