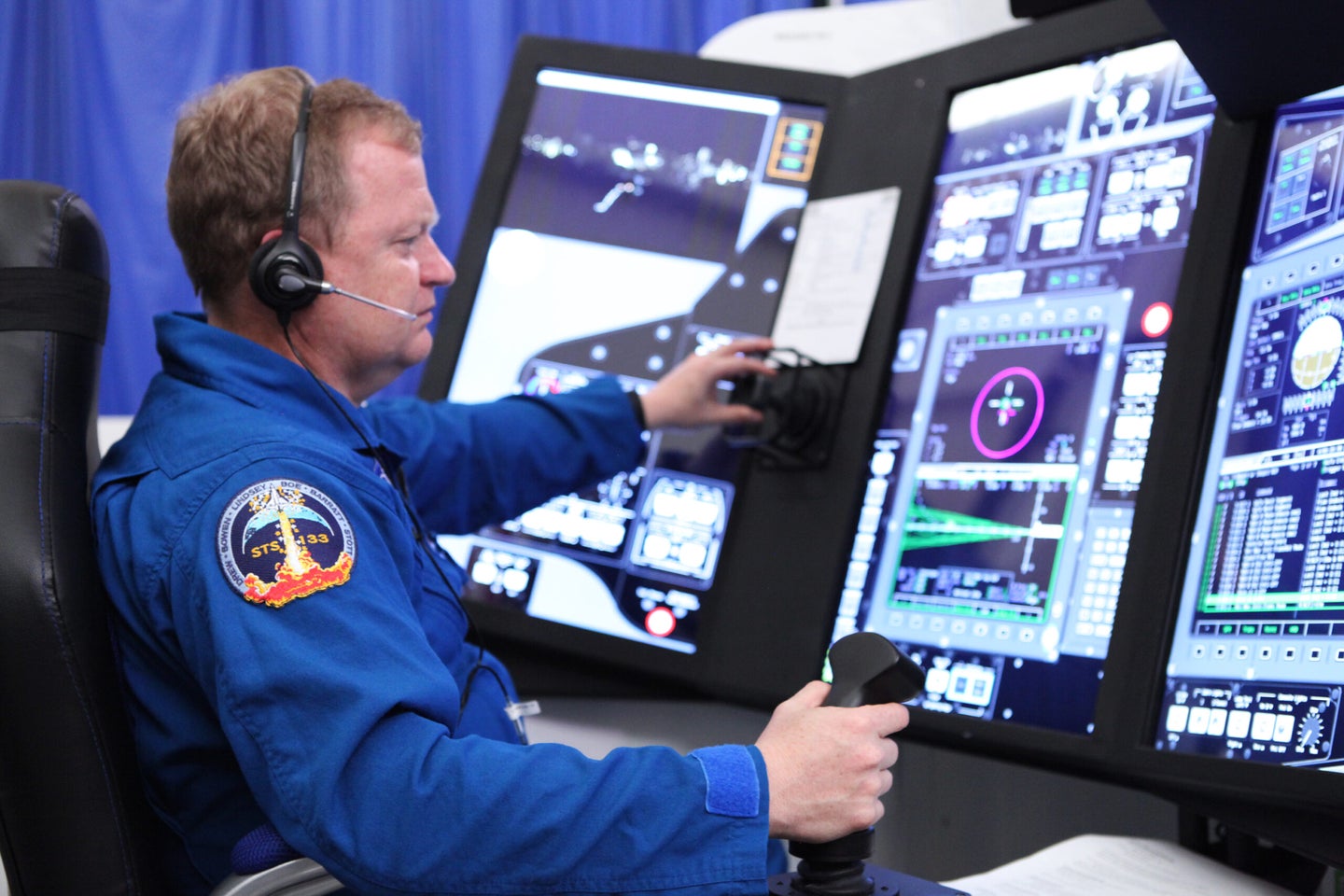 When Boeing’s new CST-100 Starliner spacecraft carries its first astronauts to the International Space Station in 2017 or 2018, it’s going to ring in a whole new era of American spaceflight. And to prepare for these missions, NASA is training its astronauts on the next generation of controls. And much like the controls from Star Trek: the Next Generation, these new consoles are all touchscreen.

“These simulators have touchscreen displays, which means they are more versatile than previous spacecraft trainers,” notes NASA astronaut Suni Williams. In the age of smartphones, touch screens seem like a foregone conclusion, but they’re apparently new for NASA. “We can run multiple simulations,” Williams continued, “by just changing software and then put that same software into a bigger crew simulator, which we will use to train the whole crew for a spaceflight.”

It may not feel as futuristic as it did on the bridge of the Starfleet’s Enterprise NCC-1701-D, but it’s still a big step to the future of peopled spacecraft. Watch a short video about it below: