5 scary games to play this Halloween

Celebrate spooky season with some of the biggest scares in gaming 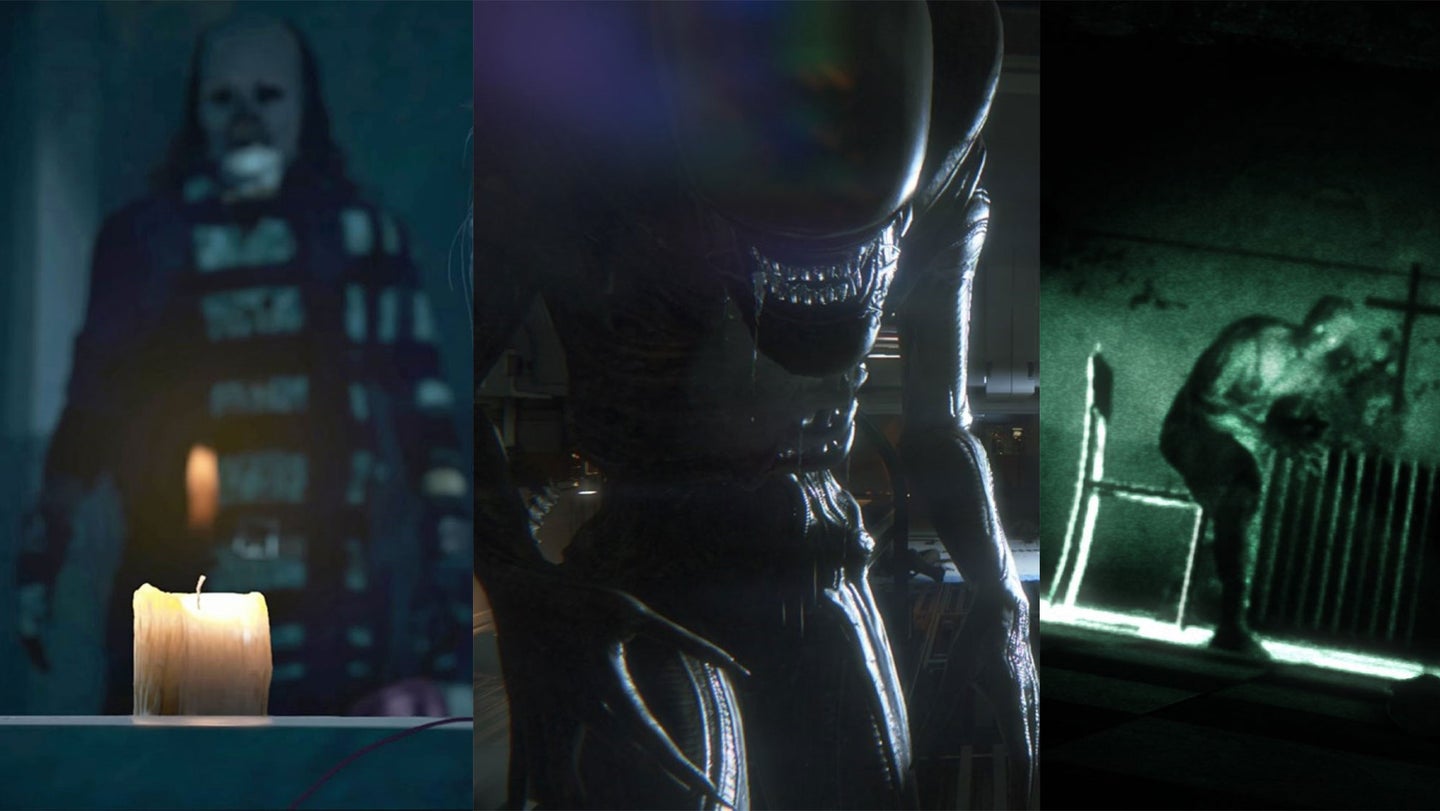 Halloween has long served as an excuse for us to visit and revisit our favorite scary games, TV, movies, and books. Games lend themselves especially well to horror. Where many popular video games put you in the shoes of a powerful hero, horror games often stand out for focusing on helplessness and limiting your ability to deal with obstacles in front of you. How scared can you really get when you’re armed to the teeth?

This year especially, as a real-life pandemic nightmare rages on, there’s no better time to celebrate the spookiest time of year by staying in, turning the lights off, and tucking into a horror game. We’ve curated a list of five top-tier modern scary games to play, widely available on a range of contemporary platforms. Beloved players and critics alike, these titles encompass a variety of themes and gameplay mechanics while offering some of the best scares you can give yourself this spooky season.

A message from your missing wife draws you, everyman Ethan Winters, to a creepy, derelict plantation in rural Louisiana to find and rescue her from the sinister family holding her captive. The Resident Evil franchise (Biohazard in Japan) has been a pillar of video game horror since its inception in the mid-’90s. In its many, many games, an insidious bioweapon maker, the Umbrella corporation, repeatedly fails to contain viral outbreaks of a chemical that turns people into zombies and all other manner of creatures.

Resident Evil 7 is not the latest in the series, but it’s definitely the scariest. When it came out in 2017, critics considered the de facto reboot a return to form for the series, which switches the perspective from third-person to first-person and focuses heavily on survival and exploration to create an incredibly tense atmosphere. The transition to first-person also led publisher Capcom to make the game playable in virtual reality on Sony’s PSVR headset, which makes the experience even more immersive… and terrifying.

Earlier this year, Capcom released a direct scary game sequel to RE7, Resident Evil Village. Village brings back RE7’s first-person perspective and protagonist, but it’s a more action-packed adventure. While it’s worth playing, we’re recommending RE7 for horror fans because it is more focused on atmosphere and scares. It’s also a great jumping-on point for new players who have never experienced the series.

1979’s Alien is one of the greatest sci-fi horror films of all time, spawning a franchise that has made a huge impact on genre media in general, including games. There have been dozens of licensed games inspired by the films for decades, but they’ve typically followed the lead of the much more action-packed 1986 sequel Aliens, where the solution to alien threats tends to be space marines with pulse rifles. Alien: Isolation is a pure horror experience that captures the spirit of the original film, in which Ripley is all but helpless, trying desperately to outwit and outmaneuver the infinitely more dangerous xenomorph.

In Isolation, you control Amanda Ripley, daughter of the original series’ protagonist Ellen, who travels to the space station Sevastopol in pursuit of information about her mother’s disappearance. As you would expect, the station has already been ravaged by a loose xenomorph when they arrive. Trapped on the station, Amanda must avoid the monster stalking her through stealth and clever use of the environment. There are also other hostile humans and androids that you can dispatch with conventional weapons, but, true to gaming’s survival horror genre, ammo is limited to keep the pressure high. If you’ve ever wanted to nervously stare at a beeping motion tracker while hiding in a locker from an invincible cosmic horror, Alien: Isolation is the scary game for you.

Available on: PS4 (playable on PS5)

Eight young adults gather in a remote mountain lodge where two of their friends died under mysterious circumstances a year before. You can probably imagine where this is going. Until Dawn is the closest that video games have come to a playable slasher film. As 1996’s Scream so expertly satirized, the slasher is a rich genre with established conventions and so-called “rules,” making it perfect fodder for an interactive story with branching paths.

You control all eight characters, exploring environments, finding items, and making tense decisions while being asked to follow sudden button prompts that could be a matter of life and death. The story branches widely based on your actions, and there is no real way to “lose” the game. Depending on how you play, all or none of the characters may survive, leading to hundreds of possible variations on the ending. No matter what happens, at least some characters will make it to the climax, ensuring a complete story, and a proactive autosave encourages players to fail forward, embrace consequences, and replay the whole game to see alternate paths. As with other branching narrative-driven scary games, Until Dawn is perfect for playing with friends and collectively making decisions, as you’re essentially watching an interactive horror miniseries. The scares hit whether you have a controller in your hand or not. It even has some real Hollywood-caliber actors like Rami Malek, Hayden Panettiere, and Peter Stormare.

Where many of the other scary game entries on our list embrace the obvious spooky potential of first-person immersion, Little Nightmares 2 embraces the medium’s range and injects some horror vibes into an unsettling 2.5D puzzle-platformer. You play as a little boy with a paper bag over his head named Mono, exploring a creepy city full of monstrous adults past whom you need to anxiously sneak.

Little Nightmares 2 is a prequel, and generally improved upon the first one in every way with smoother gameplay and a greater variety of environments, as well as excising some unfortunately fatphobic imagery. Both games stand out for their evocative compositions that make excellent use of light and shadow and the fixed perspective, as well as a creepily immersive sound design. In that way they owe a lot to Playdead’s excellent atmospheric platformers Limbo and Inside, also about small children sneaking through hostile, shadowy environments.

2013’s Outlast and its 2017 sequel are narrative-driven, first-person horror games that really lean into making the player feel powerless, forcing them to run and hide from threats. Both games follow journalists who, through pursuing stories, become isolated in dangerous settings in the American west. The first game takes place in a classic horror locale, a remote psychiatric hospital, overrun by violent patients. The second is set in an Arizona small town that’s run by a murderous Christian cult. You have no weapons at your disposal, and must run and sneak by the murderous locals trying to horribly murder you. The journalist motif follows the game’s primary mechanic: Your only tool is a camcorder with night vision that will help you navigate in the dark. The camera’s limited battery life forces you to take some risks in the dark, ratcheting up the tension. Both games and the original’s side story DLC, Outlast: Whistleblower, have been bundled together as the Outlast Trinity collection on PS4, Xbox One, and PC. They can also be purchased individually on the Nintendo Switch. Even among our favorite scary games, Outlast and Outlast 2 stand out as especially frightening.