Video gaming is for everybody now. Here’s how to get back into it.

It’s never too late for some gaming. 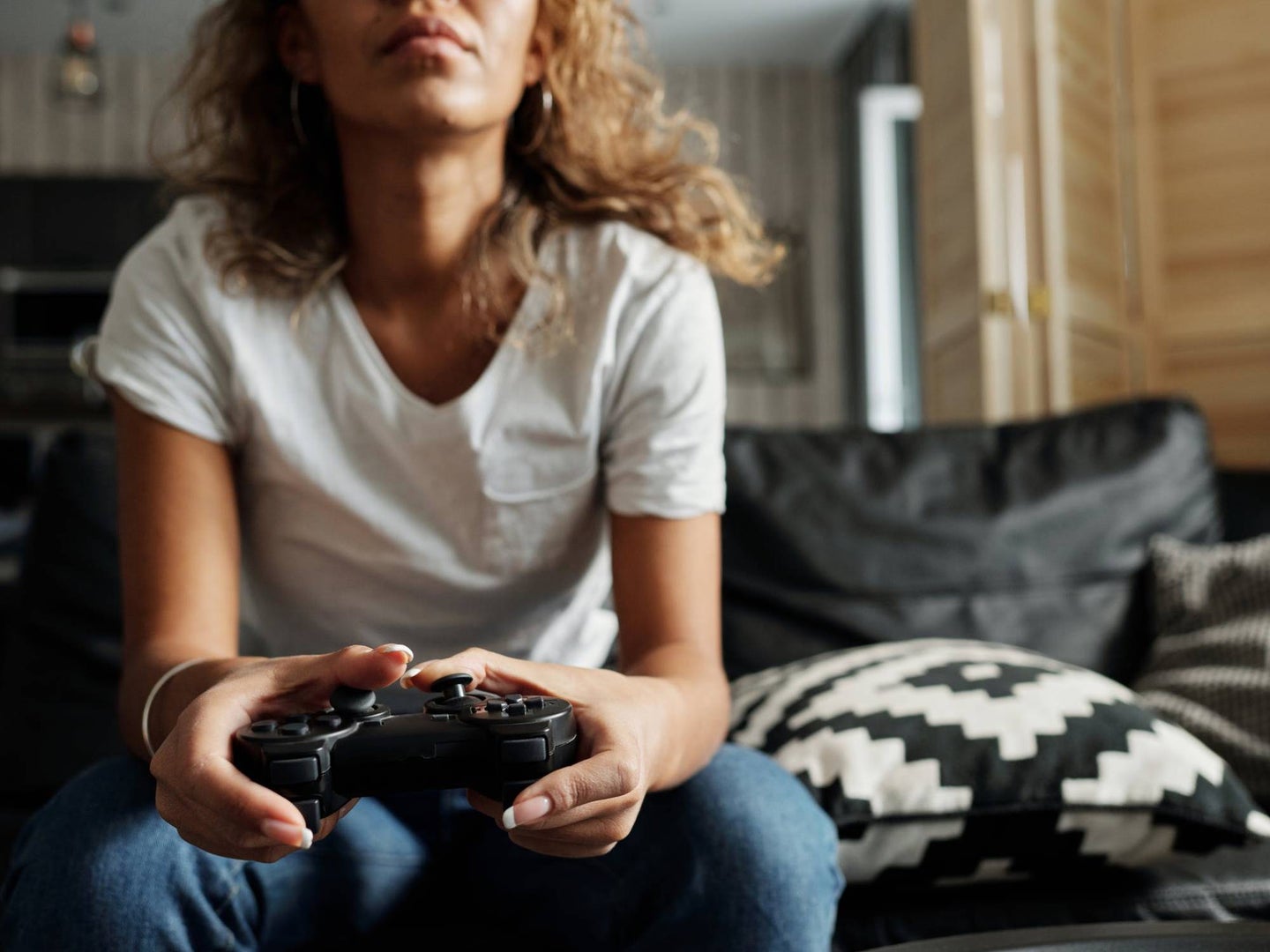 Video games are an excellent way to relax. They can be meditative, social, or just a wild way to blow off some steam. Perhaps best of all, they demand your full attention. It’s hard to play The Last of Us 2 and doomscroll through Twitter like you can with the latest popular Netflix release humming along in the background.

Growing up, I was big into video games like SSX Tricky on the PlayStation 2 and GoldenEye 007 on the Nintendo 64. As I got older, life, work, and other priorities got in the way. But thanks to certain global shenanigans that have made me spend a lot more free time indoors, I’ve rediscovered my love of gaming. If, like me, you haven’t picked up a controller much since the glory days of the early 2000s, you should really give it another shot.

When you’re looking to get into video games, the biggest decision you’ll have to make is what platform you’re going to play on. There are pros and cons to each one, especially if you’re just starting out again.

A dedicated Windows gaming PC is the king of all gaming setups. It offers the most options for games and customization, but you’ll have the least money left over in your bank account.

Thankfully, you don’t need a serious machine for PC gaming. Just download Steam and have fun. You can play huge numbers of games on even the most basic laptop, though you probably won’t have much success with the latest, most graphically intense titles.

The biggest downside to PC gaming, at least in my mind, is that if you work on a computer all day, it’s not that nice to spend all your leisure time in front of it too.

And, while Windows is the gamers’ operating system of choice, you can still play on a Linux PC; there’s just less selection. The go-to is the same: grab Steam, find a compatible game, and dive right in.

Apple’s computers might have the most limited selection of games available. They have a bad reputation as a gaming platform, and it’s fairly earned.

Still, if you only have a Mac at home, don’t let that stop you from gaming. You might be surprised at the range of macOS-compatible games you can purchase through Steam. My girlfriend has been sinking serious hours into Civilization VI while I’ve been enjoying Crusader Kings III.

While the next-generation of consoles has just launched, they’re hard to find—and there’s a good chance you, or someone you know has an old console lying around. It doesn’t even have to be that new; if your childhood N64 still works, get it out and recapture your lost youth.

Even if you don’t have an old console, you can still get a last-generation PS4, Xbox One, or Nintendo Switch for less than $300 if you want to have a dedicated device hooked up to your TV. You can get even better deals if you’re prepared to buy a second-hand or refurbished model.

The big advantage of an older console is the immense depth of (very affordable) games. Depending on how long you’ve been away from the scene, You’ve missed out on nearly a decade of AAA titles. There’s enough content to keep you entertained through the next three pandemics. My PS4 is where I’ve been putting most of my playing hours.

Though if you’re planning to play online games, you’ll need a $10 per month subscription to either PS Plus or Xbox Live Gold. Both are cheaper if you subscribe for longer periods of time.

The big news in gaming at the moment is the next generation of consoles: the PS5, the Xbox Series S, and Xbox Series X (let’s not even talk about Microsoft’s naming scheme).

If you’re just getting back into things, a brand-new, top-of-the-line console might sound tempting, but you should probably hold off. They’re hard to find right now and are pretty pricey, too. There also aren’t yet many games that take advantage of their power.

Also, there’s the same catch with online gaming: expect to pay about $10 each month for the privilege of losing to teenagers.

A few years back there was this weird cultural gatekeeping debate over whether smartphone gamers were gamers. Yeah, it was stupid: a smartphone or tablet can be a fantastic gaming platform. (Sorry Android fans, iOS users have it a lot better).

While we’d caution you against getting hooked on the pay-to-win successors to the likes of Candy Crush, there are lots of deep, involved games you can play on your smartphone. Even Civ VI (iOS, Android) is available.

So far, no one has successfully made the “Netflix of video games,” but both Sony and Google are trying.

PS Now enables you to stream a library of more than 800 PlayStation games to your PS4 or Windows PC (as long as you have a compatible controller) for $19.99 per month.

Google Stadia costs $9.99 a month for a more limited selection of games, though you can also buy games (even new releases like Cyberpunk 2077) through the service. You can stream games to Google Chrome on your laptop, your TV with a Chromecast Ultra, or to a compatible Android phone. Depending on what device you use, you may need a controller too.

While plenty of old hardware is dead, old software lives on in emulators. The Internet Arcade has more than 1,700 retro games from the ’70s, ’80s, and ’90s you can play.

Once you’ve worked out how you’re going to game, it’s time to decide what you want to play. There are thousands of games out there, so you have plenty of options. The biggest choice you’ll have to make is whether you’re looking for some kind of online multiplayer game or a single-player game that doesn’t require an internet connection.

Finding good single-player games is a little easier than finding multiplayer ones, though this also means there are significantly more options to get through.

The simplest strategy is to search for “best-of” lists for whatever platform you’re using. If you know you like a particular style of game, like strategy games or platformers, look for roundups that describe the top choices available. If you haven’t played in years, lots of older games will be new to you. And the best thing about classics is they’re often super-cheap.

Beyond gaming websites, another good source of recommendations are your friends who didn’t stop. When I was getting back into gaming, I hit my brother up for some recommendations. He had a list.

If there were games you loved playing when you were younger, check to see if there are any sequels. Franchises like The Legend of Zelda, Grand Theft Auto, and Mario Cart haven’t gone anywhere. You can also look for spiritual successors: the Red Dead Redemption series is much better than GTA, even though it’s made by the same developers and built around similar systems.

You can also check the charts and sales sections in any of the online stores. What’s popular will give you an idea of what people are enjoying at the moment or you might see something in the discount section that catches your eye.

One thing to note is that there are many more successful independent game studios than there were a decade ago. Don’t ignore a game just because it’s linked to a company you’ve never heard of The amount of top-notch indie games catering to anyone and everyone is my favorite thing about modern gaming.

Although (sadly) not as popular as they once were, there are still games that are meant to be played side-by-side with other people in the same room. Games like Overcooked, Minecraft, and Rocket League all offer ways you can play with friends at the same time.

The popularity of various multiplayer games waxes and wanes. Right now, two of the biggest are Fortnite and, especially on mobile devices, Among Us.

One problem with this genre of games is that there can be a serious learning curve. Although matchmaking systems do their best to prevent beginners from having to play against people who’ve played hundreds of hours, there’s still often a lot to learn.

Since a lot of the fun of online gaming is the social aspect, I’d recommend asking your gamer friends what they’re playing—and then tagging along.

Otherwise, it’s just a matter of finding a game that appeals to you—though with the added complication that there needs to be enough regular players to keep it alive. Check out the charts in your platform’s online store to see what’s popular at the moment.

It’s also worth noting that not all online multiplayer games are competitive. Some, like Minecraft and Animal Crossing are purely cooperative.

Find people to play with (if you want)

Online games are better with other people. If you’ve got friends who game, awesome; reach out to them and ask to join in.

But if your friends no longer play or have too many commitments to reliably join, don’t worry: r/GamerPals is a community where you can find other people to play online with. People post the games they like and when they normally play, so it’s an easy way to find other people who are in the same situation as you.

And if you don’t want to play with anyone, that’s fine too. Everybody has their own way to unwind.

DIY
games
gaming
how to
tech