People are told to trust their senses. Pilots can’t always do that. 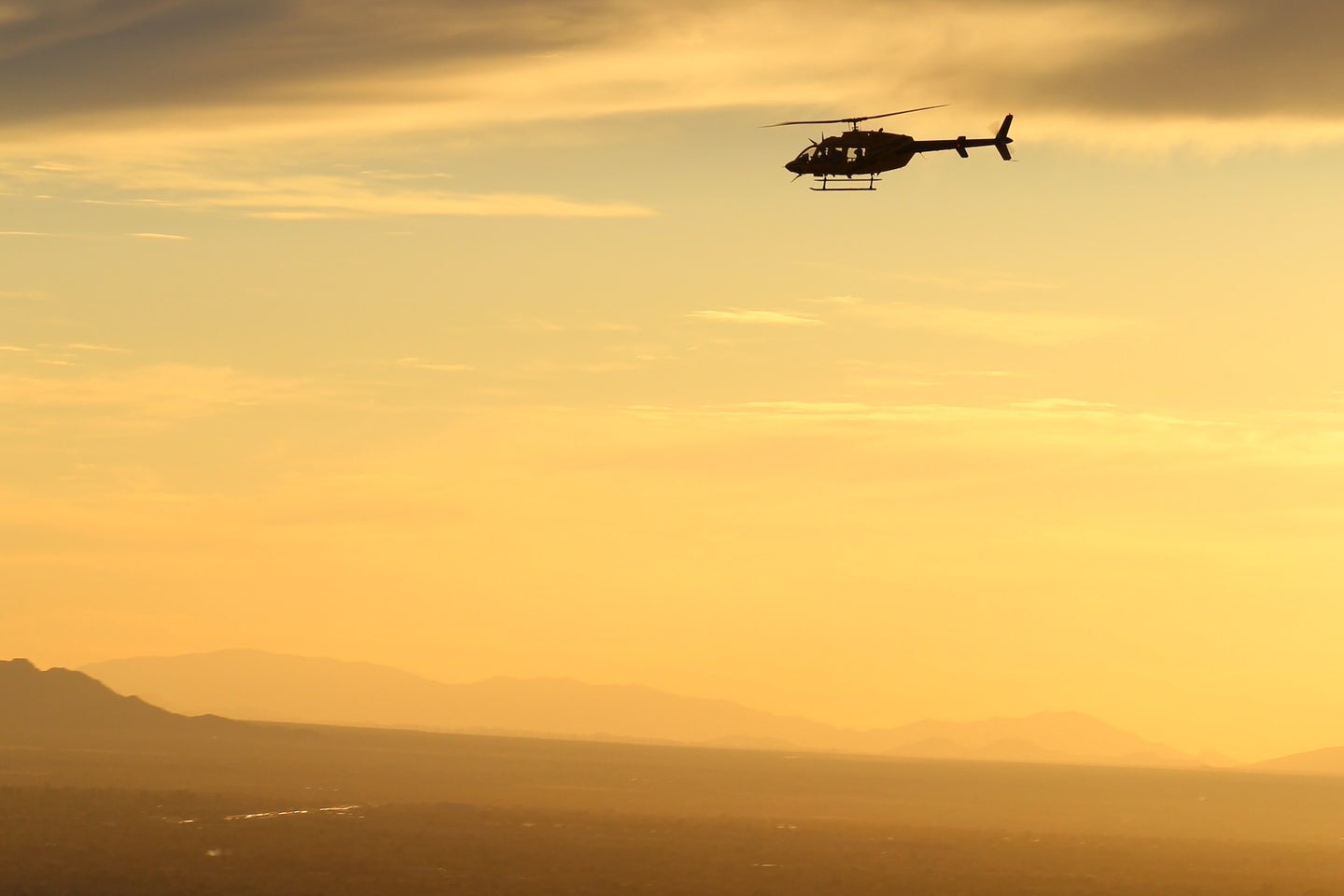 Whether in a helicopter or airplane, a pilot's inner ear can give them faulty information. Photo by Richard Felix on Unsplash
SHARE

In the minutes before the Sikorsky helicopter carrying Kobe Bryant and seven other passengers crashed in Calabasas, California, its pilot made a left turn. Despite initially climbing upwards, the helicopter then descended, continuing that left turn, and crashed into terrain. Among the issues at play in those moments, the National Transportation Safety Board says, was “spatial disorientation and loss of control.”

Just over one year has passed since the accident, and yesterday, the NTSB outlined their findings as to the cause of the aviation disaster during a lengthy public presentation. Their conclusion, summarized in a statement and short report, is that the crash stemmed from the pilot executing “poor decision making” as well as experiencing spatial disorientation.

While multiple causes were at play, the spatial disorientation factor offers a glimpse at the ways in which a person’s senses can deceive them, especially if they’re flying an aircraft. Here’s what to know about how, and why, this happens.

In the air, a pilot’s senses can trick them, and that’s simply because they are biological beings. “As humans, we have evolved to judge our presence in the world, and our orientation in the world, by using not just one sense, but by using multiple senses,” explains Jan Stepanek, a physician who studies aviation, spatial disorientation, and related issues at the Mayo Clinic in Phoenix, Arizona. The first of these senses is our vision. “We’re a visually dominant species,” he says. Do your eyes tell you you’re motionless? You probably are.

The second sense is somatosensory: “your sense of pressure and your muscle and your bone joint sense,” he says. That “seat of the pants” feeling is what reminds you that gravity is pulling you straight down, for example.

But the most important sense in this case is the neurovestibular system, which are the sensors in your inner ear that allow you to detect that you’re moving—motions like accelerating in a car or rolling from side to side. But your vestibular system has an Achilles heel. “The problem with those sensory organs in our inner ear is that they are great at sensing change, especially rapid change,” Stepanek says. “But they are very, very poor at sensing gradual change—and this is where they can easily be tricked.”

It can happen rapidly. For example, Stepanek says that if you were to sit in an office chair with your eyes closed, and someone were to rotate it very smoothly at a constant rate, eventually your vestibular system would be thrown off. First, you’d feel as if your rate of rotation is slowing down, even though it’s not. Then, “after about 20 seconds, you may feel like you’re not moving,” he says. “You can trick your inner ear, especially the semicircular canals, within a very brief time period.” The chair keeps moving constantly, and with your eyes shut, you think you’re motionless.

The same problem can happen while piloting an aircraft. Of course, if the pilot has good visual cues of the world around them, any confusing sensations can be corrected. But on a moonless night, or in the clouds, vision won’t help you. The pilot must rely on the instruments to reveal the truth.

What this means in reality is that an aircraft can be gradually banking and the pilot doesn’t notice, especially when flying through fog. Their vestibular system thinks they’re still level. Without a warning system, “you may with [a] high degree of confidence actually have controlled flight into terrain, courtesy of spatial disorientation,” he says. “And it appears this was exactly what happened in this unfortunate case.”

Some pilots experience a related phenomenon called the “leans.” Imagine a pilot is in a gradual, constant left turn, but doesn’t realize it, and the inner ear’s “liquid is not moving,” Stepanek explains. Suddenly, the pilot notices that they are banked when they look at the instruments, and moves the aircraft back to level flight. The inner ear’s sensor is then “stimulated, and stimulated in the opposite direction, and will give the pilot the perception that they are not level, but they are actually banking to the right.” The aircraft’s instrument correctly tells the pilot the plane is level, but the inner ear tells them incorrectly that they’re banked too much, and the pilot may physically lean to the left, or turn to the left, to feel normal in their body. Those mixed messages last about 20 seconds.

Richard Anderson, a professor of aerospace engineering at Embry-Riddle Aeronautical University, also points out that when an airplane is in a coordinated turn—it is banking and turning at the same time, as it should—the way the forces line up give the pilot and passengers the feeling that gravity is pulling them straight down through the floor of the plane, although the aircraft is tilted. “This is why, when an airliner is in a turn, if you have a water cup on your table, the level of the water doesn’t shift to be with the horizon—it stays level with the airplane—even though the airplane is no longer level,” Anderson says.

And it’s hard to prepare a student pilot for what spatial disorientation will feel like, says Brian Dillman, an associate professor of aviation and transportation technology at Purdue University. “I’ve always considered it a victory, when I’ve been in training with a student, and they have experienced spatial disorientation,” he says. The student will frequently say something like, “‘that’s more aggressive than I imagined it to be,’” he reports.

The crash of the Sikorsky 76B helicopter last year involved both the left turn as well as the pilot evidently thinking he was climbing when he was in fact descending. An NTSB presenter, Dr. Dujuan Sevillian, described this latter phenomenon as a “somatogravic illusion.” (The 24-minute mark of this video has more.) “As the helicopter continued its steep descent, the pilot was either not referencing the helicopter’s instruments, or [was] having difficulty interpreting or believing them, due to the compelling vestibular illusions,” Sevillian said, “and he did not successfully recover the helicopter.”

According to the NTSB, 184 deadly aircraft crashes—including 20 deadly helicopter crashes—involved spacial disorientation in the time period between 2010 and 2019.