In photos: restoring a military plane from the 1950s

The task of bringing "Beach City Baby" back to its glory days is a tough one. 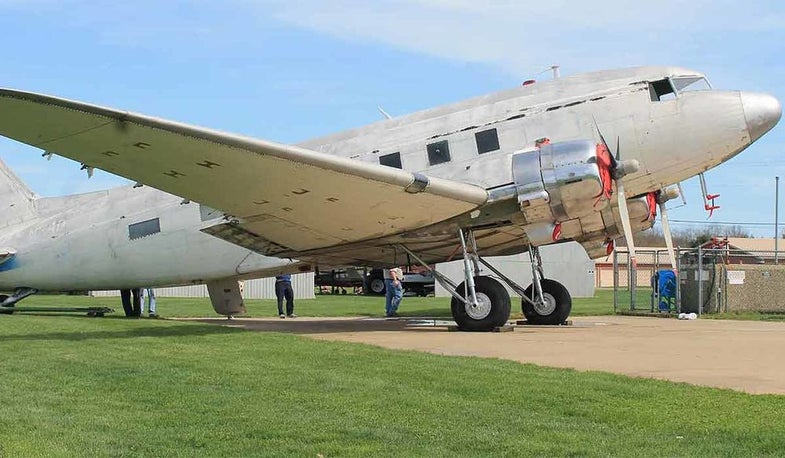 This article was originally published on flying.com.

Perhaps it was just a coincidence that led Jason Capra to a back road in Beach City, Ohio, where he’d spot a Douglas DC-3 seemingly abandoned in a field. Perhaps it was destiny. Whatever the forces of the universe were up to that day, it allowed Capra, an airline pilot and self-described WWII airplane enthusiast, to fulfill his childhood dream of owning and restoring a piece of history.

And this particular airplane is loaded with history, from its two months as Gen. Douglas MacArthur’s personal transport to its service as Buckeye One for Ohio Gov. Jim Rhodes., and not to mention its role in Operation Torch. That’s why it was so important for Capra and his friends and fellow board members at Vintage Wings to raise the $100,000 necessary to buy this plane and give it the restoration it so richly deserves.

Last month, Vintage Wings hosted its Father’s Day Fly-In breakfast and showcased the work that has been done on “Beach City Baby.” Obviously, as Capra recently told us, there is still way more work ahead, and that requires a lot of fundraising. Each step is progress, though, and Vintage Wings was happy to take us inside the restoration process on this beautiful aircraft.