You can't tinker with the sound or noise-cancelling in Apple's high-end on-ear headphones. 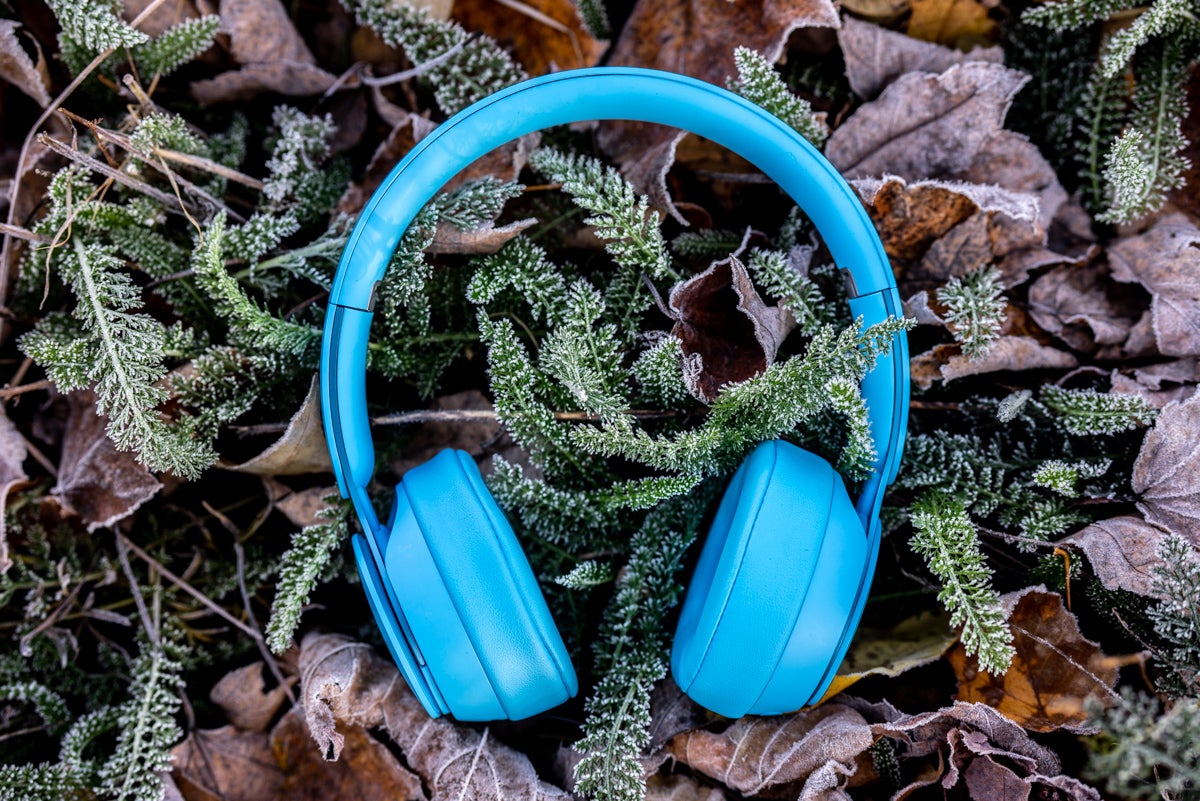 This story has been updated. It was originally published on November 4, 2019.

The phrase “pro” is one of the most abused marketing terms in the tech world. Rather than indicating a product is meant for professional use, it has become a somewhat meaningless catch-all to indicate that something is high-end or fancy. That’s absolutely true in the case of the new Beats Solo Pro headphones—in fact, they intentionally lack some features that audio professionals find essential. Interestingly, even if they have a “pro” name but don’t include some classic pro features, these are some of the best active noise-canceling headphones around for everyday people who don’t want to concern themselves with EQ levels or tweaking ANC performance.

Beats Solo Beats Pro Review: What are they?

Beats previously only offered active noise canceling in its larger over-the-ear models. The new Solo Pro’s smaller cups sit on top of the flexible part of your ear rather than encompassing the whole thing. It’s been a popular form factor for Beats over several generations. The new Solo Pro is an evolution of the Solo line, but it’s a notable step forward since it introduces dramatic changes beyond the new look.

If you’re using an iPhone with the Beats Solo Pro wireless headphones, you don’t need to download an app to change the settings or set them up. If you’re using Android, you can download a dedicated app to help get connected, but it’s not necessary. That’s because the Solo Pros don’t grant you any access to change their sound profile. If you’re hoping to mess around with levels or virtual sliders to tweak sonic performance like with Sony’s high-end headphones, you’re out of luck. There are no other settings, like “pop” or “jazz” to select, either. Right out of the box, the Solo Pros sound like they sound.

For many users, that’s a distinct positive. The Beats Solo Pros sound extremely clean and clear without excess bass to muddy things up. I played “The Choreographer,” by Action Bronson and was impressed how the Solo Pros didn’t get bogged down by the relentlessly heavy bass undercurrent. Playing “Cafo,” by Animals As Leaders, the high end headphones kept up with the relentless guitar runs and constant percussive attack. With Billy Joel, the piano sounded just as twinkly as you’d hope. It’s not perfect—while the highs and lows sounded solid, the mids could sound a little thin from time to time.

While other companies like Sony and Bose brag about how many selectable levels of noise-canceling they offer, Beats (and its parent company, Apple), boast a lack of controls. The ANC system in the Solo Pros detects sounds in the outside world and tries to determine the best method to cancel noise for you current activity. On a plane, it’s cranked to max. On the street, it’s less pronounced to hopefully prevent you from getting creamed by a truck. At the same time, the noise-canceling system also listens inside the earcups to combat any weirdness or distortion that could pop up.

The whole system adjusts hundreds of times every second. You wouldn’t know it to listen to it, though. The ANC shifts gradually, so there’s no distinct moment when what you’re hearing sounds markedly different.

Overall, the ANC is excellent. In terms of raw power, it can’t quite compete with Bose’s 700s or the Sony 1000-MX4, but no one really should expect them to. It’s the simplicity that makes the Beats Solo Pros attractive.

Beats does offer one mode in addition to on and off when it comes to ANC. The transparency mode uses the external microphones to pump in ambient sound and let you listen to what’s going on around you as if you weren’t wearing them at all. Lots of noise-canceling headphones share this ability, but the Solo Pros do it exceptionally well. They’re still very conspicuous when you’re wearing them, so it’s still better to take them off to have a conversation, but if you’re just listening for an announcement on a train or something like that, it works just fine.

Design of the Beats Solo Pro

When it comes to $300 consumer-oriented headphones, the design and small touches make a big difference. When you open the Beats Solo Pro wireless headphone box, the packaging falls away and dramatically presents the headphones to you. The padded case feels extremely luxe and soft. It’s a beautiful object, but it’s annoyingly missing a pocket to hold the charging cable, which I find extremely useful on other brands’ cases.

Apple changed the way it sewed the material on the earcups so there’s no seam to uncomfortably sit against your skin; they also claim that this increases durability. The finish on the band that holds them together is similar to the velvet-like texture on the Bose 700s.

There’s only one button on the entire device—it’s on the bottom of the left ear cup and it lets you cycle the ANC on and off. It’s simple and elegant, but it also means there’s no power button. In fact, the headphones stay on unless you fold them up. I got used to this, eventually, but a few times in my early testing, I took the headphones off and sat them down when I was done listening, only to realize that I had run out the battery because I didn’t collapse them to cut the power.

The battery life promises 20 hours of playback with ANC and always-on Siri functionality. While we didn’t sit with a timer to get an exact runtime for a full charge, I used them regularly for several days with no problems. They also promise roughly three hours of playtime from just 10 minutes of charging. I actually did test this number and got just under three hours from 13 minutes of charging from dead.

When it is time to charge the Beat Solo Pros, you’ll do so with a Lightning cable rather than a USB-C. As an iPhone user, I actually like this method since I typically have a phone charger with me anyway. But, USB-C would be more practical on the whole.

The overall fit clearly isn’t aimed at people with large heads: in my case, the band just barely accommodated my noggin. I’ve seen some Solo Beats Pro reviews claim they squeeze too hard, but I’ve found that to be the case with almost all on-ear headphones and I think it plays an important role in keeping them in place. If you can, I always recommend that people try on pricy headphones before making the leap, and that’s no different here.

Who should buy them?

Are the Beats Solo Pros the best sounding headphones? The $300 Solo Pros sound great, but so do many other high-end headphones in that range. These really shine, however, for people who want excellent sound and solid noise-canceling with minimal fuss. If you want to tinker, however, look elsewhere.