The iPhone doesn’t come with headphones anymore, but Beats seriously dropped the price on these wireless buds. 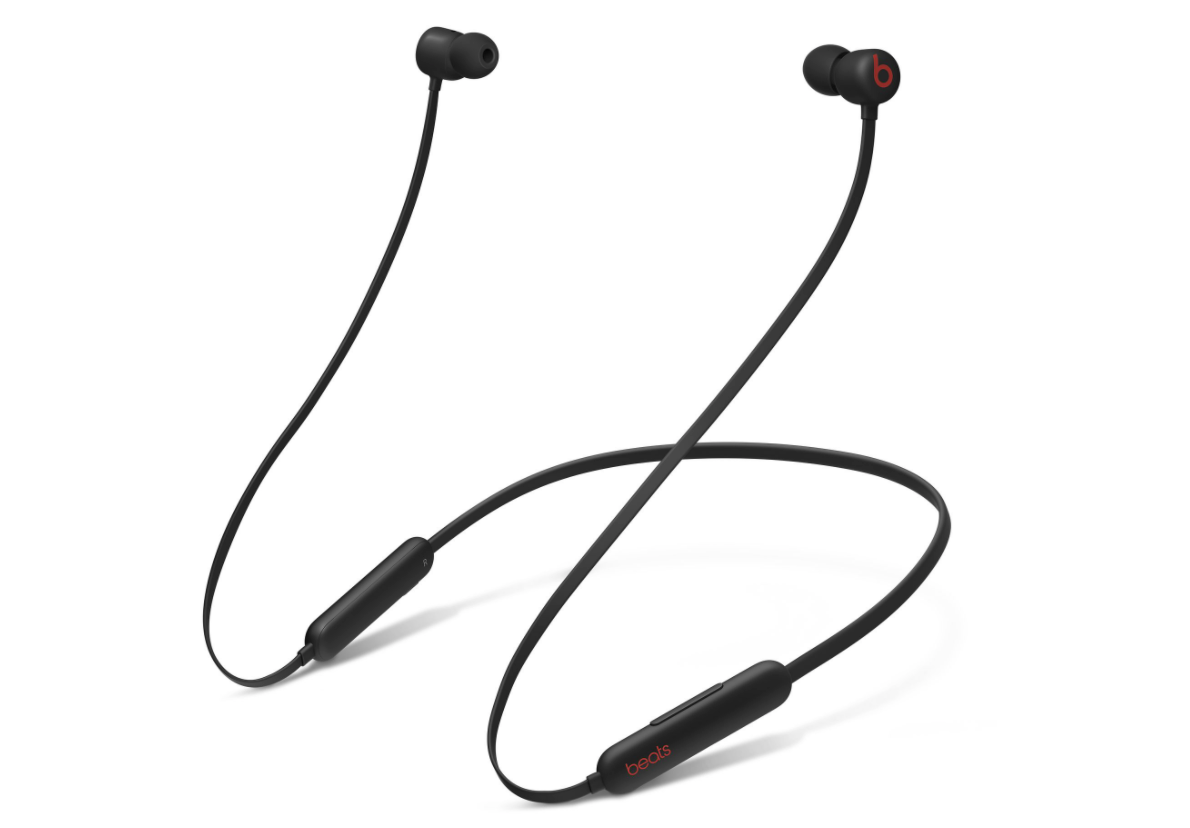 They charge via USB-C and offer 12 hours of battery life. Beats
SHARE

Earlier this week, Apple announced that it would no longer include headphones or a charging brick in the box with its smartphones, starting with the new iPhone 12. The company says the change allows for a smaller retail package that ships more efficiently, and makes a considerable dent in the materials required to assemble each package.

Apple also claims that large numbers of users—Tim Cook didn’t offer specific numbers during the presentation—have opted for wireless headphones. Staying in the Apple ecosystem for wireless earbuds, however, isn’t cheap. The most affordable non-refurbished AirPods will set you back $159 unless you get them on-sale.

On new iPhone day, Beats announced a new pair of $50 wireless headphones called Beats Flex. They’re not truly wireless—the buds are tethered together with a cord. They charge via USB-C and magnets attract the buds together when they’re not in use. They don’t require a charging case like the AirPods or other truly wireless models.

If they look familiar, it’s because the Flex earbuds are a descendent of the Beats X headphones that debuted roughly three years ago in 2017. Those, however, cost $150, which makes the Flex a much better deal.

Despite the drop in price, the Flex phones still come equipped with Apple’s W1 chip inside, which makes for easy pairing and takes advantage of other AirPod features like audio sharing. The performance still won’t match the current-generation AirPods, which have the updated H1 chip inside, but the Flex should sync much more quickly and reliably than third-party options if you’re using an iPhone.

Rounding out the rest of the specs, the Beats Flex will get up to 12 hours of battery life and can turn ten minutes of charging into more than an hour of playtime—if you need to juice up in a hurry. The audio components include a proprietary driver with laser-cut venting that Beats claims produces a “rich, balanced” sound. We won’t know exactly how those claims hold up until we’ve experienced the retail versions for ourselves.

If you would rather opt for the corded Lightning-powered EarPods that used to come inside the iPhone box, Apple has now lowered their price to $19, down from $29 before. (It’s surprising that they were that expensive in the first place.) The 20-watt power adapter will also now set you back an extra $19, but that’s down from $29 as well.

Of course, you could always explore the vast landscape of Bluetooth headphones that exist outside of Apple’s ecosystem, unless you’re totally spoiled on that instant pairing tech.