The Bose Noise-Cancelling Headphones 700 are the strongest around

They're not made for heavy metal concerts, but we took them there anyway. 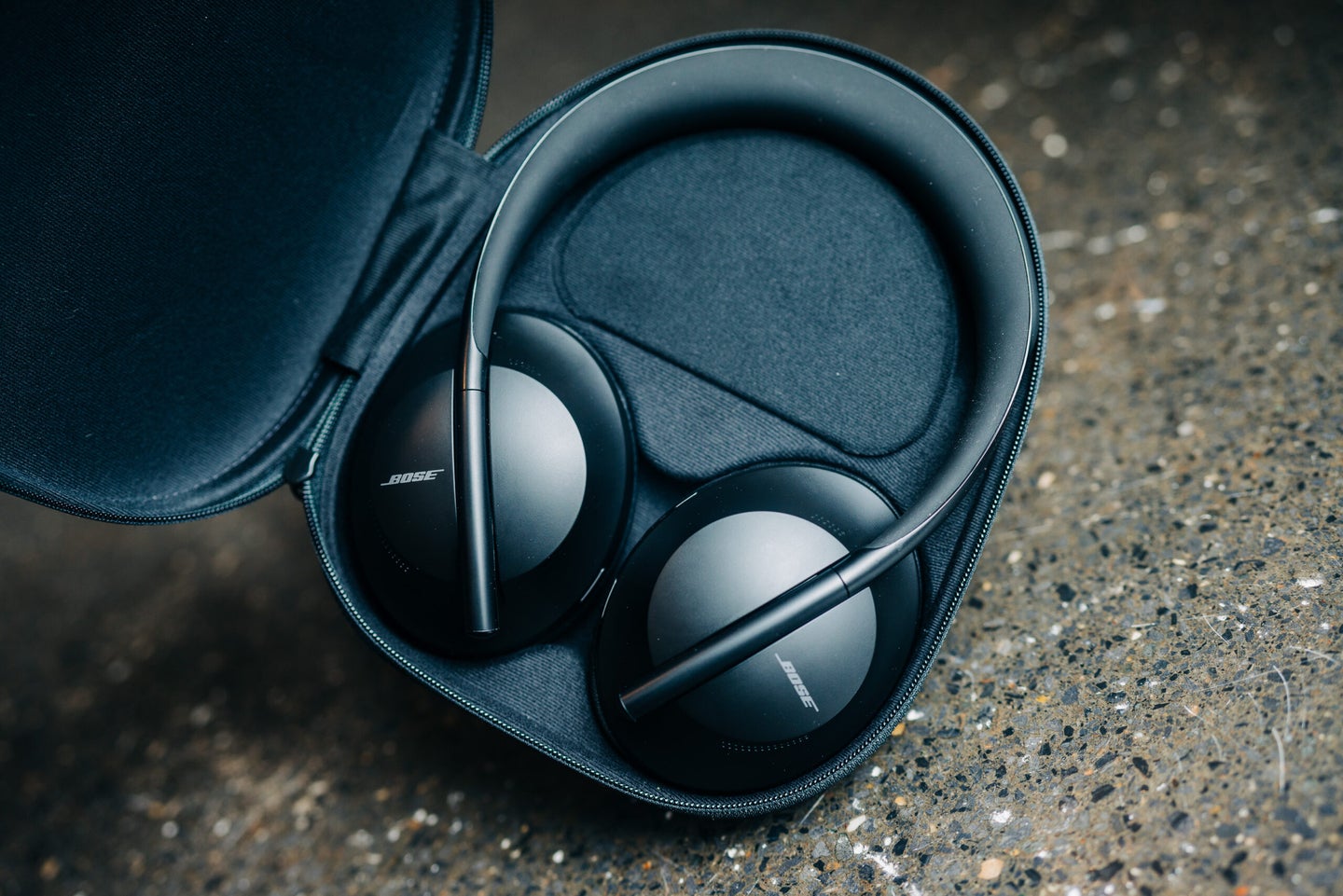 There are plenty of appropriate places to test a flagship pair of wireless headphones such as the $400 Bose Noise Cancelling Headphones 700. An open office, for example, is a great spot to try the upgraded noise-cancelling mode that has 10 selectable levels of intensity. A crowded train full of tipsy, shouting baseball fans is another great opportunity to evaluate the long-term comfort of the soft, synthetic leather ear cups.

But, perhaps the marquee feature in the new Bose Noise Cancelling Headphones 700 comes in the form of its calling abilities. The headset now uses four of the six built-in mics to hone in on your voice during a call or web conference and an algorithm helps drown out the rest of the noise around you. To test this, I wore them directly in front of the stage while Chicago hardcore band, Harms Way, ripped through a set at a small independent music venue in upstate, New York.

“Can you hear me?” I asked, fully expecting it to fail. Why would it work in a situation like that? Sure, the Bluetooth headphones are great in the coffee shop for blocking out the scream of a milk steamer or the small child who ran into my chair dozens of times while I tried to write this post. But, a heavy metal concert?

Surprisingly, the call actually kinda worked. It wasn’t ideal, and my voice reportedly had a “weird, muffled roar” in the background. And my wife—I called her instead of a coworker because I fully expected this to fail spectacularly—had to yell because the max volume over the Bluetooth connection isn’t designed to keep up with stacks of guitar amps. But, it did work. I could hear the person on the other end of the call and she could mostly hear me. Bose put a lot of work into these Bluetooth headphones beyond simple listening and drowning out the drone of plane engines.

Bose has never skimped when it comes to fit and finish that make you feel better about spending as much as $400 on a pair of noise-canceling headphones. The Bose 700 headphones are no exception. The sturdy, zippered case is wide, but flat (for reasons I’ll mention in a moment) and encompasses an internal compartment to hold accessories like the USB-C charging cable and the airplane adapter that’s still sometimes annoyingly necessary.

These Bose headphones themselves are even posher. Their smooth, matte material finish feels like what I’d imagine a dolphin feels like when it’s dry. It’s lovely, but it picks up fingerprints easily.

Rather than folding with a hinge, like the Sony WH-1000XM3 (or newer, highly recommendable WH-1000XM4), the ear cups simply rotate and slide up and down the tapered headband to fit inside the case. This means the case takes up more overall room in your bag but also reduces the likelihood that a hinge will break over time as moving parts love to do.

This is the first pair of Bose 700 noise-canceling headphones with touch gesture control on the outside of the right ear cup and I was impressed by it. The gestures are responsive: swipe forward or backward to skip from song to song, and simple taps start and stop playback. I still accidentally activated it a few times—the sensitivity is welcome sometimes, but frustrating when I would go to adjust my hat and accidentally skip a song. Still, it’s a solid effort, especially for its first attempt at touch controls.

This product’s marquis feature is its ability to cancel out sound from the outside world before it hits your eardrums and, at the moment, Bose wireless headphones still sit on top. There are 10 selectable levels of noise-canceling. The lowest setting actually pipes sound from outside the headphones into your ears, which comes in handy if you’re trying to listen to a presentation or a quiet conversation. At maximum, however, they’re absurdly effective.

I’ve spent hundreds of hours on Amtrak trains while commuting and have tried quite a few pairs of noise-canceling headphones, and none of them have flattened out the drone of the rails quite like these. It’s not a runaway victory, however. Sony’s 1000XM3 is a close second, and other options from companies like Libratone and even Microsoft are still in the ballpark. But, the Bose NC 700 headphones manage their quieting feat without the “ear suck” or pressure feeling that I’ve experienced with some other high-power noise-canceling options.

It works thanks to six microphones that form an array that picks up sound from both inside and outside the ear cups. This allows Bose to effectively evaluate and cancel exterior sound, while identifying and eliminating any distortion that may happen on the inside near the speaker. The real difference, however, comes from the processing that Bose does with data from those microphones, which the company says it has spent years tuning.

A button on the left ear cup lets you cycle between the minimum, the median, and the maximum noise-canceling settings. You can choose any of the 10 options from within the app or reprogram the button to cycle between levels of your choosing.

For phone calls and web meetings, the Bose NC 700s use four total microphones—two borrowed from the noise-canceling system and two dedicated beam-forming mics specifically designed to pick up your voice. This is an area where I’ve found headphones like these generally lacking, but I was impressed with the Bose performance here. Roping in those extra noise-canceling mics really does help to isolate your speaking voice against background din, especially loud, abrupt sounds like a slamming door, which I would have expected to cut through.

Dig into the nicely designed, but relatively feature-sparse app and you’ll notice that there’s no EQ control that lets you tweak the sound—you get what it gives. If you’re familiar with Bose’s QuietComfort series, it should seem rather familiar. The sound is clear and pleasing, but overall a bit flat, especially compared with a boom-heavy, bass-centric headphone like the Sony. This works in Bose’s favor sometimes, and against it in others.

I ran the headphones through my typical cadre of metal songs, which I like because they demand clarity to separate the helicopter-style blast beats, as well as lows for the vocals and highs for the shredding guitars. Bose handled the separation excellently, and the highs were clear without grating (at least not more than they’re supposed to), but the vocals were a little lacking.

With less intense selections, the tuning makes more sense. I listened to Billy Joel’s “Scenes from an Italian Restaurant” roughly a dozen times by accident while concentrating on writing, and the balance was excellent. Lastly, I pumped some frenetic jazz through them in the form of Buddy Rich’s “Roar of ’74.” Again, clean and clear, but less punchy on the low end than with some other options.

So, who should buy the Bose Noise-Cancelling Headphones 700?

When money is no object, it’s pretty easy to recommend the Bose Noise-Cancelling Headphones 700. That $400 price tag, however, is substantial. If you spend unending hours on trains and planes, or around coworkers that chew loudly during lunch, investing in the top dog noise cancellation might be worth it for you. If you can, however, I recommend trying them out in person, especially if you have sensitive ears since strong noise-cancelling can cause physical discomfort in some people. Just don’t ask to take them to a metal concert and then make a phone call. That’s not where they belong.