How to get 360 audio on your new AirPods 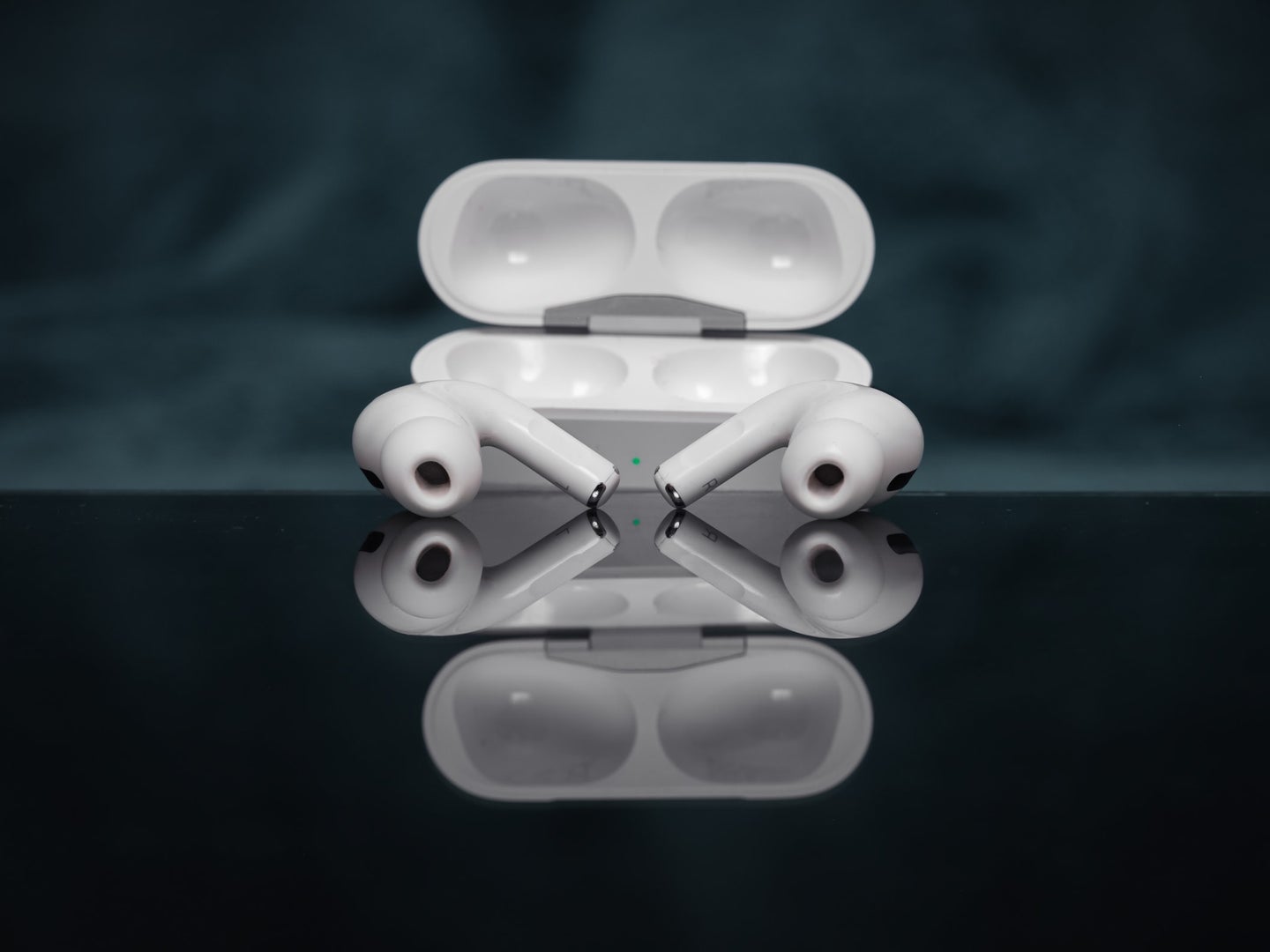 If you own a pair of Apple AirPods Pro or AirPods Max headphones, you just got a neat upgrade with the arrival of iOS 14: spatial audio.

Apple developed its spatial sound feature in an effort to create a surround sound effect from just two audio sources—one in your left ear and one in your right. And if you’re asking yourself, “What is spatial audio?”, the company describes it as “cinema-like sound that surrounds you from the film or video you’re watching” via your own headphones.

And it’s quite clever too, able to recognize where your head is and where your mobile device is in 3D space, adjusting both the sound effects and the voice dialog of whatever you’re watching accordingly.

Of course, a pair of earbuds or headphones can’t compete with a full-blown surround sound speaker system, but you might be surprised at just how well they can use tricks like delays and volume adjustments to give the impression of sounds that are all around you.

Related: AirPod Pro tips: How to clean AirPods and headphones

To take advantage of Apple’s spatial audio system, you’ll need a specific combination of hardware and software. First of all, the headphones: As we said up top, you’ll need the AirPods Pro or the AirPods Max.

Your AirPods will need to be running the latest firmware too. These updates should occur automatically, but if you don’t see spatial audio as a feature, the latest patch may not have been installed. Simply putting them back on charge for 30 minutes should be enough to force it through.

Then there’s the device you’re actually watching videos on. This needs to be an iPhone 7 or iPhone 7 Plus from 2016, or any of the iPhones released since (this year’s iPhone 12 definitely qualifies), running iOS 14 or later.

And you’re not done yet—you’ll also need a video app that supports spatial audio. Unfortunately, Apple hasn’t published a master list of apps that do or don’t have spatial audio capabilities, but a quick web search will turn up some hits and tell you if your app of choice offers the feature.

At the time of writing, Disney+, Plex, HBO Max, Hulu, and, of course, Apple TV+ and Apple Music all support spatial audio. You’ll notice that Netflix isn’t on that list, but the rumor is that it will be added before too long. Amazon Prime Video watchers are out of luck for now.

Related: The best wireless earbuds to get wrapped up in music—but not wires

How to enable spatial audio

If you’re connecting a pair of AirPods Pro or AirPods Max headphones to a device running iOS 14 or iPadOS 14 for the first time, you’ll be prompted to turn on spatial audio during the setup process. If you don’t enable it straight away, you can do it later.

To find the screen you’ll need, open Settings on your device and pick Bluetooth. Tap the blue info button to the right of your AirPods, then turn the Spatial Audio toggle switch to on. There’s a See & Hear How It Works option underneath the toggle switch if you want to check out a demo of spatial audio in action.

Load up a video app such as Apple TV+ and you’re ready to go. Try moving your head and your iPhone or iPad as you watch, and the audio should adjust accordingly—put your iPhone to your right ear, for example, and most of the sound should switch to that ear.

Of course, the effects of spatial audio will depend on the video you’re watching and how the audio has been encoded in the content, but you should be able to tell the difference between spatial audio and stereo sound.

You can switch between spatial audio and stereo sound from the Control Center: Drag down from the top right of the display to open it, then tap and hold on the volume bar for your connected headphones. Tap Spatial Audio to toggle the feature on and off.

It’s worth bearing in mind that some other audio settings can affect how well spatial audio works—these settings include the Mono Audio and Balance options, which you’ll see if you select Accessibility in Settings.