These $50 headphones have Apple’s H1 chip inside for easy syncing and device switching. 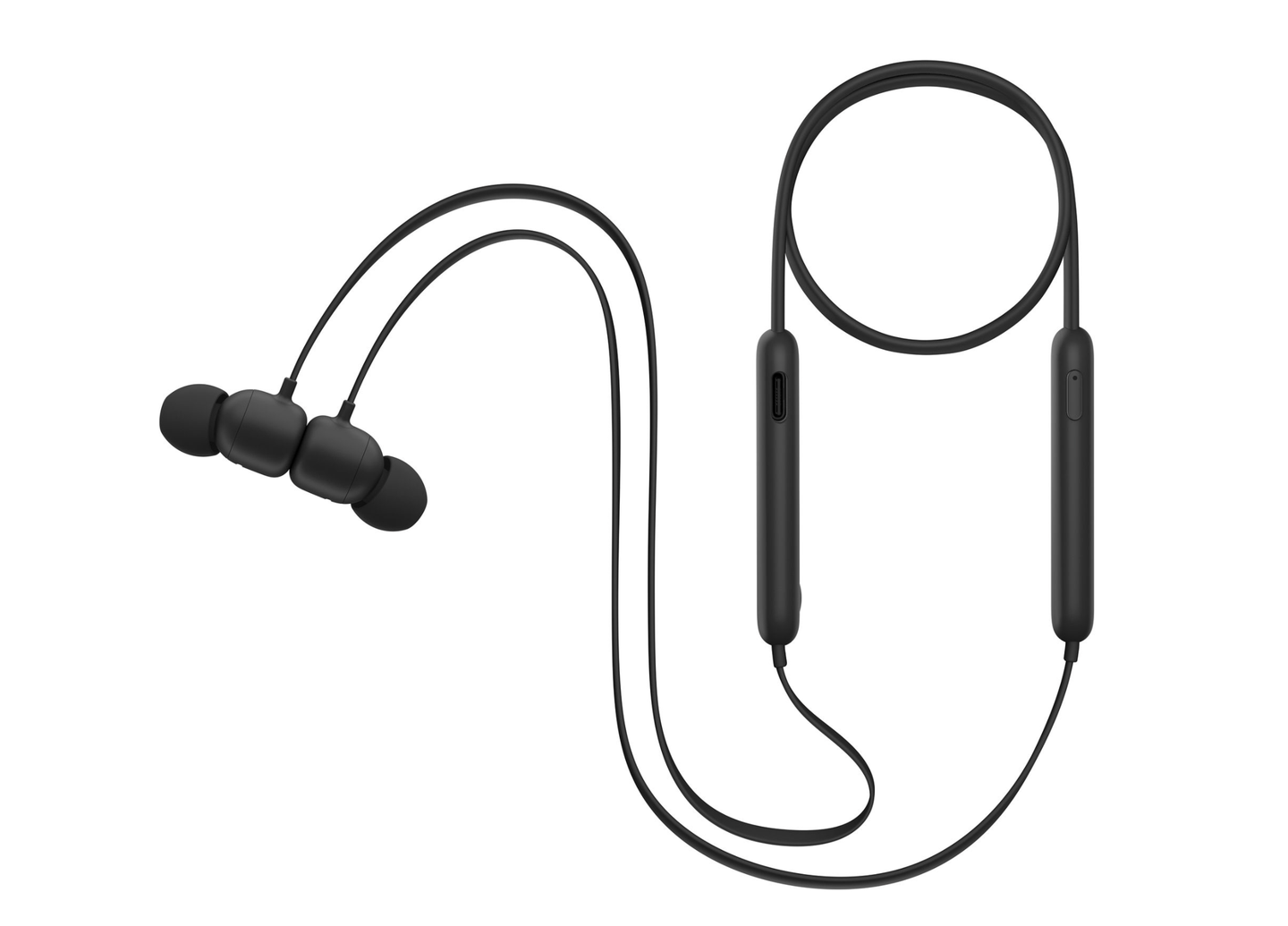 They're not true wireless earbuds, which comes in handy in some situations. Beats
SHARE

There’s no shortage of wireless earbuds on the market at the moment, some of which seem almost impossibly cheap. But buying an off-brand pair of buds can be a gamble. That’s part of what makes the new Beats Flex wireless earbuds so interesting. For just $50, they offer convenient AirPod-like features for iPhone users, but their USB-C charging makes them relevant for Android users, too. After a few weeks with them, I’m fairly impressed with their performance.

The Beats Flex are the follow up to the BeatsX, which originally cost $149 when they hit the market. The Flex opt for a similar setup to its predecessor, attaching the earbuds together with a cord meant to drape around your neck. Because they’re attached via cord, they don’t charge inside of a case like true wireless earbuds. Instead, a USB-C port on the cable allows you to plug them directly into a charger or computer.

It’s worth noting that the $50 price tag on the Beats Flex gets you a charging cable, which works well and will get you 90 minutes of play time with just 10 minutes of charging. It doesn’t, however, come with a charging brick, much like the iPhone 12 models. So, if you don’t have a computer with a USB-C out port or a USB-C brick, you won’t have any way to actually charge the Flex once you’ve depleted the battery. If that applies to you, you’ll have to factor in the cost of a charger, which makes the $50 price tag slightly less impressive.

As you might expect at this price point, the Flex buds don’t include the latest Apple H1 headphone chip, but you do get the older W1 chip, so they connect extremely easily and reliably to an iPhone. Power them on near your device and a prompt will pop up to pair them immediately without having to dig into any settings menus. That chip also gets you audio sharing between Apple devices and battery status in the iPhone control center so you’ll know how much charge you have left.

The experience isn’t as seamless as you get with something like the PowerBeats Pro or the AirPods, but that’s to be expected. It won’t always be listening for you to give Siri commands, and it doesn’t have the extremely handy automatic device switching feature that links up to whatever Apple gadget you happen to be using at the time. Still, the easy setup and rock-solid connection are nice.

I found the sound quality above what I expected. The bass is as punchy as you can expect from a pair of wireless buds, and the mids and highs are clear enough that you don’t have to crank the volume to hear what’s going on. I was satisfied with the low-end listening to “Things Done Changed” by The Notorious B.I.G. and the rapid-fire technical playing on Meshuggah’s “Bleed” didn’t get too muddy to make out the complex rhythms.

How you respond to the wire connecting the headphones will depend on your personal taste. I like the extra security it provides on buds with no ear hooks—if one falls out, you’re unlikely to lose it on the street.

If you run, I found that the cable flops around a little, but it’s not excessive. Since the Flex buds aren’t rated for water or sweat, you probably shouldn’t be doing too much heavy running with them on anyway. If that’s your primary use case, it’s almost certainly worth spending the extra money to upgrade to the PowerBeats Pro, which are really excellent overall and old enough now that they frequently show up on sale well below their lofty $250 price.

The volume control and power buttons work fine, but they don’t feel particularly responsive. I didn’t have any trouble with them, though. The buds also have magnets inside, so when you don’t want to wear them, you can loop them around your neck and form a surprisingly secure loop.

If you’re an iPhone user and you’re looking for a cheap set of wireless headphones, these are a solid bet. If you’re using them with an Android device, the Apple extras won’t really do much for you and you might be just as well off getting something even cheaper, like a solution from the Anger Soundcore family.