Recreating The ‘Shocking’ Origin Of Life In A Lab

Chemical gardens show how life may have gotten its first spark 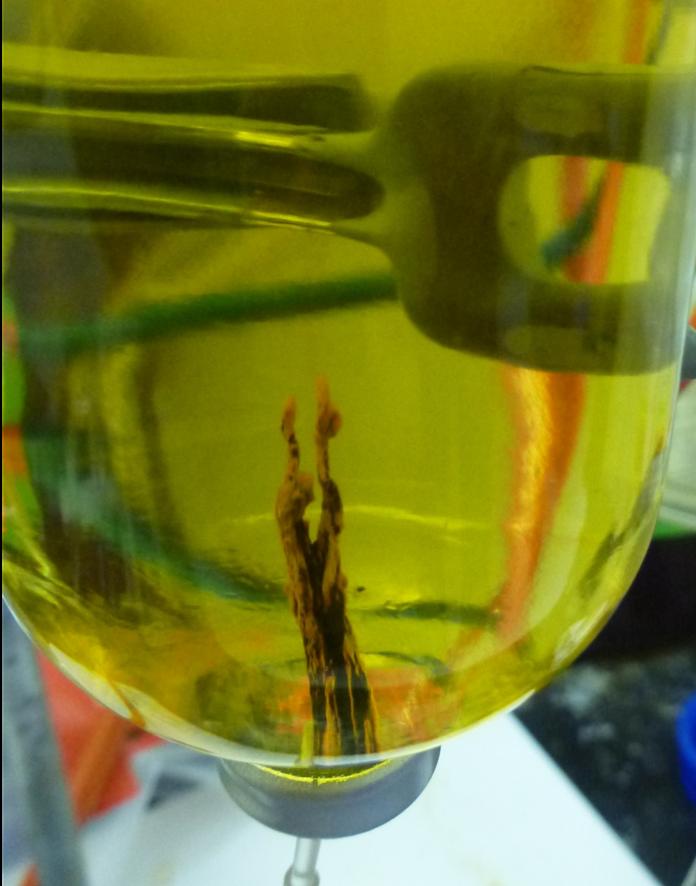 A tiny chemical garden is used to recreate the same conditions that experts believe gave rise to life on earth. NASA/JPL-Caltech
SHARE

You know that scene in Frankenstein, where the doctor uses electricity to bring the monster to life? While a work of science fiction, electricity does play a key role in all life on earth. Electrical impulses are all around us, powering just about everything we think and do. But how did the first life get that vital spark?

Back when the first life originated on Earth, the planet was a hot, unwelcome place–a mix of chemicals, rocks, and not much else. Somehow, in the midst of all this unpleasantness, something came alive for the first time. To find out how, scientists recently recreated some of these primordial conditions in the lab to find out how. They built chemical gardens, tiny replicas of the conditions at hydrothermal vents on the seafloor, where life might have originated. Like their real-world counterparts, the chemical gardens resemble chimneys rising from the depths of the sea (or the depths of the test tube).

They found that the interaction of chemicals in the lab (namely, iron sulfide and iron hydroxide) were enough to generate electricity. Linked together, four of the gardens generated enough electricity to power a lightbulb.

“These chimneys can act like electrical wires on the seafloor,” lead author Laurie Barge said in a statement. “We’re harnessing energy as the first life on Earth might have.”

Barge works at NASA’s Jet Propulsion Laboratory, studying astrobiology on icy worlds. Researchers think that there might be a possibility of finding life on other planets, but in order to know where to look, they have to understand the basics of how life developed here, which is why Barge and colleagues are looking into the sources of energy that could have sparked the first life on Earth.

A tiny chemical garden is used to recreate the same conditions that experts believe gave rise to life on earth. 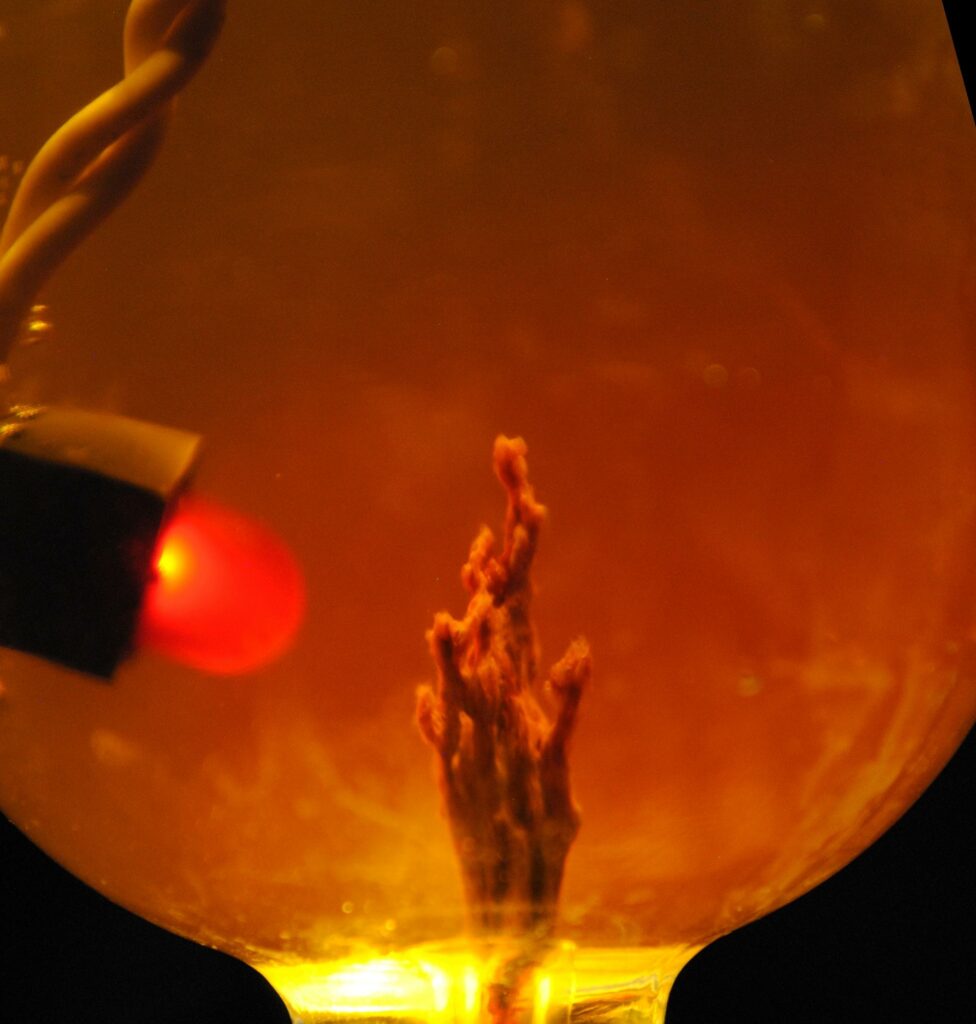 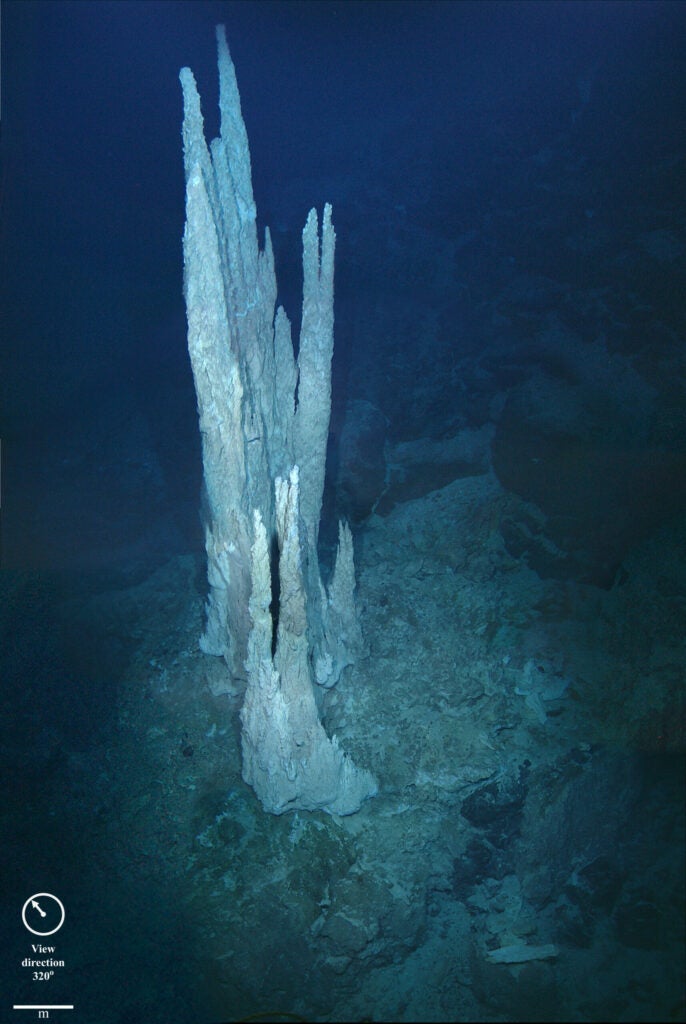 These hydrothermal vents on the floor of the Atlantic Ocean, nicknamed the ‘lost city’ have conditions that scientists are trying to recreate in the lab.
Biology
NASA
Space
astrobiology
life
origins of life