Time to do that hero-walk off into the sunset. 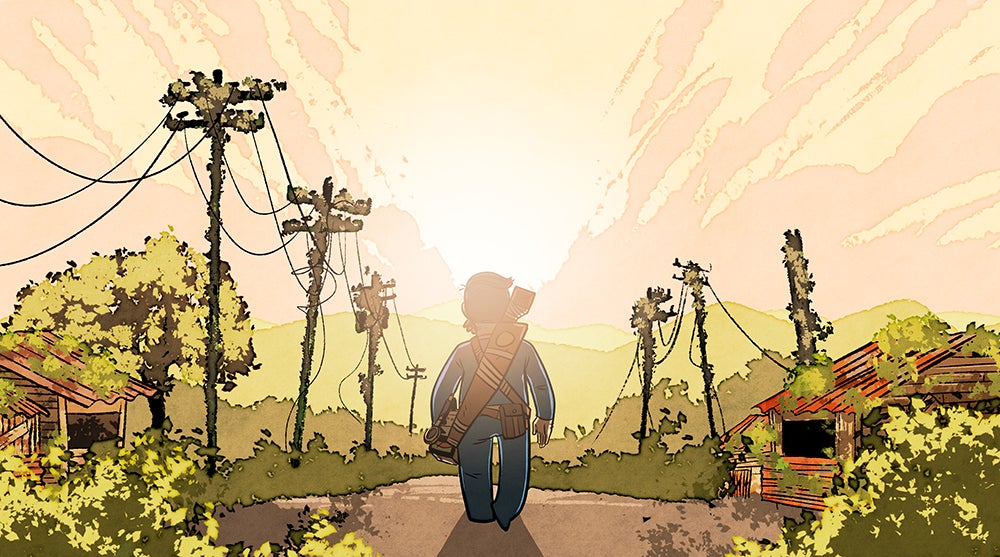 Hey friends! the new Boxplot site is up! Point your browsers to Boxplotcomic.com and behold! I’m currently populating it with some of the better comics and will resume posting new content soon. Cheers!

Hello Boxplot readers, I’m afraid I have received some somber news: A couple weeks ago, Paul Adams informed me that Popular Science’s Editor-in-Chief has decided to wind down the Blog Network at the end of October.

I held off on posting anything earlier because A) I didn’t want to be the first person to break the news, and B) I still kinda think I’m being punked. But here we are. This closure marks an end to what has been three of the most sublime years of my life. It was an honor to work for such a prestigious institution as Popular Science, and I’m truly sorry to see it all go.

The Blog Network (or BlogNet for short) launched quietly on October 2nd, 2013 with six blogs ranging in topics such as bats, diseases, space exploration history, and feminism in science/tech media. Since then, that number has nearly doubled, and the topics covered have only grown more eclectic. It’s safe to say there really wasn’t anything else like it.

At the time of the launch, I had just quit my full-time job earlier that summer, and entered the scary world of freelancing. I was nervous, clumsy, and very much inexperienced—though not enough to resist the urge to put a drawing of a butt in my first comic here. Three years and several butts later, I’m still just as nervous and clumsy, but as I look back, I can see how much being here has changed my work for the better. The BlogNet was more than just a place to host my comics or a soapbox for my passion projects: it was fertile ground for me to grow as an artist and a journalist. Being on PopSci.com gave me a platform from which I could reach beyond just drawing comics about science news, and instead pursue new stories. I could exhaust every blooming flower metaphor there is to describe the ways this job has helped me become a better science communicator. I can only hope I represented the organization to satisfaction.

I owe everybody involved in this journey a tremendous debt of gratitude. Having my comics backed by Popular Science was such a joy for me, and being asked to create the image used on the 404 page is one of my proudest achievements. Thanks to all of the BlogNet’s editors and contributors, both past and present, who are among some of the finest people of which I have had the pleasure of working. I wish everybody all the best of luck in whatever adventures await them. I also want to thank all of you readers, particularly if you reached out to me via email or twitter to tell me how much you enjoyed the comic. Even if you didn’t enjoy it, I always appreciated the feedback. I also want to expresss my gratitude to all the scientists who reached out to me after seeing their research in comic form. Those emails are always my favorite part of the job. Special thanks to all the scientists who lent their voices to my comics. Boxplot would not be as good as it is without your expertise and guidance.

For now, Boxplot will be cast among the wind, looking for new soil. I’ve dusted off my portfolio, and filled my bindle with pens and paper. I’m not sure where I will end up, but wherever it is, you’ll be able to find it at boxplotcomic.com. While the blogs are closing down, all the comics here will continue to be visible (or invisible, if you live in Australia. Sorry that never got sorted out), and I’ll update this post with any news. As always, you can follow me on Twitter or back my Patreon for regular updates and artwork.

Until we meet again, somewhere on the great digital expanse. It’s been real.