The fastest, largest observations of the Universe, ever 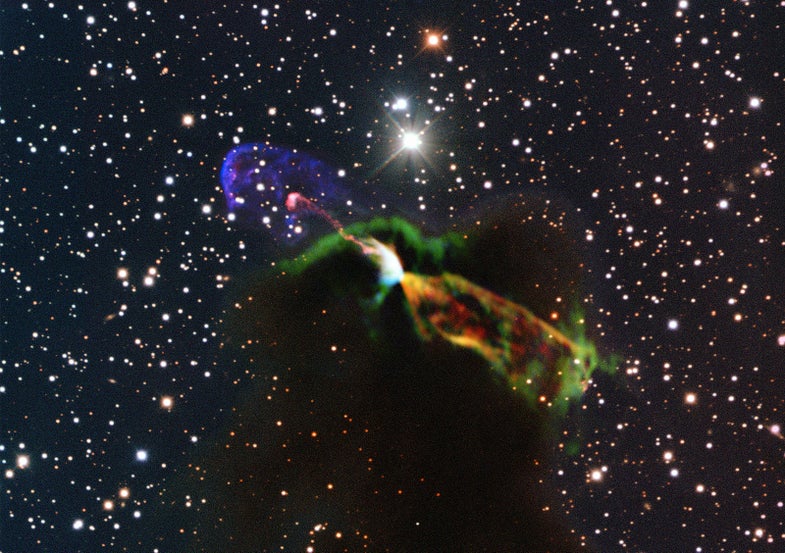 With an upgraded beast of a telescope, astronomers plan to take a wide-angle view through the interstellar gas of the Universe.

Astronomers at the University of Massachusetts Amherst and Arizona State University are developing the most sensitive millimeter-wavelength polarimetric camera on Earth, called TolTEC. The camera will use 7,000 detectors across three different bands in the electromagnetic spectrum. When it’s completed, it’ll be coupled with the 164-foot diameter Large Millimeter Telescope, the world’s largest single-dish steerable millimetre-wavelength telescope, which is located in Puebla, Mexico.

The combination will be better equipped to take in “environmental context” of processes including what goes in a comet nucleus, star formation deep inside interstellar dust clouds, and galaxy evolution. Current telescope technology — such as the Atacama Large Millimeter/submillimeter Array, which TolTEC will work alongside — have higher resolution for studying the same regions and processes in detail, Wilson says. But they aren’t able to take in broad swaths of the sky for context.

“This will allow astronomers to see the environment that the detailed astrophysics is taking place in — be it the large scale structure that galaxies evolve in, the galactic environment that starbursts form in, or the filamentary gas complexes that stars form in,” says Grant Wilson, University of Massachusetts Amherst professor of astronomy who’s leading the TolTEC team. “Our maps will reveal the state, the city, the neighborhood and the precise street address of the processes that we are studying.”

It’ll be 100 times faster at mapping the sky than the LMT is alone, taking a little over a week to whip through observations that would take five years today. When it’s done in 2018, it’ll start a two-year program of three large sky surveys covering hundreds of square degrees, according to the ASU release. What they find will be publicly available, so get ready to fire up the #PrettySpacePics hashtag in a few years.