Your favorite brunch foods are thousands of years old

Ötzi the Iceman ate pancakes and bacon—and other fun facts from The Weirdest Thing I Learned This Week. 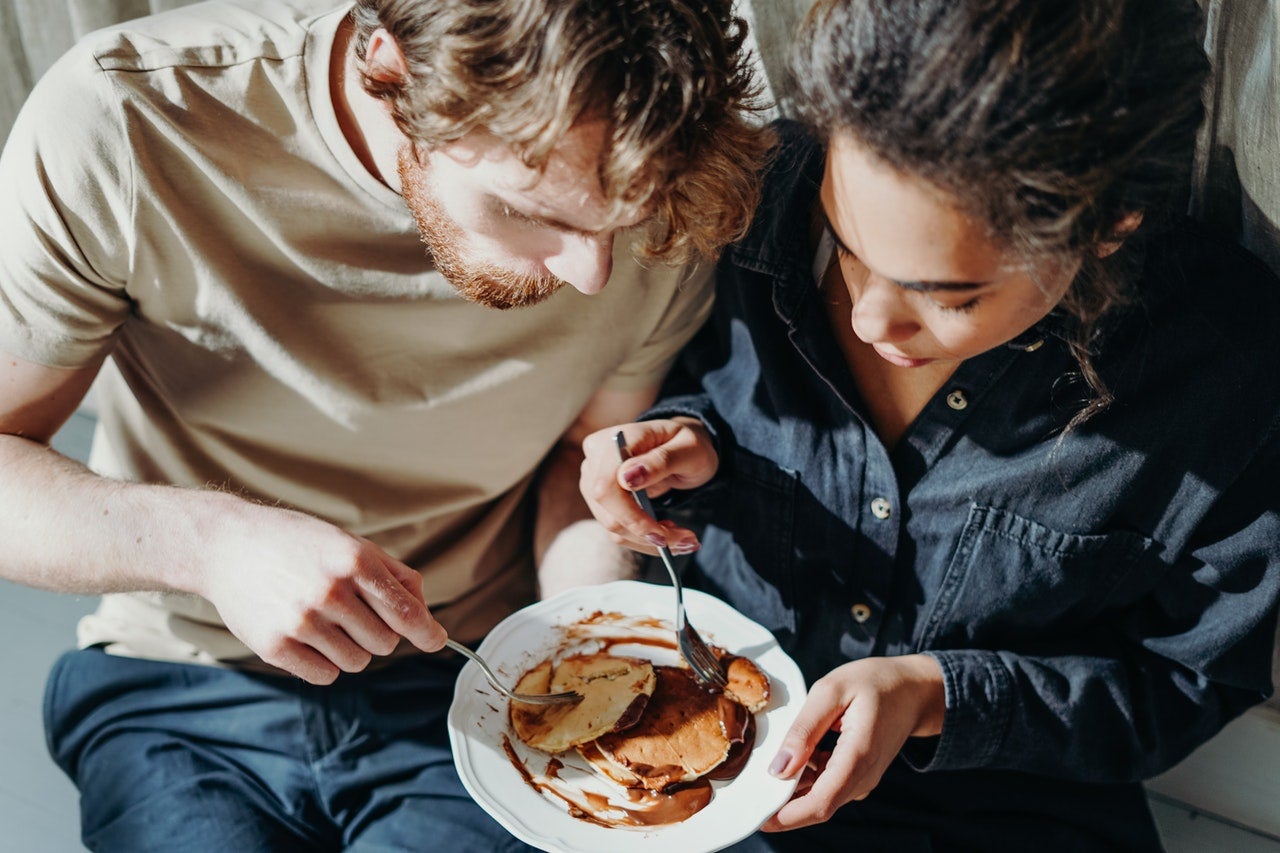 Should we split a side of goat bacon?. Pexels
SHARE

FACT: Ötzi the iceman ate a super primitive version of pancakes and bacon for his last brunch

The way we eat food has changed a lot over the years. But the one thing that hasn’t changed is that if you’re living in wintery climates like the Italian Alps, having a hearty meal of carbohydrates and fatty meats can put you on the right track for a tough hike. Ötzi the iceman, who roamed around what’s now known as Italy, met his unfortunate end 5,300 years ago when he was murdered on the icy mountaintops. His mummified corpse was found by hikers in the 1990s, but his stomach was mysteriously misplaced until a couple of years ago—and it turns out he definitely didn’t die hungry.

Inside his mummified stomach, researchers were able to find lipid-rich, almost bacon-like mountain goat meat. Additionally, they found fibrous bread and charcoal that points to a potential bread-like product cooked on a hot rock—more or less the earliest known iteration of a pancake. These definitely weren’t Instagram-worthy brunch dishes, but they did the trick in terms of prepping ancient humans for their prehistoric adventures.

FACT: Ancient people fudged the sky charts, which means all our horoscopes are terribly off

Last year astrology fans went wild when reports of a secret new Zodiac sign started making the rounds. The rumors got so out of hand that NASA had to step in with a centering explanation on its Tumblr account (we know!).

The space agency started by clarifying that astronomy and astrology are in no way the same field and practice, then dove into a mathematical breakdown of why a 13th sign wouldn’t really change people’s horoscope charts. The supposed missing constellation, named Ophiuchus by the Greeks, was described in early Babylonian texts—but somehow never made it into the official Zodiac with Aquarius, Sagittarius, Taurus, and so on.

The likely reason? It’s easier to split the sky into 12 parts to match the months, even though there are countless constellations that come in all different sizes.

So yes, astrology seems to pick and choose what it wants out of the heavens. But in a way, don’t we all? The Earth is continually shifting its axis, which means the Ancient Greeks and Babylonians saw the sun, moon, and stars in another light than we do. Our views of the universe aren’t constant over time, and that’s a fact that astrologists and astronomers can both get behind.

FACT: The uncanny valley makes us feel uncomfortable around almost-human things, but not because of ancient human doppelgängers

I recently saw a meme going around TikTok where people claim that the existence of the uncanny valley—where seeing something that looks almost human makes us uncomfortable—implies we once had to be wary of beings that looked almost exactly like us. I’d like to unpack that!

In 1970, a robotics professor from the Tokyo Institute of Technology named Masahiro Mori published an obscure article in an obscure Japanese journal where he hypothesized that a person’s response to a humanlike robot would abruptly shift from empathy to revulsion as it approached, but failed to attain, a lifelike appearance. Here he coined the term “uncanny valley.”

Researchers generally weren’t paying attention to the uncanny valley’s psychological, neurological, or evolutionary implications until around the turn of the 21st century, but the idea kept popping up more and more among people who worked with robotics—and then people who worked with computer generated animation—because as their work became more advanced, it became something they had to work harder to avoid. (One fun thing about looking back at the history of the uncanny valley is seeing how relative it is—some of the videos that famously sparked revulsion in viewers for looking too lifelike are now comically unrealistic.) Research on the subject has boomed in recent years, but results are still mixed.

As mysterious as the uncanny valley phenomenon is, we do have some theories about why we might find almost-human things unsettling.

One possibility is that this isn’t really unique to something looking “human” at all, but that our brains are simply uncomfortable when it’s not sure whether to put something in one category or another—like not being sure whether to register a figure as a cartoon or as a living being. Other theories hold that we might be freaked out because an imperfect robot seems like a human whose behavior doesn’t quite add up—like someone whose facial expressions seem less than genuine. A robot or animation that looks human enough might suddenly trigger something in our brain that raises our expectations for its behavior, prompting us to look out for cues that it might be masking its true emotions or acting erratically.

Relatedly, it’s possible that the more human something seems, the more triggered we are to look for signs of possible illness—because the closer something is to being our own species, the more likely we are to be able to catch what it has. And related to this is the idea that all of these feelings stem from our evolutionary need to be wary of corpses—not just because they might carry disease, but because the predator that killed them might be nearby.

Listen to this week’s episode to learn more about our complicated relationship with ersatz humanoids—and why it probably doesn’t boil down to an ancient alien conspiracy.