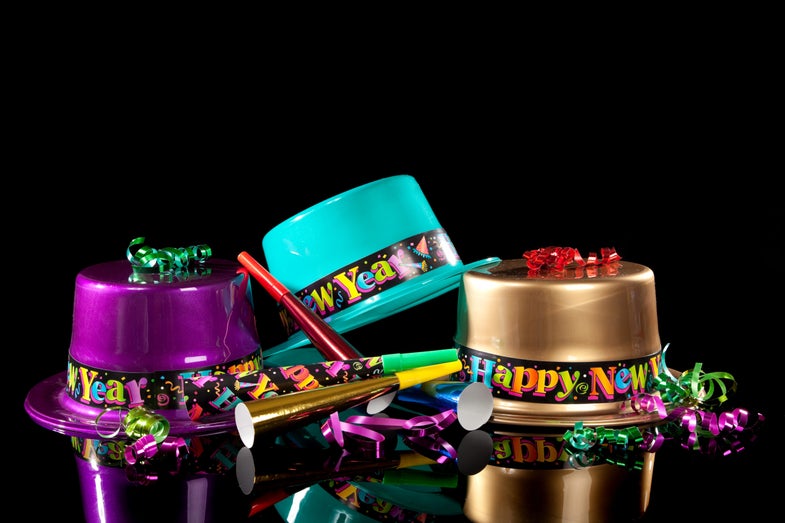 What’s the weirdest thing you learned this week? Well, whatever it is, we promise you’ll have an even weirder answer if you listen to PopSci’s newest podcast. Season one of The Weirdest Thing I Learned This Week is available on iTunes, Soundcloud, Stitcher, PocketCasts, and basically everywhere else you listen to podcasts. It’s your new favorite source for the strangest science-adjacent facts, figures, and Wikipedia spirals the editors of Popular Science can muster. You’ve got just enough time to binge the whole bunch before our second season arrives early next year.

Check out our surprise holiday episode below:

Fact: The treadmill was originally designed as a way to occupy and employ prisoners.

January is a rough time for staying in shape. In at least half the world, the days are as short as they are cold. But, at least for me, working out indoors can be even worse. Case in point: The treadmill. Some gym rats swear by the device, but I see the machine as pure torture. For me, the mental frustration of running in place is far worse than the numbing chill the cold air brings.

As it turns out, that psychological distress is not far from what the exercise machine was originally designed for.

In 1818, a prominent civil engineer named William Cubitt was working as a millwright designing, building, and fixing mills. At that time, he apparently became increasingly interested in the “welfare” of prisoners. So, he took it upon himself to reconfigure a mill such that it required human movement to keep it going, which is how it got the name treadmill.

The device was essentially a giant hollow cylinder with an iron frame around it, with wooden steps built around that frame—far more similar to today’s stairmasters. Forty prisoners at a time would climb up on the steps and as they did so, the mill would turn. The faster the wheel turned, the more rapidly the prisoners would have to keep climbing. It was mainly used to crush grains such as corn.

It was quickly adopted by all the major gallows in the United Kingdom and soon came to the United States as well. The U.S. abolished its use first, and Great Britain followed with the Prisoner’s Act of 1898.

Fast forward to 1968, when aerobic exercise was quickly becoming recognized as the key ingredient to staying healthy. A man named William Staub redesigned the existing treadmill to fit inside people’s homes and appeal to the masses, not just the obsessed athlete. His treadmill was called the PaceMaster 600 and didn’t look all that different from the fancy treadmills of today.

So, the next time you step on the treadmill master this new year, remember that you, unlike the first users of the device, always have the option of stepping off. Hopefully that alone will keep you going—or get you to run outside.

Fact: The origin of sparkling wine isn’t all about Dom Perignon

When most people ponder the origin story of the bubbles in their New Year’s Eve flutes, they’ll hear the story of a 17th-century monk named Dom Perignon. But while Perignon certainly started the Champagne fever in France, fizzy wine likely didn’t begin in his monastery: Three decades earlier a British scholar had published observations on “sparkling” wines—the first recorded use of that word to describe the beverage—he’d seen produced around England. Sorry, Dom.

Even after Champagne took off in France, it wasn’t like the wine we know today for quite some time. For starters, it was extremely sweet—sweeter than most dessert wines you’ll find today, in sharp contrast to the dry flavors we expect from the classiest modern bottles. It was also either cloudy or kind of flat: the second fermentation process that gives sparkling wine its bubbles also leaves a lot of yeast trapped in the bottle, and they form cloudy detritus as they die. The easiest way to deal with this, for decades of production, was to simply pour the wine from one bottle to another before selling it, skimming out the offending fungi. But all this agitation meant the wine would sparkle quite a bit less upon its second uncorking. The solution came from a widow named Madame Clicquot, a trailblazing entrepreneur in a time when few French women had anything to do with business. She and her colleagues came up with the idea of riddling: wine gets its second fermentation on a special rack that allows the bottles to tilt, and winemakers periodically agitate them slightly before setting them back down at a slightly-more-extreme angle. At the end of the process, the yeast has all been coaxed to sit in a single layer at the very top of the bottle. This means you can simply uncork the wine and skim the sediment, then seal it back up—instead of shaking your delicate product around as you filter it from one bottle to another. There are some wineries where this still happens by hand.

For a bonus fact about why the heck we watch a ball drop every New Year’s Eve, listen to this week’s episode (embedded above).

You could say we’re publishing this special episode of The Weirdest Thing I Learned This Week on Christmas Day, December 25, 2018. But you could just as rightly say we’re publishing it on December 26, 2018—if you’re on the other side of the international dateline. Or on December 12, 2018 if you’re in imperial Russia and still using the Julian calendar. Or on December 25, 106 if you’re somehow accessing the internet from North Korea (hello!) and count in Juche years. In anticipation of our transition to 2019, I decided to look into what a year really is, and how it’s changed from ancient Rome to 1920s Greece to today. Find out more on Weirdest Thing!