This dog was genetically engineered to be a kitchen appliance

The saga of the turnspit dog—and other fun facts from The Weirdest Thing I Learned This Week. 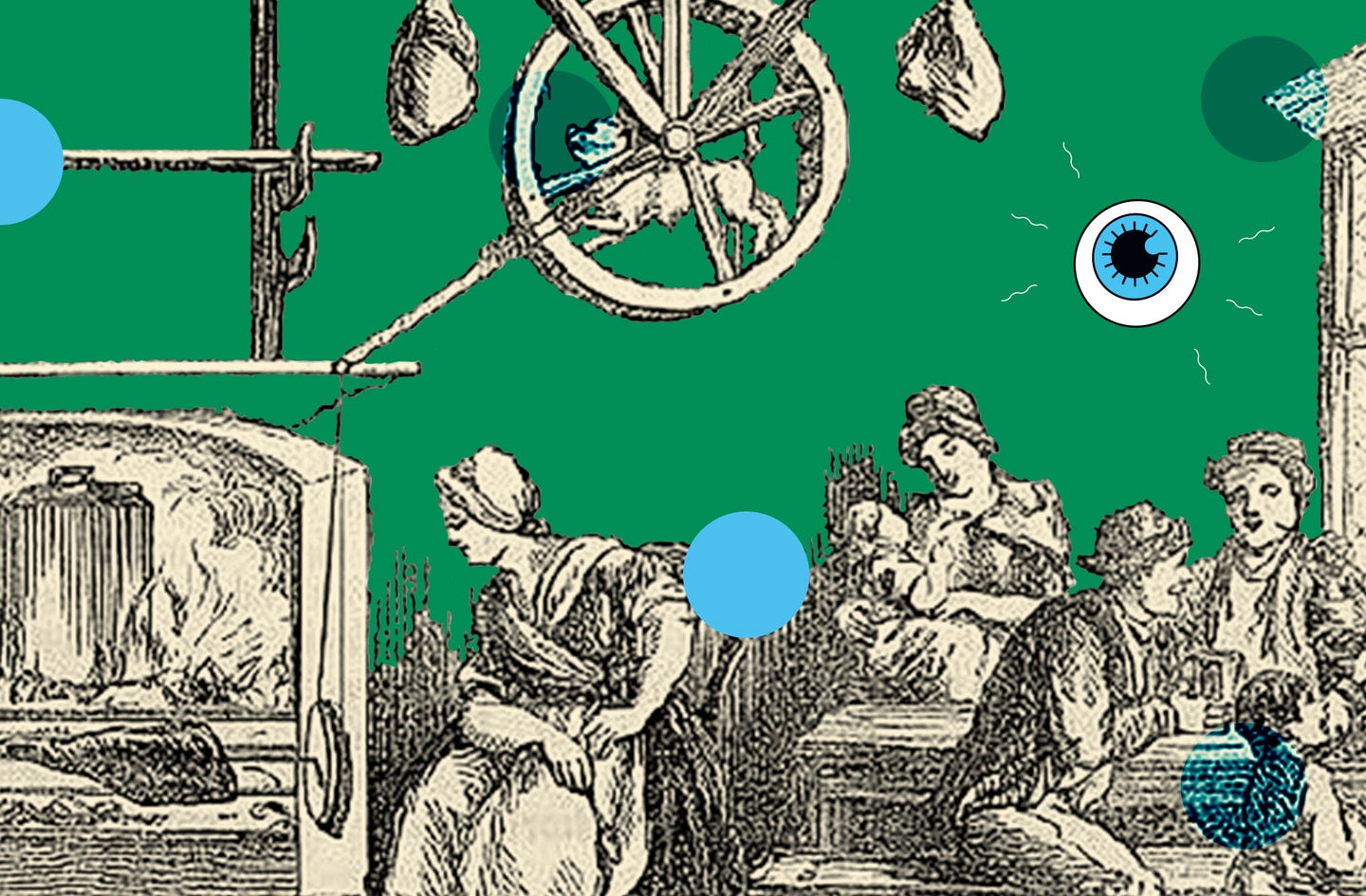 The so-called dizzy dog took one of the least glamorous kitchen jobs to new heights.
SHARE

This week’s episode features special guest Josh Gondelman, writer and co-Executive Producer for Desus & Mero on Showtime. Be sure to check out his podcast Make My Day if you don’t already listen!

FACT: This dog went ‘extinct’ once we stopped needing it to help us cook our meat

Yes, a dog was once genetically engineered to serve as a kitchen appliance.

Back when open fires were our best way of cooking things, the spit was invaluable. As early as the 1st century BC, people were sticking meat onto spits so they could turn and cook them evenly instead of like literally setting one half of a carcass on fire while the other stayed raw. But for hundreds of years, that meant someone had to physically turn the spit. In Medieval kitchens, this was a job for the lowest of lowly servant boys, who would be called the “spit boy” or “spit jack.”

The first mention of the turnspit dog, also called the vernepator cur or canis vertigus (dizzy dog), was in 1576, where it was referred to as the turnespete. But most of what we know about them was written down in the 1800s, near the end of what was apparently centuries of regular use. The long story short here is that people bred terrier-like dogs to have relatively long bodies and short, crooked legs, and to be very strong and high-energy. Their bodies were designed to fit easily into these treadmills that powered various kitchen aids, but primarily the roasting spit. They would run and run and run all day to keep the meat turning.

[Related: Why corgi mixes look like adorable munchkin versions of other dogs]

Unfortunately, this job totally sucked for the dogs for all the reasons it had sucked for humans. According to at least one historian, it was an encounter with a New York hotel’s turnspit dogs in the 1850s that inspired Henry Berg to found the ASPCA.

Turnspit dogs weren’t completely relegated to the kitchen—the lords and ladies of the house would use them as living foot-warmers at church on Sundays, and Queen Victoria is said to have kept several of them as pets. But they were generally considered ugly and mean, probably because people kept making them run on hot treadmills that smelled like meat, so once they became obsolete as kitchen utensils—which happened over the course of the 19th century and as we entered the 20th, when various automated roasting spits became more accessible—they quickly disappeared.

They’re considered “extinct” now, but dog breeds can’t really go extinct—they’re not distinct species. It’s kind of like how cabbage, kale, broccoli, kohlrabi, Brussel sprouts, and a whole bunch of other plants are all one species: if we stopped eating cabbage, it wouldn’t really be “extinct,” and the makings of cabbage would still exist in the DNA of the other varietals. Similarly, any “extinct” dog breed is just one where we don’t have proof that a pure descendant of that exact lineage is still around. All we have left of the turnspit dog are its many cousins in the canine world—and one seemingly beloved pet vernepator forever preserved with questionable taxidermy skills. Listen to this week’s episode to learn more!

FACT: An unsolved art heist is still memorialized with empty frames on the museum walls

In 1990, hundreds of millions of dollars of art were stolen from the Isabella Stewart Gardner Museum in Boston (on St. Patrick’s Day, obviously). Because of stipulations made when the museum was founded, several frames remain hanging on the wall where paintings were cut out of them. This robbery, and the subsequent attempts to crack the case, are detailed in the Boston Globe/WBUR podcast Last Seen. The heist remains unsolved to this day, much to the disappointment of people who watched This Is A Robbery on Netflix thinking that the documentary’s producers would reveal a conclusion.

It doesn’t seem possible that chickens should be able to produce so many eggs. Modern domestic chickens (there are wild varieties called junglefowl) are egg-laying machines—some average more than 300 eggs per year, which is nearly one a day.

Just from a sheer physics standpoint, that is a gnarly amount of matter to convert from food to egg each day, not to mention passing through a hole in your body. Yikes!

So it’s only natural that sometimes they get it wrong.

In this week’s episode I talk all about the ways in which egg-laying can go awry, and boy are there a lot of them. A few highlights: wrinkly eggs, tiny eggs, and sandpaper-y ones, too.

My main egg fact for the episode, though, is about the absolute worst way things can go wrong: when chickens “lay” an egg inside their body. Somehow this also relates to a hormonal implant given to ferrets, but you’ll have to listen to the episode to find out how.