The best science podcasts for staying sharp and sounding smart 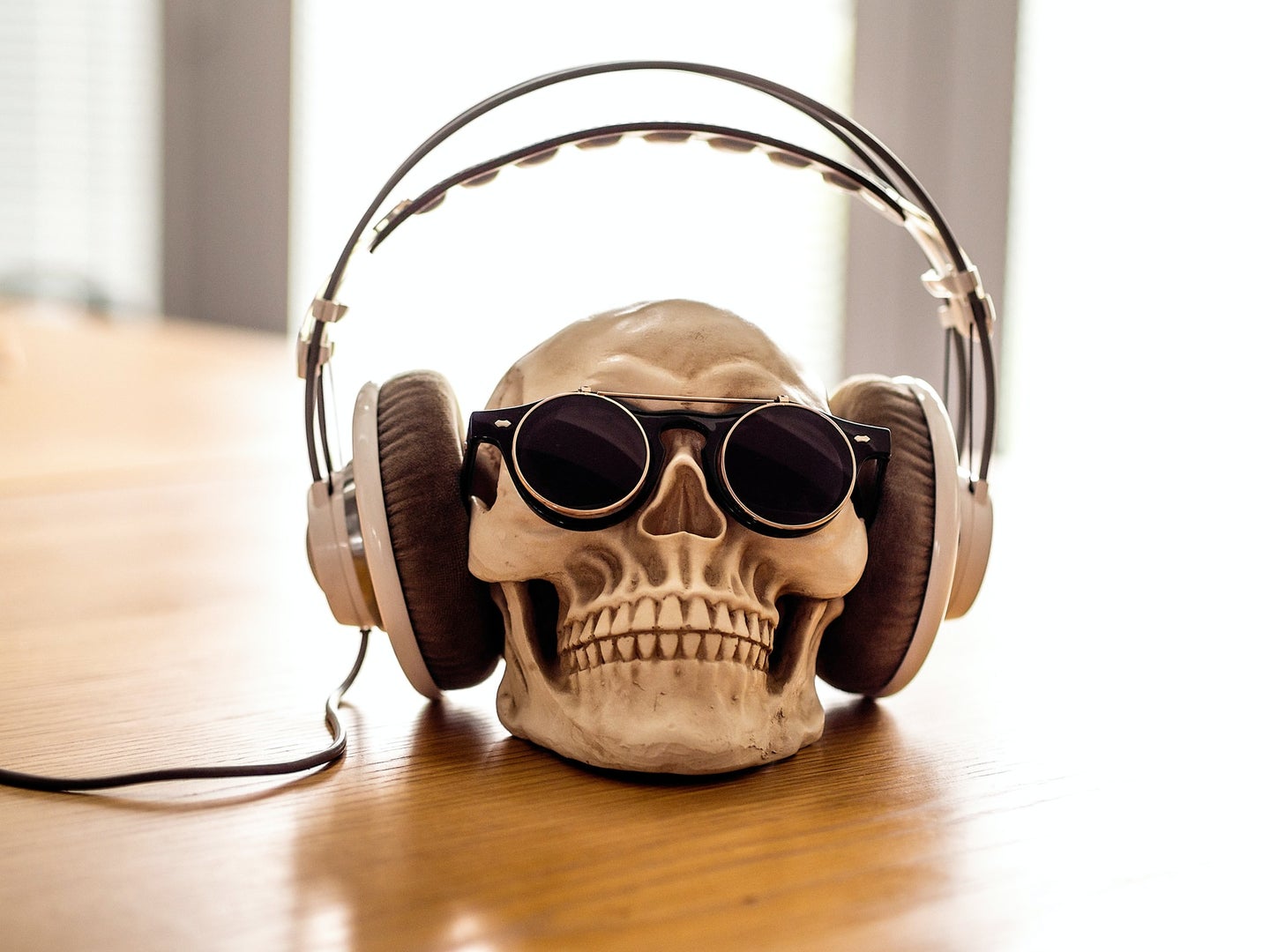 This post has been updated and will probably be updated again, because that’s how best-of lists should work.

I love podcasts; you love podcasts; your grandma probably loves podcasts. Looking for some science you can enjoy while driving? Perhaps hoping to regurgitate something that sounds smart while sitting around with family during the holidays? Great. Read on.

Half science, half fiction (which is why it also made our list of the best sci-fi podcasts): Every week, host Rose Eveleth picks a fictional future and has real experts explain how it might work. What if all drugs were made legal? What if antibiotics stopped working? What if the internet suddenly disappeared? The mind boggles. [Listen Now]

Ologies host Alie Ward is no slouch when it comes to understanding science, but her approach to podcasting is purposefully pedestrian: This show is all about asking smart people silly questions. You’ll learn about fields of research you never even imagine existed—and come away understanding why someone would spend their entire life becoming an expert on the subject of hagfish, cabins, feasts, or snow, to name just a few recent examples. [Listen Now]

What? We’re biased. PopSci does indeed have a science podcast, and it’s about all things weird. Subjects include smoke enemas, competitive cheese rolling, haunted vaginas, the first celebrity diet, death rays, and Thomas Jefferson’s obsession with giant sloths. And you definitely don’t want to miss our episode with Bill Nye. [Listen Now]

You didn’t expect Popular Science to stop at one hit science podcast, did you? Ask Us Anything offers bite-sized answers to all your most burning questions—and ones so weird you’ve never even thought to ask them before. Don’t you want to find out what dinosaur tastes like? [Listen Now]

Getting Curious with Jonathan Van Ness

Getting Curious isn’t strictly a science podcast, but it’s part of a delightful trend of celebs geeking out over expert guests—which is a fantastic way to learn new stuff about any subject, and especially science. Jonathan Van Ness brings the same warmth and enthusiasm we love him for on “Queer Eye” to conversations about all sorts of stuff. Admit it: “What is Astronomy Even?” sounds like a great episode. So does, “What’s the Giant Fuss About Artificial Intelligence?” And we know you can’t wait to listen to, “What’s The Cutest Way to Fight Climate Change?” You don’t have to pretend to be a know-it-all to help your listeners learn. [Listen Now]

I’m a little biased, because I show up on SciFri’s news roundup every once in a while. But when it comes to reviewing the week in science, there’s no one like Ira Flatow. His genuine enthusiasm for all things science means his show is remarkably conversational and super informative. SciFri is particularly good to listen to on your way to family holiday gatherings, as it can get you up to date on recent science headlines while giving you a few intriguing evergreen stories with which to impress the in-laws. [Listen Now]

Here’s another great holiday season recommendation (because food). Gastropod dives into the science and history behind the stuff we stuff our faces with. With a mix of long, in-depth pieces and bite-sized food facts, this scrumptious show will make you feel like one smart cookie at the dinner table. [Listen Now]

A podcast about sound just makes sense, but 20k goes above and beyond. Every episode tackles some new story about the world’s most recognizable and interesting sounds. My favorite is the episode about spooky sound design, which gets into everything from the technical ins and outs of sound engineering to the psychology of fear. And don’t miss this extra-special crossover episode with PopSci’s own podcast! [Listen Now]

This Podcast Will Kill You

I’ve never had a show recommended to me more than this one, which makes a lot of sense: its creators say they started it so they’d have an excuse to drink a cocktail while chatting about pus and poop. Erin Welsh and Erin Allmann Updyke both have PhDs in disease ecology and epidemiology, so their hilarious show about epidemics and medical mysteries will provide you with all the knowledge (and people named Erin) you crave. [Listen Now]

This science show from Gimlet puts various ideas (fracking, gun control, hypnosis) to the test. What’s a fad, what’s a fact, and what’s somewhere in the mixed-up middle? Now you’ll have an arsenal of knowledge to pull from when your cousin starts babbling about the importance of attachment parenting. And if you’re already a Science Vs fan, don’t miss our recent crossover episode with Wendy. [Listen Now]

Scientists do interesting work, but they’re often interesting people, too. The Science Collider is a story-slam type podcast not unlike The Moth, but it focuses on stories “about science.” This is defined quite broadly for the purposes of the show: Sometimes you’ll hear about things that happened inside a lab, sometimes a scientific expert will tell an emotional tale that they’re able to relate back to their line of work in some powerful, poetic way, and sometimes someone will just have a lot of scientific or medical facts to share about something really random that happened to them. If you like science and you like stories, it’s a no-brainer. [Listen Now]

A Show About Animals

In Season 1 of this new show from VICE News, Arielle Duhaime-Ross explores the history of the ape language studies of the 1970s—studies that were meant to show that humans weren’t the only animals who would use language but that ultimately showed that when scientists focus too much on trying to make other animals behave like us, the results can be both harmful to the animals they study, and to our relationship to nature. [Listen Now]

The best way to learn about science is to dive in with childlike enthusiasm. This podcast lets you highjack actual children’s enthusiasm to learn new stuff. Real (adorable) kids ask real (adorable) questions. The podcast is made to be accessible for any young’un, but don’t let that stop you from enjoying it if you’re not listening with kids. Don’t pretend you don’t want to hear kids talk to scientists about farts. [Listen Now]

Bodies are weird, and historically we’ve done a lot of even weirder things to them. Sawbones is a show about medical history hosted by Sydnee McElroy and her husband Justin, and it gets as gross and funny as it gets educational. Bonus: it’s been on the internet airwaves since 2013, so there’s plenty of backlog for you to catch up on during your next car trip. It’s not like the science of trepanation has changed much in the past four years. [Listen Now]

ELT is Flora Lichtman’s spin on the “whoa I did not think that was such an interesting topic, mind=blown” genre. Not every episode is science-centric, strictly speaking, but don’t worry—you’ll learn plenty. [Listen Now]

Ever wondered what it’s like to pretend you’re on Mars? Gimlet chronicled a year in the lives of six ersatz astronauts. The team’s audio diaries offer “the true story of a fake planet”—and some hints at what an actual sojourn into space might look like. [Listen Now]

Every other Tuesday, Michael Hobbes (You’re Wrong About) and Aubrey Gordon (Your Fat Friend) debunk the junk science behind health & wellness fads, and decode their cultural meaning. This show has a lot of fans on the PopSci staff; it’s one of the most well-researched podcasts any of us have ever heard, full stop. It should be required listening for anyone with a body. [Listen Now]