How much water does your food drink?

You're not the only one who gets thirsty 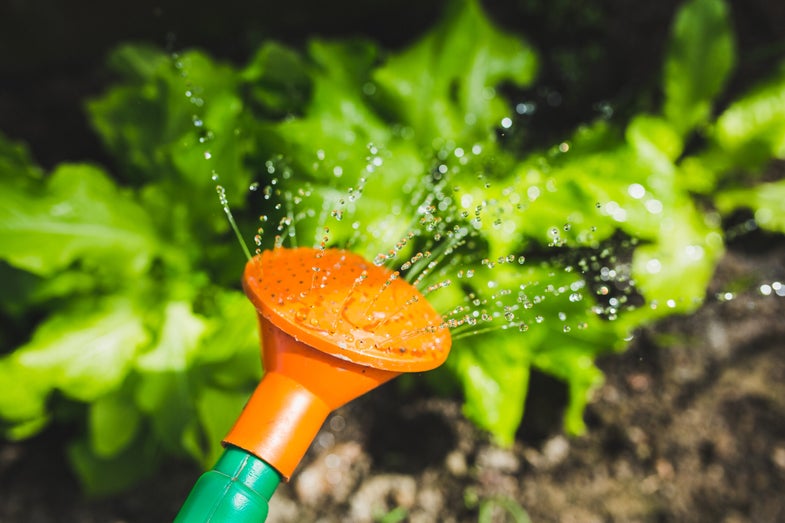 Some plants sip from the soil; others gulp. Pexels
SHARE

Note: This story, published in March, is being re-promoted as part of our #noredoctober campaign. Do the planet a solid and avoid red meat this month. We are.

When you eat, you use up every drop of water your food required to grow. And depending on your choices—roasted bro­ccoli versus a juicy steak—a meal might consume a few liters of water, or a few hundred. Some plants sip gingerly from the soil, while others gulp; and animals not only drink water, but ingest it indirectly through the feed they eat. In a thirsty world, we should choose our foods wisely. To help, Popular Science calculated how many liters of water go into 100 ­calories’ worth of the following staples.

Broccoli seems like a wonder food, based on the calories you get out for the water you put in. And even though 100 calories of the veggie weighs in at more than half a head, this crunchy snack doesn’t need a ton of flow to grow.

Chickens not only drink water, but they also munch water-requiring feed. But they don’t do so for long: The average broiler takes a mere five weeks to reach its market weight of 5 pounds. After that, the eater becomes the eaten.

Apple trees are picky growers: They don’t thrive in too-wet soil, but they do require irrigation in too-dry soil. Yet, on the liters-per-100-calories scale, they use nearly as much water as chicken. That’s because the fruit provides less energy.

Wheat usually grows in spring and fall, so farmers needn’t water it during the blistering days of summer. Wheat also has a deep and efficient root system, and in ideal circumstances, doesn’t even require additional irrigation.

Crickets are efficient little bugs. Sixty percent protein by weight, they require fewer than four liters of water per pound of protein. Even better, they reach adulthood in just six weeks. The challenge is convincing people to eat them.

Cattle are natural water guzzlers, drinking nearly 130 liters per day. What’s worse, a 1,200-pound cow can eat more than 20 pounds of hay while the sun shines, which incurs an H2O penalty of thousands of additional liters.

Olive trees are drought-resistant and begin producing olives when they reach the age of three to 12 years, depending on the cultivar. So why is the water requirement so high? Turns out olives themselves don’t have many calories, which means it takes more water to grow a serving size.

Rice, unlike almost every other crop, not only requires water, but also grows in it. Farmers typically cultivate rice in at least 5 inches of standing water for the entire growing cycle, which lasts several months.

Pistachios suck up a lot of water: The trees need almost 60 gallons per day during the summer months. To make matters worse, the nuts require yet more water when growers process them: Pistachios receive a water bath to separate full nuts from the “blanks,” hollow nuts that never developed.

Thirsty almond trees require the most water during the hottest portions of summer, when they’re rapidly developing their nuts. But the drinking doesn’t end at harvest. The trees continue to guzzle water well into fall, otherwise they won’t produce many nuts the next season. Because almonds are rich in energy, however, the water-per-calorie number isn’t too high.

Newly planted grapevines require a lot of water to keep them from going into shock. But once those vines have been growing for years, they need regular waterings only once a week, and that’s only if it hasn’t been raining.

Potato plants require more water during tuber development, but prior to harvest, they have to be weaned off most of that water. Farmers dial back how much the plants receive to avoid bruising and cracking in the tubers.

During their four-month growing cycle, corn stalks require only about 2 feet of water. Much of that has to be provided in the last few weeks of growth, as the ears of corn reach their full size.

This article was originally published in the March/April 2017 issue of Popular Science, under the title “But How Much Does Food Drink?”