Get the 411 on non-trinary particles in your fruit—and other weird facts we learned this week. 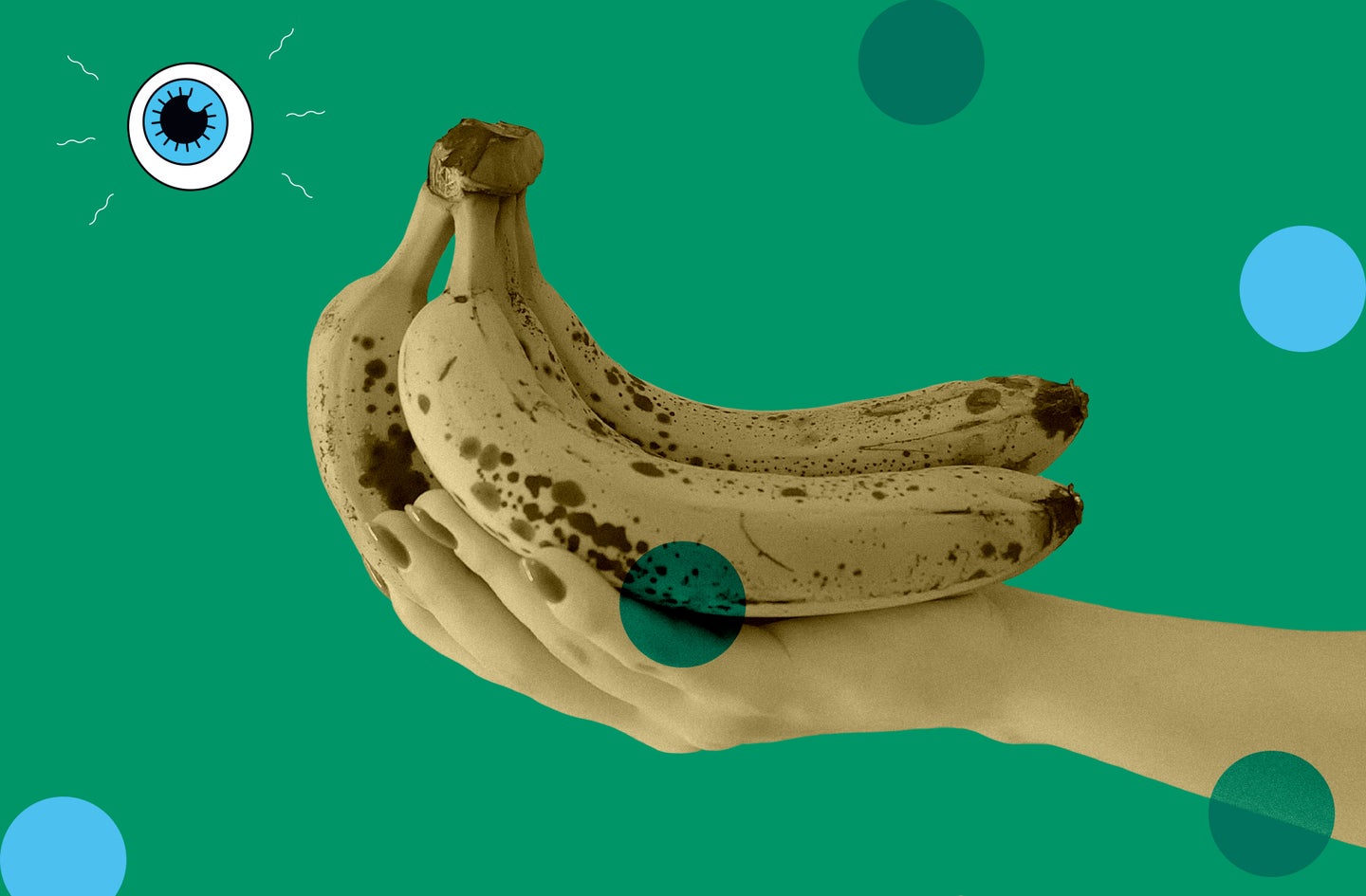 Neutrinos are produced pretty much every time atoms are fused together and when they are actively broken apart. They also get made when atomic nuclei naturally decay. This might sound like something that you don’t expect to be part of every day life, right? But in fact, if you are a voracious banana eater—or even just a casual consumer of the fruit—then neutrino production due to atomic decay is a part of your life.

Yes, bananas are slightly radioactive—but they won’t cause you any harm. Check out this xkcd comic to understand where they fall on the scale of radioactivity, listen to this week’s episode of Weirdest Thing to find out what the heck a non-trinary particle is, and grab a copy of my new book The Disordered Cosmos to take a journey into dark mater, spacetime, and dreams deferred.

[Related: Hungry for more banana facts? Check out our episode on the fruit’s flashy US debut.]

Ridiculous as it sounds, the Jumping Frenchmen of Maine is both a group of people (now dead) and a disease. It’s probably the strangest culture-bound syndrome I’ve ever heard of, mostly because it seems to have affected only a very small group of people at a particular point in time.

You’ll have to listen to the podcast to learn about the actual Frenchmen and why they jumped so much, but first, some food for thought: culture-bound syndromes are basically diseases that seem to be specific to a certain culture or subgroup. Many of them are essentially cultural concepts of stress—depending on where you’re from, the symptoms of distress might present differently. Ghost sickness in some Indigenous American cultures, for instance, is a pretty understandable response to grief, while taijin kyofusho is linked to emotional trauma and fear in Japan.

But the other thing all culture-bound syndromes have in common is that they’re all identified in non-white, non-Western cultures. Diseases amongst white Europeans are more often than not simply considered diseases, even if they’re not common elsewhere. It’s worth remembering, then, that what is considered normal versus abnormal, or sick versus well, is largely dependent on the people who write the medical textbooks. And because certain cultures—white, Western ones—have dominated the international medical field, it’s from that perspective that concepts of illness and abnormality are often judged.

(Looking for the TikTok star Rachel mentioned during the show? You can find him here!)

FACT: These sea slugs can chop their bodies off and start all over again

Speaking as someone with a history of body issues—physical, mental, and emotional—I have to admit that I have a complicated relationship with my own corporeality. This bag of mostly water does not always spark joy. As a human, the best way to deal with that is by finding a good therapist. But for certain type of sea slugs, well, there’s another option. When it’s time to shed toxic influences, these critters shed their entire bodies—literally. Like, they lob their own heads off, wiggle away, and grow new torsos to start fresh.

Sometimes animals simply shed parts of themselves and move on. This is called autotomy (not to be confused with autonomy), and it’s really common in invertebrates, but even some vertebrates do it—including a couple of mammals. If you’re a crested gecko, you might drop your tail at the drop of a hat thanks to some especially brittle cells around its base, allowing you to squirm out of a predator’s grasp and leave a wriggling tail behind to distract them. This is so common, in fact, that most adult crested geckos in the wild are tailless. At least two species of African spiny mice can shed and then regrow skin, sweat glands, hair follicles, fur, and cartilage as needed to escape trouble. And the invertebrate would is full of animals that give up parts of themselves only to regrow them (including sea cucumbers, which famously vomit up their internal organs as an offering to predators).

But certain slugs may put all previously studied autotomists to shame. A study came out in March showing that Elysia marginata and Elysia atroviridis, two closely related sea slugs, can decapitate themselves and grow entirely new bodies. Find out more about the kleptoplasty that makes this possible on this week’s episode of Weirdest Thing.