Is it loud in the ocean?

Evidence suggests our ruckus has a profound impact on marine life. 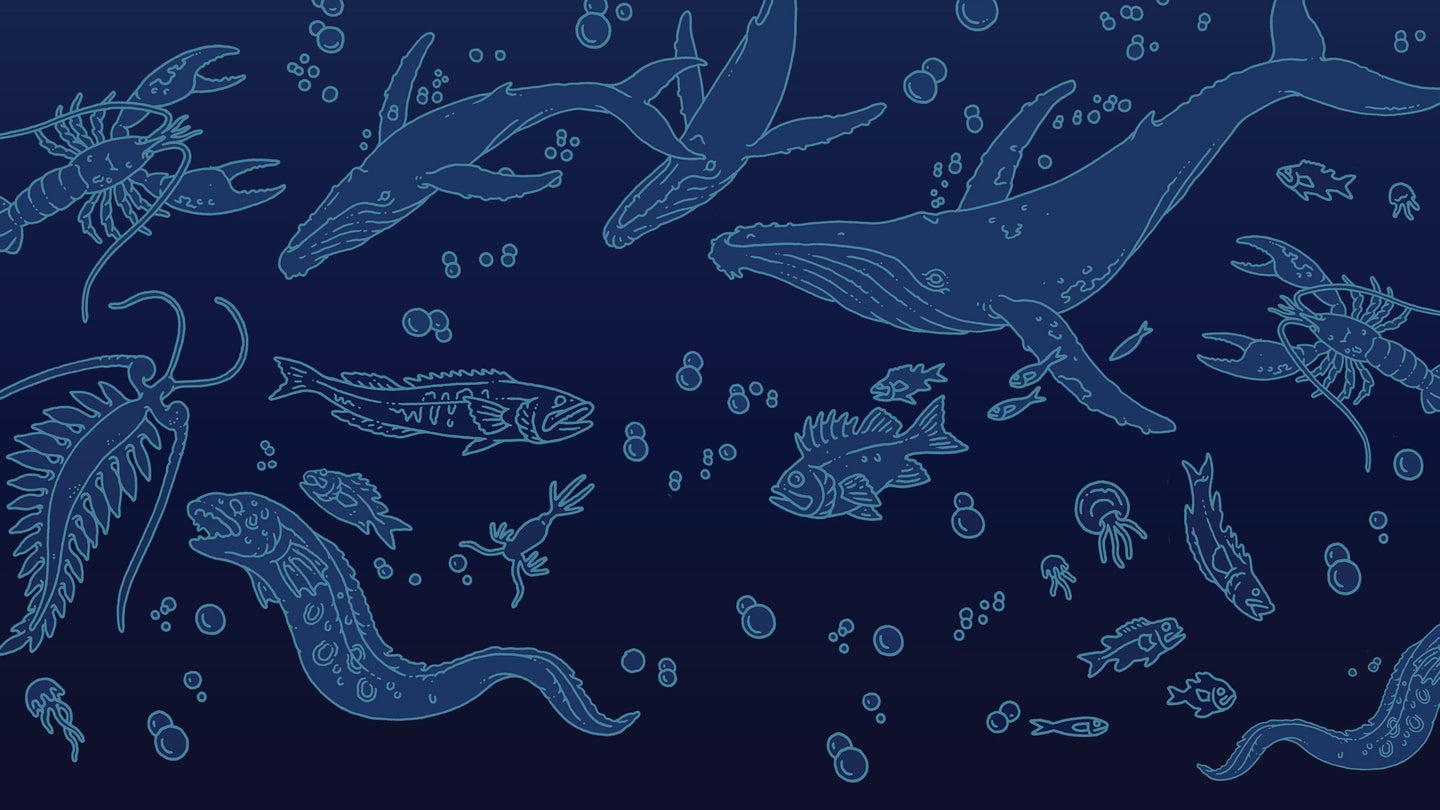 For 24 hours each march, a hush falls over the Indonesian island of Bali in observation of Nyepi, a compulsory day of silent reflection that marks the Hindu new year. Businesses close, streets clear, and beaches empty. Even air travel and shipping stop.

In March 2017, oceanographers used this rare moment of tranquility to drop six hydrophones into the water and spend a few days trying to assess what the big blue sounds like without human interference. They clearly heard the snap of shrimp claws and the grunts and groans of fish crescendo into a nightly chorus.

People imagine the ocean as serene, but the deep has never been the silent world that conservationist Jacques Cousteau once called it. Data suggests most of the 34,200 species of fish can hear, and there’s plenty to listen to. Whales aren’t alone in singing; at least 800 species of fish click, hoot, purr, or moan. A healthy coral reef sounds like corn popping. Storms and earthquakes add to the score. But the industrialization of the sea over the past 70 years has generated enough din to make hearing anything else difficult. For years, few worried about it, because what did it matter in all that water? Yet mounting evidence shows that our racket profoundly impacts marine creatures great and small—​and could shorten their lives.

Aquatic life has enough to worry about dealing with nature’s bluster alone. The 9.0 temblor that hit Japan in 2011 registered 230 decibels off the Aleutian Islands of Alaska. That’s equivalent to a Saturn V rocket and might be the loudest natural event recorded underwater. As Hurricane Irma battered Florida with 75 mph winds after making landfall in 2017, a hydrophone in Sarasota Bay recorded a 30-decibel increase in background noise. That’s eight times louder than the 76 measured before the storm.

Even in calm seas, though, the dynamic aural environment has given way to cacophony in many places. Shipping remains the biggest offender; its groans and rumbles increased 3 decibels (a doubling in intensity) each decade between 1950 and 2007. Acoustic energy travels farther through water than air, so few places escape the blare. “If you have a hydrophone in the middle of the open ocean and really listen, it will sound like you are near a freeway,” says ocean acoustician Rex Andrew of the University of Washington Applied Physics Laboratory. “You don’t hear individual ships but a constant distant roar.”

That’s only part of the sonic assault. The pneumatic blasts of a seismic air gun, fired at the seafloor to locate oil and gas, are louder than a jet and can carry for 2,500 miles. The thunderous output of a dredger tops 160 decibels—​akin to a shotgun blast but sustained for hours. A control mic placed near the airport during the Nyepi study found that planes increased ambient furor beneath the waves by 6 to 10 decibels—​up to a tenfold spike—​when they resumed flying.

All of this impacts marine life in several ways. Much of it clutters the frequencies sea creatures rely on to communicate, hunt, and find their way. Short, intense bursts above 200 decibels can injure their hearing, and persistent background droning greater than 120 (chainsaw territory) can alter their behavior.

Cetaceans show the most obvious reactions. They may dive or ascend suddenly or swim vast distances to flee sonar pings, which can exceed 215 decibels and travel nearly 100 miles. Some species even beach themselves. One study identified 121 strandings by beaked whales between 1960 and 2004; such events were rare before sonar became prevalent 60 years ago. Necropsies revealed hemorrhaging and damage to their ears, brain, and kidneys. Researchers also found signs of nitrogen bubbles in their blood, which suggest the animals suffered decompression sickness, aka the bends, an incapacitating condition caused by surfacing too quickly.

Looking beyond marine mammals, dozens of fish studies show noise impairs the animals’ ability to listen, which is critical for hunting, mating, and avoiding predators. Smaller creatures face risks too. Researchers who fired a seismic air gun off the coast of Tasmania collected two to three times as many dead zooplankton within the mile-long test zone than before they started, implying that the din can devastate creatures at the base of the oceanic food web.

Scientists know less about the impact of chronic noise, most of which comes from shipping. Worse, they cannot fully assess the problem because they lack a baseline, or even models, of ambient sound. U.S. Navy recordings from the 1950s offer only snapshots.

Still, some evidence implies that human-​caused distortion poses a constant, if sublethal, threat. Hydrophones revealed that Canada’s Bay of Fundy was 6 decibels quieter after U.S. officials shut down domestic airports and shipping ports following 9/11. Fecal samples from North Atlantic right whales in the area revealed a decrease in the metabolites of stress-related hormones that can stunt growth, damage the heart, and impair the immune system. That suggests our influence might take a toll on their longevity.

Investigators rarely get to eavesdrop on hushed waters because shushing the sea for even one day is nearly impossible. Studying aquatic behavior typically means adding to the clamor by, for example, subjecting whales to controlled sonar exposure. “We never treat these animals with silence,” says Christine Erbe, an Australian geophysicist who worked on the Bali study. She is among 100 scientists involved in the International Quiet Ocean Experiment, which plans to use scheduled lulls in, say, offshore construction and other occasions to create a benchmark of natural sound.

Their findings could help answer the most pressing questions: Just how noxious is all this noise, and what are the long-​term implications? In December 2018, the United Nations expressed an urgent need for additional research to find out. Others aren’t waiting. The European Union decreed that our fracas must not adversely affect sea life, and the shipping industry is redesigning propellers and taking other steps to pipe down. Perhaps inhabitants of the world’s oceans might soon enjoy a bit more peace and quiet.