Warm, oxygen-starved waters are a recipe for trouble. 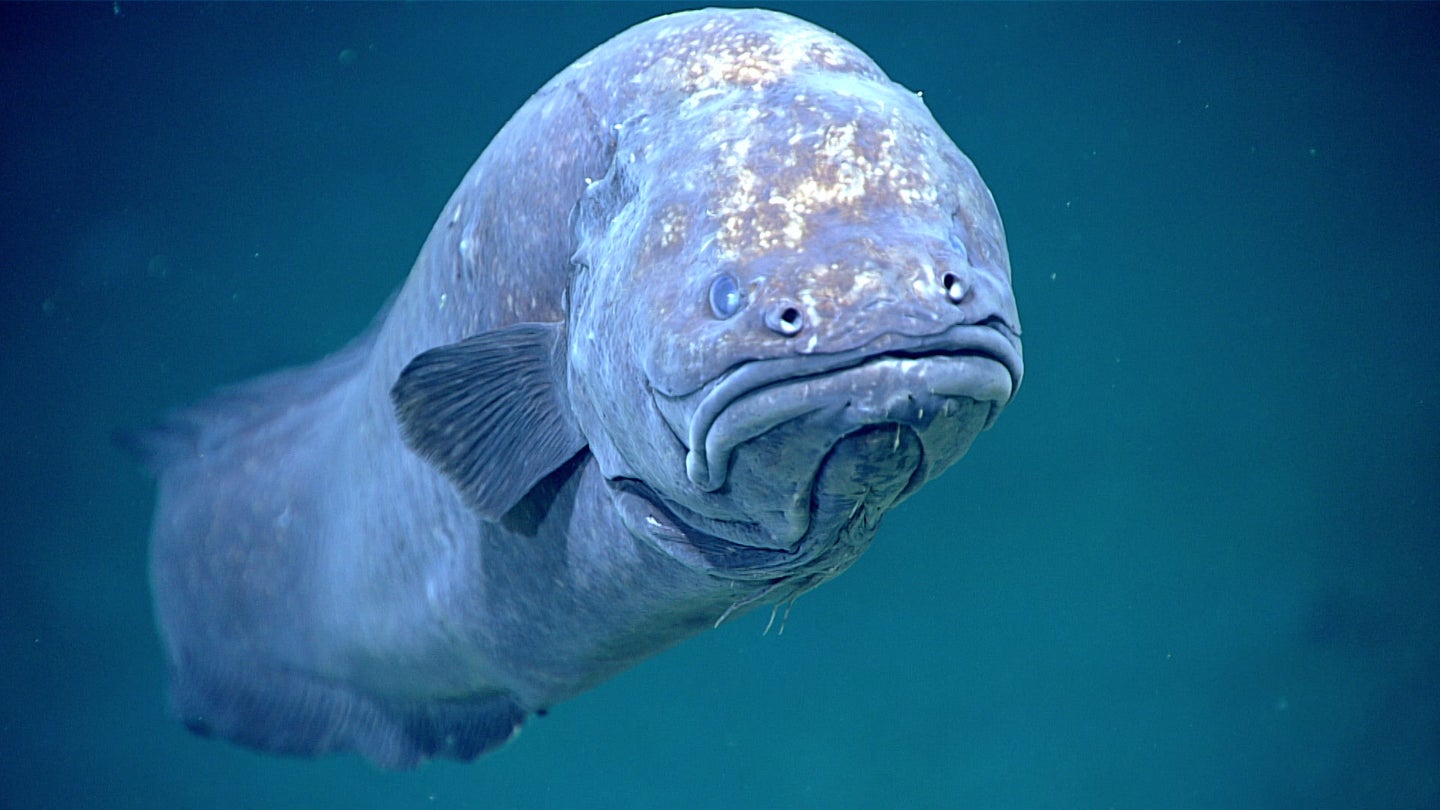 Not even the ocean's deepest dwellers are immune to climate change. NOAA
SHARE

The fish that live at the bottom of the sea are a hardy bunch. They’re adapted to handle crushing pressure, little to no sunlight, and a meager supply of food. But these otherwise gritty fish are also very sensitive to changes in the climate of the water around them, a new study suggests.

Scientists surveyed different patches of seafloor in the Gulf of California and saw that variations in temperature and oxygen levels had a huge impact on whether the fish community was thriving or sparse. In particular, the researchers found that one specific combination—warmer waters mixed with low oxygen levels—didn’t bode well for deep sea fish. This means that these creatures are likely to be vulnerable to the impacts of climate change, the researchers reported March 5 in Marine Ecology Progress Series.

“Coming into this study, we really didn’t know if deep-sea fish communities were going to be sensitive to the types of climate changes projected for the future,” says Natalya Gallo, a marine ecologist at the Scripps Institution of Oceanography at the University of California San Diego.

The Gulf of California, nestled between the Baja California peninsula and mainland Mexico, offered Gallo and her colleagues a unique setting to explore this question. The southern part of the sea is fed by cold water from the Pacific Ocean that has very little dissolved oxygen. The northern end of the Gulf has warmer, more oxygen-rich water. Strong tides carry this water to an isolated channel in the otherwise shallow area. This means that closely neighboring areas of the Gulf have wildly different environments.

Gallo and her colleagues sent a remotely operated submersible to explore five sites in the northern, central, and southern regions of the Gulf. The vehicle collected video footage of 48 different species of fish living near the seafloor. It also sampled a range of environmental conditions, including temperature, oxygen levels, depth, latitude, and whether the seafloor was rocky or sandy.

They found oxygen and temperature had the most significant effect on the fish communities there, Gallo says.

Generally, waters that were both warm and rich in oxygen were home to large numbers of fish. The less oxygenated the water in a given area was, the less diverse the fish community was. However, Gallo and her colleagues were surprised by how many fish did manage to eke out a living in oxygen-starved waters in the southern part of the gulf. They observed cusk eels and lollipop catsharks (so named for their bulbous heads, which house gills adapted to hoover up every possible bit of oxygen from the surrounding water) thriving in this far from ideal environment.

“Quite remarkably, we found that in all but one of my samples there was a fish community,” Gallo says of the poorly oxygenated areas. “We were expecting there would be large parts of the seafloor that had no fish living down there.”

The only site where the team didn’t see any fish was a location that had both very warm temperatures and very low oxygen levels. This might be because the animals’ metabolisms sped up in warmer conditions, demanding more oxygen than the fish would otherwise need and more oxygen than was available.

Gallo and her colleagues also predicted how climate change might alter the Gulf of California over the 21st Century. They found that the Gulf will on average become warmer, and oxygen levels will probably decrease a bit as well.

This could spell trouble for fish in parts of the cold, southern region of the Gulf. “We have certain species in the Gulf of California which are amazingly adapted to live under very, very extreme low-oxygen conditions,” Gallo says. But if temperatures increase by even a little, she says, those low-oxygen, they will no longer be able to thrive in those low-oxygen regions.

However, fish living in the northern and central parts of the Gulf—including commercially valuable species such as rockfish—tend to be ones that aren’t adapted to withstand low-oxygen conditions, making them particularly vulnerable to climate change. “The central Gulf is probably one of the areas where the combined impacts of warming and oxygen loss may be especially important,” Gallo says.

Many parts of this region are both shallow and poorly oxygenated. “That’s where we expect to see the greatest impacts from climate change, because it’s an area where you have some extreme conditions, but also have fish communities that don’t do well under those extreme conditions,” Gallo says.

It’s likely that deep-sea fish in other parts of the world are sensitive to changes in temperature and oxygen as well, she says.