Ocean sounds are full of surprises. 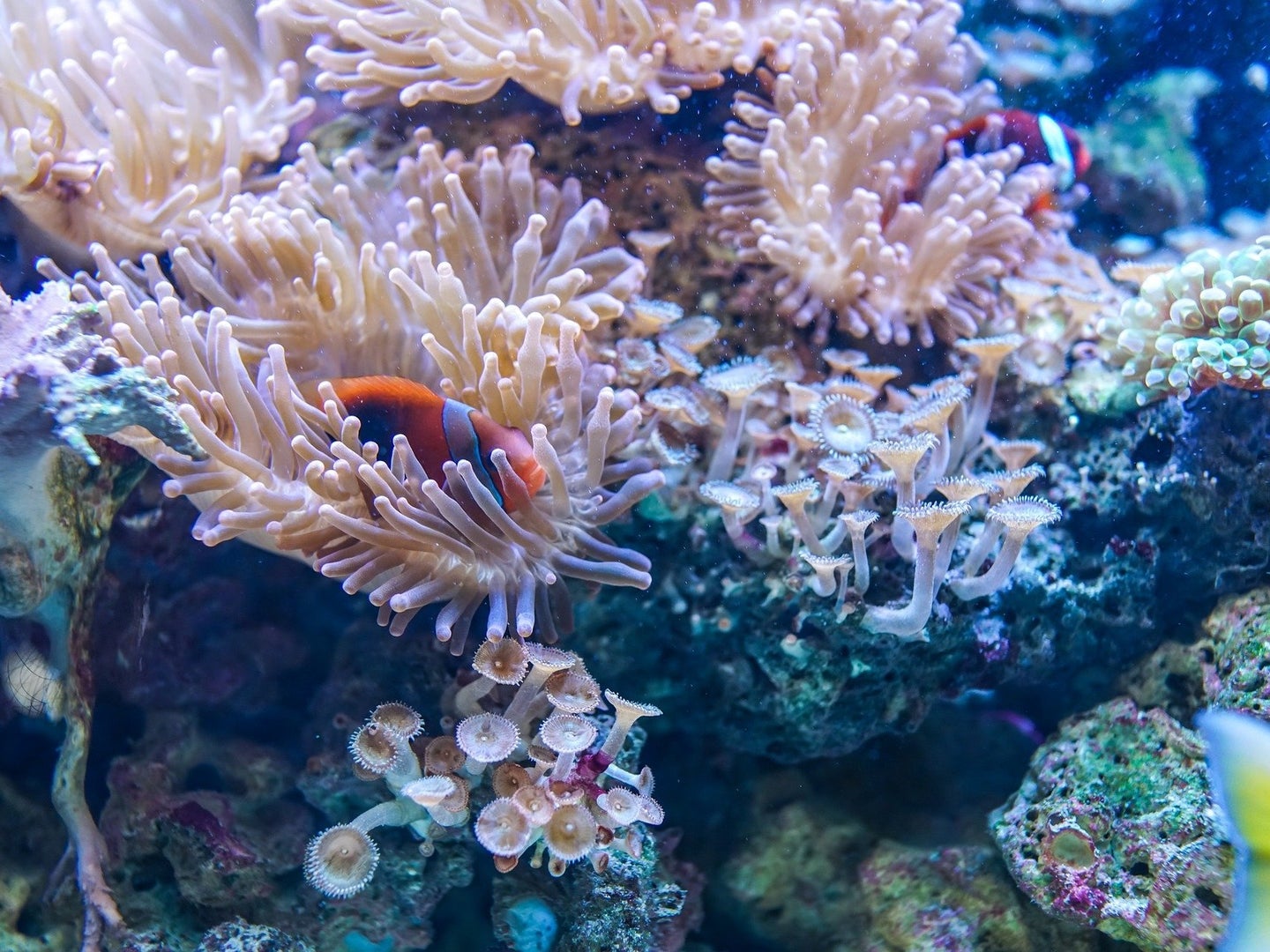 Soundscape ecology is an emerging field of science, examining what sounds might reveal about a coral reef ecosystem. Pixabay
SHARE

When we think about underwater noises, our minds often turn to whale songs and dolphin clicks. But there are other voices, too. In fact, coral reefs generate a constant stream of melodious tunes. Over the past several decades, researchers have learned that analyzing these sounds might reveal clues about the happenings and health of the underwater ecosystems.

“When you have a bunch of little damselfish next to each other, they’re very territorial,” says Kayelyn Simmons, a PhD candidate at North Carolina State University. “So they do these like little pops and chirps. And it’s basically to tell another critter to get away from my home.”

A new study led by Simmons and published on February 24 in the open-access journal PLOS One, examines the aural impacts of Hurricane Irma on a coral reef habitat in the Florida Keys National Marine Sanctuary. The team, which also included NC State University professors David Eggleston and DelWayne Bohnenstiehl, found only subtle changes in the sounds of some reef-dwellers, suggesting the ecosystem may have returned to business as usual following the storm.

So-called soundscapes are the tapestry of sounds that come together in a given place, from human-associated noises like motors to chimes brought on by wind, rain, and animal calls. Soundscape ecology, the study of sounds that come from a particular landscape, is an emerging field of science, and this latest study is part of a growing body of knowledge examining what sounds might reveal about a coral reef ecosystem.

Passively monitoring acoustic sounds can be a good way to collect data on multiple species at once without potentially disrupting one’s subjects by swimming around in their space (or dissecting them later).

“It’s a great non-invasive tool, I don’t have to harm any organisms,” says Simmons. Listening, she says, offers a kind of holistic perspective. “We can use this sound as a kind of proxy for diversity, abundance, and the overall health of the ecosystem.”

These days, a wide array of human-caused stressors, from overfishing and leaked sewage, runoff and other chemical contamination to climate impacts like ocean acidification and turbo-charged storms, are pounding coral reefs around the globe.

“In our country, especially around Florida, it’s pollution that is really killing the corals,” says Phillip Lobel, a biologist at Boston University. “What you worry about are the combination of stressors, where, because of pollution, something like a big storm might come back and be the final nail in the coffin.”

While working on another study back in the summer of 2017, NC State’s Simmons and her coauthors put eight hydrophones in different spots around the Florida Keys Coral Reef Tract. That September, Hurricane Irma, a category 4 storm, hit the Lower Florida Keys. Most of the hydrophones disappeared in the storm, but one in Eastern Sambo, a coral reef open only to scientists, made it through undamaged (though the reef structure itself took a beating). After they collected the surviving hydrophone, the authors took the opportunity to examine certain sounds in the reef before, during, and after the storm.

[Related: Read about how reef sharks around the world are in trouble]

The hydrophone collected data for two minutes every twenty minutes each day; the study focuses on data collected between July and October of 2017. Using sound pressure levels as a metric for loudness, they looked in particular at the low-frequency sounds produced by reef fish, and the higher-frequency sounds generated by snapping shrimp, which make sounds with their claws that Simmons compared to “bacon sizzling or popcorn popping.”

“During the hurricane, we really just wanted to see, could we hear anything besides the hurricane? And—no,” she laughed.

We still know so little about marine soundscapes, Stephanie Archer, an assistant professor at Louisiana Universities Marine Consortium, wrote in an email to Popular Science—and studies examining how they react to disturbances can help us understand them better.

“To me, this study and others like it continually show that nature can be more resilient to these catastrophic events than we might predict,” she added. “However, there is still a lot of work to do to make sure these habitats are given the conditions and time they need to recover. While they may be resilient to a single storm—we don’t know how they may respond to the increased frequency and intensity of storms that are predicted as our climate changes.”

Moving forward, Simmons hopes to study the relationship between how protected a reef is (from things like fishing, swimming, and other human activities) and what it sounds like.

In the meantime, it’s becoming clear that stepping back and listening is a great way to learn about the world, in all its bizarre complexity. During the next full moon after the hurricane, Simmons says, when spawning behavior is common—”the fish returned to their really loud chorusing.”