A mysterious virus is sickening people in China

We don’t know much about the new disease, but there’s a lot we do know about how outbreaks happen. 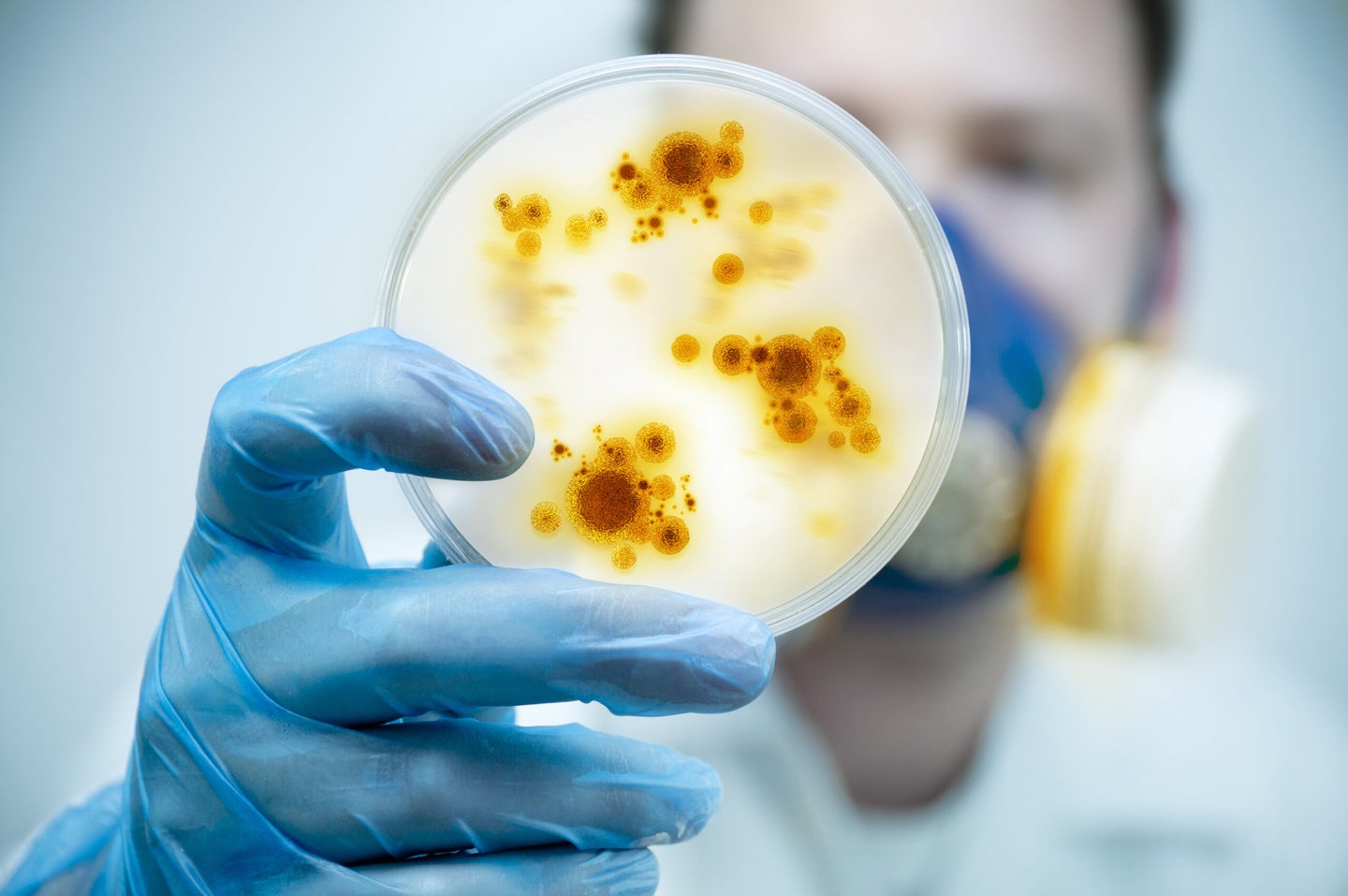 Around 70 percent of the new infectious diseases that have emerged in the past three decades are zoonotic, meaning that they can be transmitted between animals and people.
SHARE

An unidentified virus has caused pneumonia in around 59 people in the city of Wuhan in China, CNN reported on January 7.

Not much is known about the mysterious virus. The first cases appeared in December, and some of the afflicted individuals worked in a market that sold seafood and live animals; the food store has since closed so it can be disinfected. The disease may have been transmitted from animals sold at the market to people.

Around 70 percent of the new infectious diseases that have emerged in the past three decades are zoonotic, meaning that they can be transmitted between animals and people. Fortunately, scientists do know a lot about the circumstances that lead to these kinds of viral outbreaks.

“There’s a variety of different trajectories a virus can take as it comes out of an animal population and spills into humans,” says Ralph Baric, a viral epidemiologist at the University of North Carolina at Chapel Hill who studies emerging diseases. “A lot of that depends on virus evolution and selection, bad luck, and random chance.”

Here’s what you need to know about how these viruses cause outbreaks.

For an outbreak to happen, you need a virus that has all the right characteristics to cause mayhem.

First, the virus needs to be able to jump from animals to people. Typically this means the viruses latch onto the surface of human cells and then hijack them to force the cells to make more copies of the virus. In these cases, says Gregory Gray, an infectious disease epidemiologist at Duke University, “We see the viruses develop an affinity for the infection of human cells.”

SARS stems from a virus (the SARS-associated coronavirus or SARS-CoV) that occurs naturally in bats, spilled over into civet cats (wild animals which are often a delicacy in China), and then jumped to people in live animal markets in southern China in 2002. The disease spread around the world to infect more than 8,000 people and kill nearly 800 before the outbreak was contained in 2003.

MERS emerged in Jordan in 2012; the virus responsible began in bats as well and likely spread to camels. “The genesis of the outbreak probably occurred because of the huge camel markets in the Middle East,” Baric says. Large herding pens were the perfect environment for the virus to pass from camel to camel and then into camel herders.

The viruses that cause SARS and MERS “actually have the innate capacity to replicate in multiple species,” Baric says. “They don’t need a mutation to make that initial jump; they need to make mutations to become efficient at colonizing the new species.”

Once an outbreak begins, there are some characteristics that can make it easier for a virus to spread.

To control the virus, public health officials trace as best they can the disease’s spread from person to person. But it’s harder to control an outbreak if a sick person can transmit the virus to other people before they start showing signs of illness, Baric says.

One reason that the SARS epidemic was controlled so swiftly was that the virus is transmitted to new hosts most efficiently about 36 hours after a person starts showing symptoms. “You could identify who was infected, identify their contacts and put them all in quarantine,” Baric says. By contrast, “In the case of the 2009 [H1N1] flu epidemic, that virus was transmitting before symptoms appeared and it went around the world.”

The SARS virus also sickened nearly everyone it infected, making it easy to track and tame. Other viruses, like MERS, don’t cause visible symptoms in everyone they infect. “It can go through a hidden network for one or two passages and then infect somebody and cause severe disease,” Baric says. “So it’s much harder to control when something like that is happening.”

Whether an outbreak is successful also depends on the people whom the virus infects; some people are naturally better hosts for a particular virus than others. Researchers don’t completely understand why this is. During the SARS epidemic, Baric says, most people didn’t spread the virus to anyone else, or only passed it on to one other person.

“But then you’d have these rare super-spreaders that would walk through a hospital room and infect 20 people; we don’t know to this day why that person was a super-spreader,” he says. “So host genetics can have a big impact on the rate of epidemic expansion and colonization of a new host as well.”

Many of the viruses that plague us don’t cause serious illnesses in the animals they originated in; the MERS virus causes a mild respiratory infection in camels. “The animals may be totally without any signs of illness and that makes it very difficult to prevent [transmission],” Gray says.

One way this can happen is when a virus sneaks its way into a large-scale industrial farm that is home to thousands of animals. “If it doesn’t cause illness in the animals we may not even know about it, but all the time it’s sitting there, slowly changing,” Gray says. “And suddenly you’ve got a new progeny virus that is problematic to [humans].”

Once people have come into contact with infected animals, there are plenty of other circumstances that will influence whether a virus spreads far and wide.

Wars, for example, can give viral outbreaks a prime opportunity to take off, Baric says. “You’re looking at displaced people without good medical care and living under rough conditions with poor sanitation,” he says. Anywhere that people gather in large numbers—like daycare centers and hospitals—can become an epicenter for disease transmission, though. “As the population density increases, the chance of transmission increases,” Baric says.

And air travel has made it easy for these illnesses to rapidly spread around the world.

It’s inevitable that diseases will jump from animals to people and erupt into outbreaks.

But scientists are preparing for these emergencies by hunting down dangerous pathogens before they strike. Around the world, scientists are trying to find out what pathogens are circulating in populations of wild animals, even if they aren’t yet at the point where they can sicken people; Gray hopes to see similar efforts target livestock in the future. The scientific community is also getting better at predicting which strains have a better chance of jumping from animals to people, Baric says.

Our biomedical capabilities have come a long way in the past 20 years, Baric says. And while it’s important to keep an eye on the mystery virus emerging in China, he adds, the good news is that Wuhan is home to a virology institute with state of the art facilities and researchers with lots of experience in responding to emerging respiratory diseases.

“I’m expecting and I’m hoping that we see what a well-oiled scientific endeavor to do to tamp down on an emerging outbreak and hopefully we’ll get this thing under control quickly,” he says.