Here’s how the spikey coronavirus blob came to life. 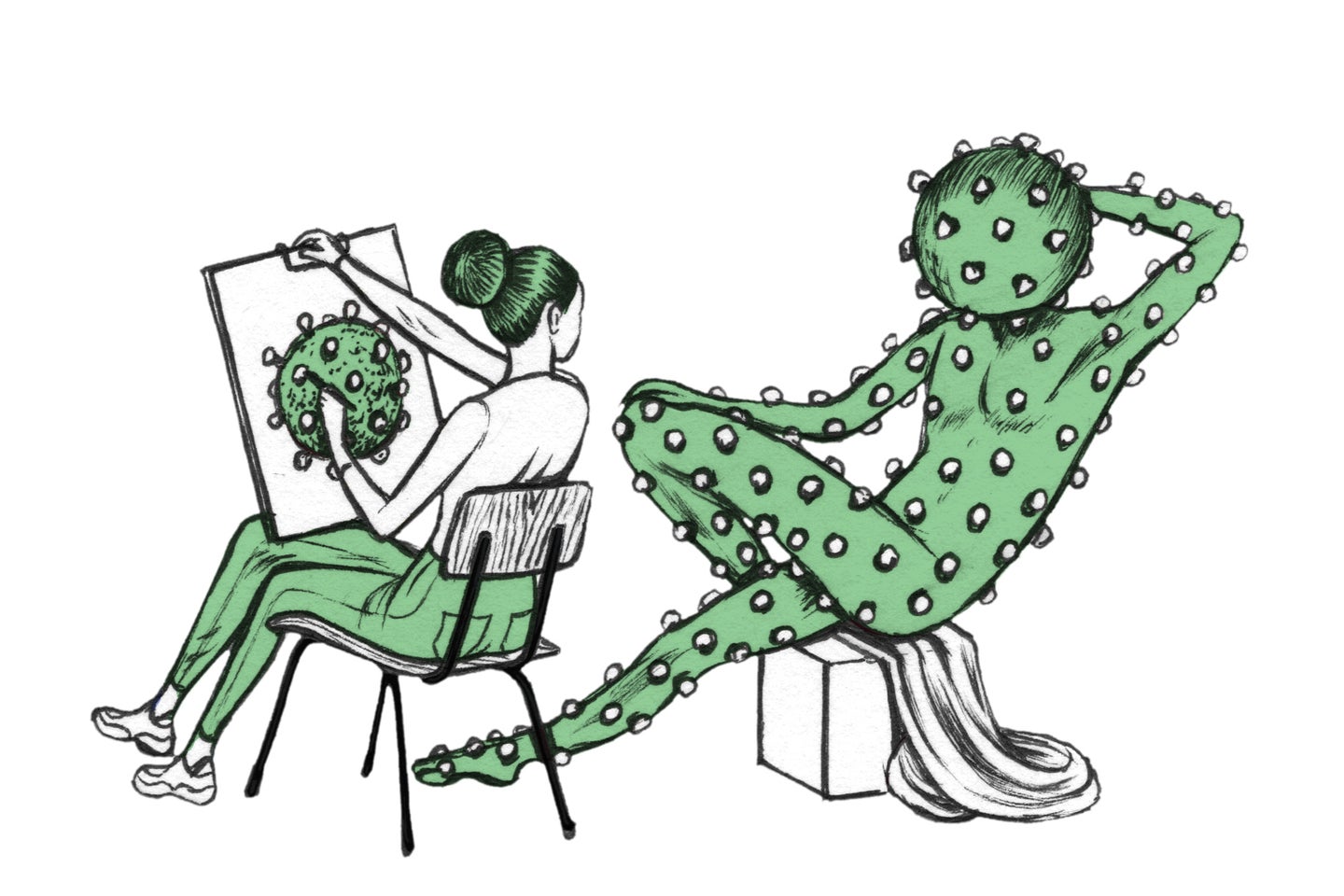 Alissa Eckert is a scientific and medical illustrator at the Centers for Disease Control and Prevention. Here is her story as told to Kate Baggaley.

When the novel coronavirus first took hold in the United States in early 2020, my colleague Dan Higgins and I were tasked with a unique job: Create a beauty shot of the microscopic public enemy number one.

We’d both previously lent our artistic expertise to emergency responses for outbreaks of Ebola, Zika, and H1N1—and the CDC’s ongoing battle with antibiotic resistance. So we had practice taking microbes that were incredibly dangerous, but essentially invisible, and transforming them into bold, striking figures. You need something that’s going to grab attention as people are scrolling through the news or social media.

We worked with virologists to help decide what characteristics of the pathogen were important to highlight and could easily lend themselves to artistic rendering. We zeroed in on a specific component known as the S or spike protein. Copies of it rest on the outside surface of the microbe and make SARS-CoV-2, the virus that causes COVID-19, look as if it bears a crown. The proteins are also what allow the invader to gain entry and attach to human cells. We made those thorny segments red; every other color felt flat. I also gave them a rugged texture that people can imagine feeling between their fingers. I hoped this would make the virus look real and signal that it’s a true enemy. We also used stark shadows, as the high contrast creates an ominous scene that inspires urgency.

The final image seems to have struck a chord. I was surprised that it has not only appeared in public health and media reports but has also inspired piñatas, cookies, and little dolls. I’ve even seen folks creating hairdos meant to resemble the cherry-colored spikes. We did our job: The image is cemented in people’s minds.