The truth about organic food and cancer

Your wallet might have more of an effect than your shopping cart. 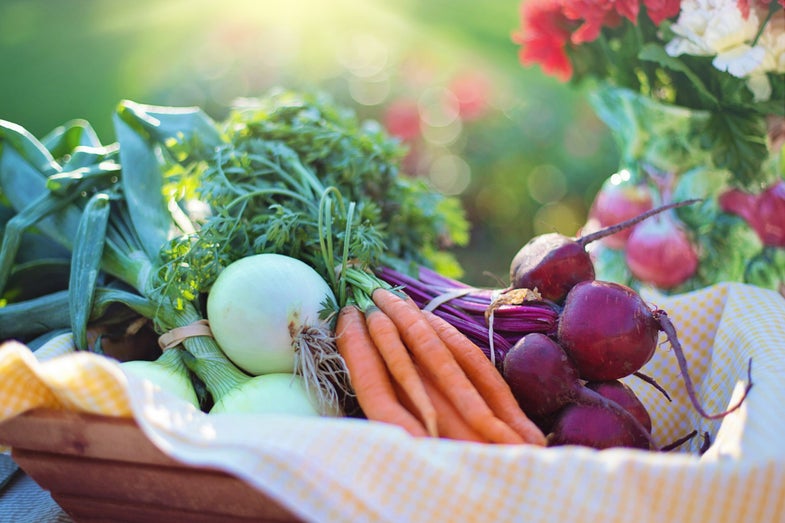 There’s a lot we don’t know about organic food. But one thing we do know? That being a person who both can afford to buy organic and chooses to do so generally means you’re a healthier person.

Of course, that doesn’t necessarily mean organic food makes you a healthier person. That’s the central issue at the heart of a recent study published in JAMA that’s making headlines for purportedly showing that eating organic reduces your risk of cancer. Like so many studies claiming that any specific lifestyle choice will prevent cancer, there’s a lot more to this story.

What did the study actually say?

This is a classic case of association: French researchers asked 68,946 adults, also all French, to report how frequently they consumed organic food. They also asked everyone to report whether they had cancer, and at a five-year follow-up, asked again about any cancer diagnoses. On top of that data, the researchers collected information like whether the participant smoked, how much money they earned, how heavily they drank, and how much they exercised. Based on all that, they found a correlation between a lowered overall cancer risk and eating more organic food.

What’s getting slightly less attention in the media is what happened when the researchers broke down cancer risk into specific kinds of cancer. Eating organic food had no impact on participants’ risk for premenopausal breast cancer, prostate cancer, colorectal cancer, or skin cancer. It was only associated with a reduced risk for postmenopausal breast cancer, lymphomas, and non-Hodgkin lymphoma (a subgroup of lymphoma).

Where does the study fall short?

Potential confounding factors—like high income or physical activity level—are especially important when studying the health benefits of organic food, because eating organic is associated with lots of things that also help you live a longer, healthier life. In other words, people who regularly eat organic food tend to have other lifestyle factors and habits that could easily lower cancer risk as well. Even within just this one study, high organic food consumption was associated with higher income, higher occupational status (a “better” job, like being a manager or working an intellectual office job), more physical activity, eating more fruits and veggies, and eating less meat and processed food. Those are all things that make you more likely to stay healthy than those who can’t afford to take such good care of themselves.

And on top of those potential confounders, it’s very easy for people to misreport how much and what kind of food they really eat. “Organic food intake is notoriously difficult to assess,” notes an accompanying editorial in JAMA, “and its self-report is highly susceptible to confounding by positive health behaviors and socioeconomic factors.”

The researchers can try to control for these issues, which means doing statistical analysis to try to figure out the effect of organic food with all other factors being equal, but the problem with confounders is that it’s very difficult to control for all of them.

Controlling for higher income doesn’t quite cover all the benefits that having a higher income gives you, for example. People with more money can, for instance, go to the doctor more frequently, which makes them more likely to detect certain cancers early enough to treat them, and gives them an opportunity to be prescribed medication to treat chronic health issues. It also enables them to pay for high-quality treatment. It probably means they stress less about money, and we know that chronic stress has an overall deteriorating effect on health. They also tend to live in areas with lower levels of environmental pollutants and tend to get more sleep.

Having a higher income also means you can afford to buy organic food. On average in the U.S., organic food costs 45 percent more, and that means the people who consume the most organic food will tend to have more money (and likely less stressful jobs that afford them the time to exercise).

Is this study in line with what previous research has found?

Sort of yes, sort of no. There hasn’t been a lot of research on organic food and cancer risk, but the Million Women Study done in the U.K. was quite similar but reached slightly different conclusions. That research group also found that eating organic was associated with a reduced risk for non-Hodgkin lymphoma, but found no significant change in overall cancer risk. In fact, it found a slightly increased risk for breast cancer.

Okay, so we’ve outlined all the ways in which this study does not mean that eating organic will keep you free from cancer. But if there is some connection, what causes the increase in risk? The main culprit researchers suspect here is pesticides. IARC, the International Agency for Research on Cancer, has identified three popular pesticides as “probably carcinogenic” (this doesn’t necessarily mean that they definitely cause cancer, it just means that it’s possible exposure to them has some effect on your risk of cancer). A lot of the data that went into making that decision came from occupational exposures—farmers or other agricultural workers who get much higher exposure than the average citizen, no matter what food you’re eating. All three of those pesticides have been associated with non-Hodgkin lymphoma, so it makes sense that this is the most consistent finding in large-scale dietary studies on cancer risk.

We do know that organic foods generally contain fewer synthetic pesticides than conventional produce, but “organic” doesn’t necessarily mean pesticide-free. The U.S. Department of Agriculture has a long list of permissible pesticides for certified organic farms. Still, fewer pesticides in our bodies would be a good thing, and studies in the last few years (like this one from 2015 and this one from 2016) suggest that consuming organic produce does decrease your pesticide exposure.

Should I be eating more organic produce?

We’ll defer to the JAMA editorial to summarize this one: “current evidence indicates that the benefits of consuming conventionally grown produce are likely to outweigh the possible risks from pesticide exposure.”

In other words: eat more fruits and vegetables, regardless of whether you can afford the organic versions. A 2017 meta-analysis of the health effects and nutritional differences between organic and conventional produce notes that though “there is some evidence for potential benefits of organic food consumption from human cohort studies,” that “considerable uncertainty/controversy remains on whether or to what extent these composition differences affect human health.”

So if you have the cash to spare, it’s probably a bit safer to buy organic in general, but as the editorial points out everyone would be better off in terms of cancer risk if they exercised regularly, ate less red meat, and increased their veggie intake—organic or otherwise. And of course, it’s important to remember that anyone can get cancer, no matter how healthy their lifestyle.