Physicians in the United States are used to single-use products, but changing that could reduce the amount of unused resources. 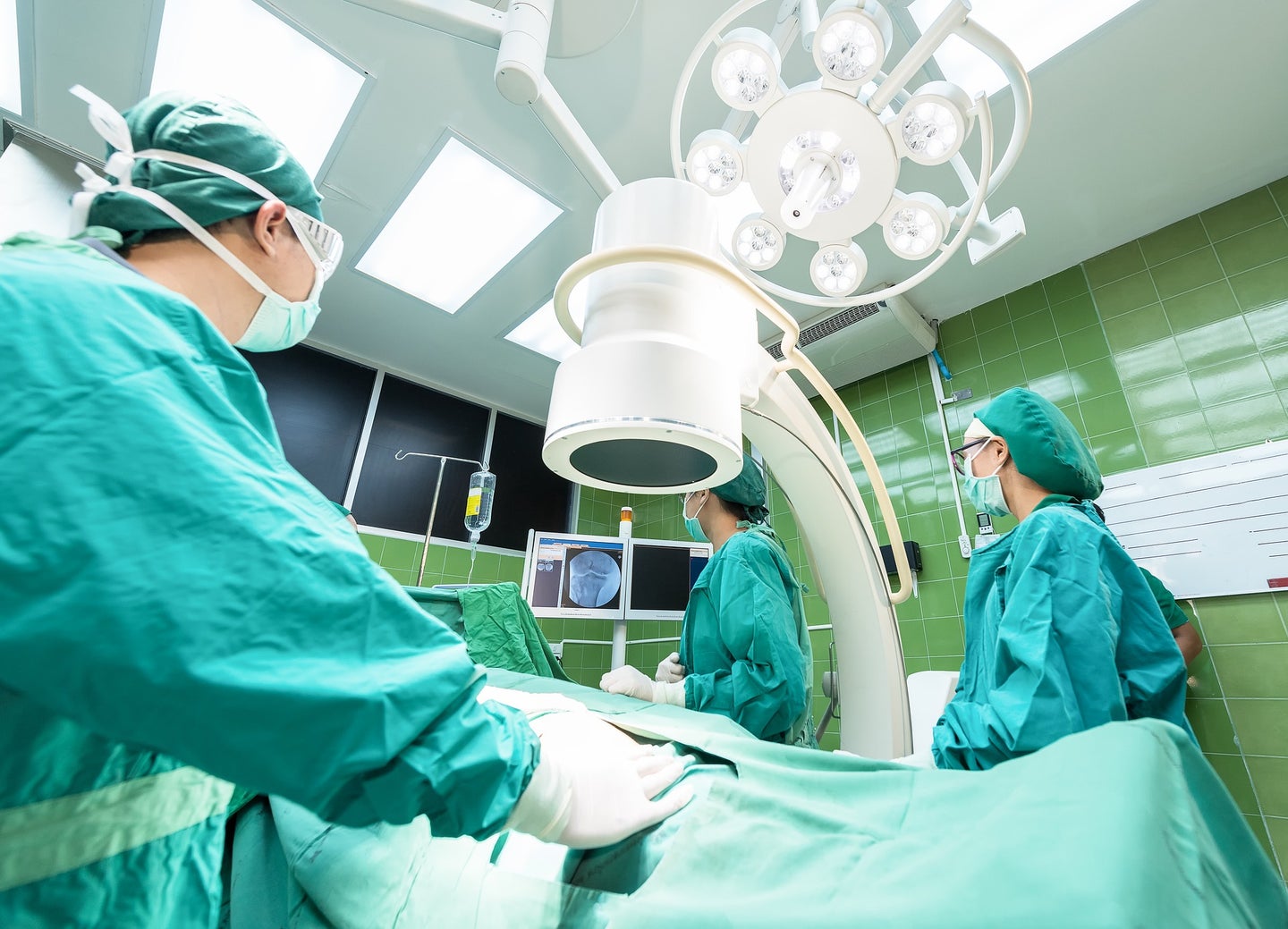 After finishing graduate school in environmental engineering, Cassandra Thiel spent a year working in India at Aravind Eye Hospitals, analyzing the resources they used in, specifically, cataract surgery. Thiel, now an assistant professor in the department of population health at New York University School of Medicine, saw marked differences from the United States—which produces far more waste during the same procedure. “The outcomes were just as good as outcomes in the United States, but the way they provide care is so much more efficient,” she says.

Thiel quantified the amount of waste cataract surgery in the United States produced in a study published this week in the journal JAMA Ophthalmology, and found that it comes at a high financial and environmental cost. “We’re wasting a lot unnecessarily,” she says.

The study measured unused pharmaceuticals during cataract surgery at four healthcare facilities in the northeastern United States. The four facilities did between 21 and 112 routine cataract procedures per month and left unused between 21.3 percent (at the lowest) and 65.8 percent of the drugs (at the highest) required for the procedures. One of the facilities spent, for example, $26,354 on drugs for cataract surgery per month—and wasted $15,859 in drugs, or $217 per surgical case.

The authors also measured the carbon footprint generated when producing the drugs that would ultimately go to waste, and determined that they produced equivalent emissions to driving between around 1,000 and 6,000 miles in a passenger car each month. “Everything we use is manufactured somewhere, it has to be shipped somewhere, and made into products—all steps have emissions. Health care has a really large carbon footprint,” Thiel says. In the United States, for example, 10 percent of the carbon emissions come from the healthcare system. The wasted material used in hospitals contributes to that environmental footprint, she says.

The study contributes to our understanding of resource use in surgery, says Paul Lee, chair of the department of ophthalmology at the University of Michigan Medical School, who wrote a commentary on the paper also published in JAMA Ophthalmology. Consideration of environmental costs of the waste, he notes, is an important addition to the conversation.

Waste likely happens during cataract surgery for a number of reasons, Thiel says. First, the vials containing drugs used in surgery usually hold more than is actually used in the operating room. “It’s much too large for what they’re putting in your eye. Smaller doses are usually about the same price for the hospital—and they don’t spend the same amount of money for a smaller amount, they just waste more,” she says.

In addition, regulations and policies prevent physicians from, for example, using one antibiotic drop on a patient in the operating room and then giving them the remainder of that bottle to apply at home, even if they would have to continue to use it. “They have to throw it away, and then the patient has to buy another bottle at a pharmacy,” Thiel says. They also cannot use drops from the same bottle of medication for more than one patient, even if the bottle is labeled as a “multi-dose” bottle of medication—which is different from the optometrist’s office, for example, when the eye doctor will dilate all patients eyes with the same bottle of drops. Those policies might be targets for waste reduction, she says.

That offers a potential opportunity for waste reduction in other areas of surgery, as well. “It’s an issue not exclusive to cataract surgery or ophthalmology,” Thiel says. “If we could dispense drugs to patients that they’d already started taking in a hospital, that could be helpful.”

The most important consideration, Lee says, is that those policy changes could be made safely and would not affect patient outcomes and recovery. “We have to demonstrate multi-use of drugs is safe,” he says. He pointed to earlier research from Thiel, which compared glaucoma surgeries in Baltimore to those done at the Aravind Eye Hospital in India, as a sign that it might be possible. That study showed Aravind Eye Hospital did not have higher post-surgical infection rates, even though they reuse the same bottle of drugs on multiple patients.

While physicians in the United States are used to single-use products, Lee thinks they’d be open to change if it proves equally safe for patients. “I think physicians are mindful of the enormous costs of healthcare, and if there’s something we can do to continue to provide the safest care and reduce resources, I think people would be open to that.”

Cataract surgeries are one of the common procedures in the world, and performed millions of times each year in the United States, so they’re a big potential target for waste reduction, Thiel says. In addition, they already have low complication rates, which means there’s more room to make changes, she says. “We have a bit more wiggle room. We have an opportunity to improve value and reduce the cost of care, without affecting the quality of care,” she says.