A common genetic cause of ALS leads to toxic protein build-up, but we may now have a way of stopping it

One piece of the puzzle that is Lou Gehrig's disease. 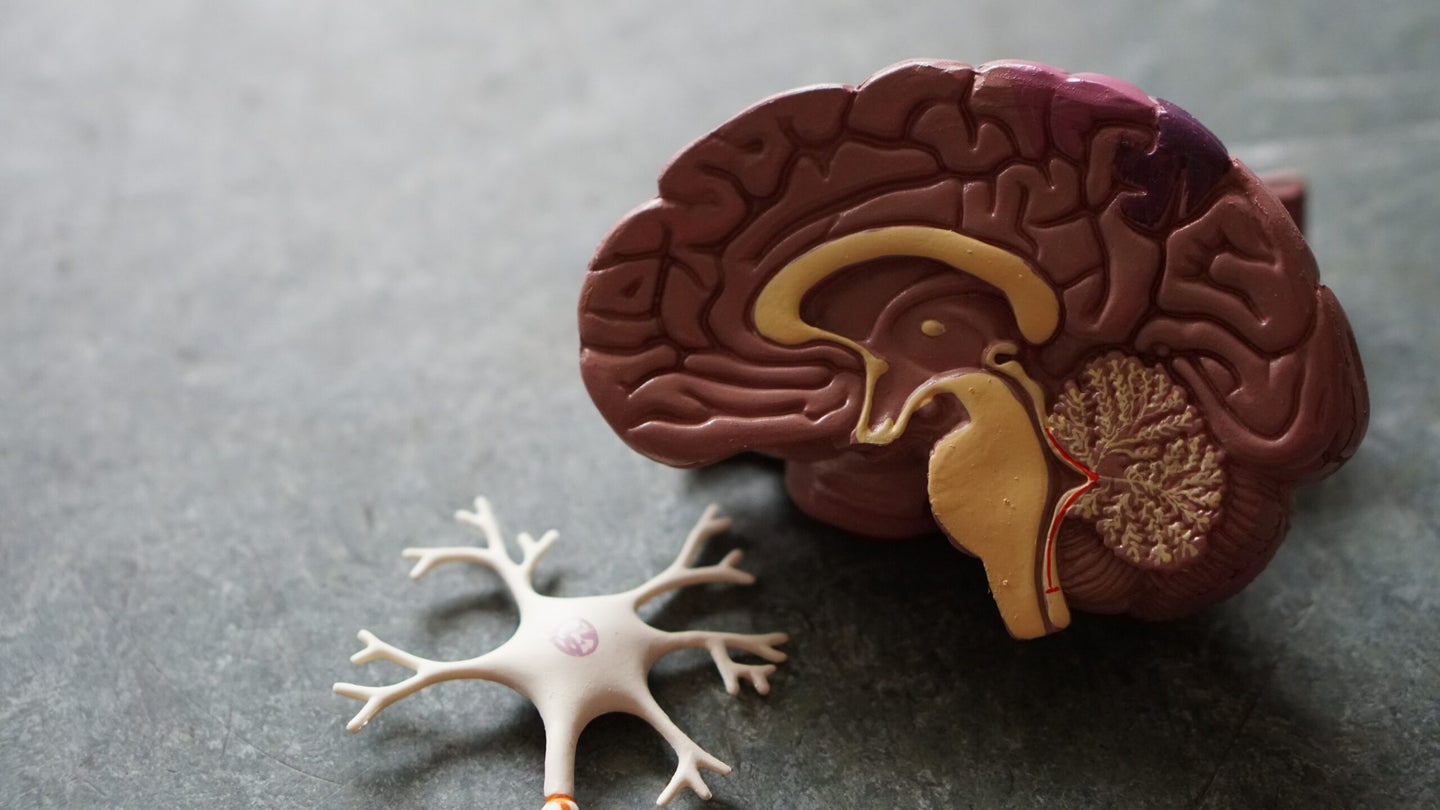 We’ve known for a while that having a mutation in one specific gene is the most common genetic cause of ALS, also known as Lou Gehrig’s disease. What we didn’t know is how that miscoded DNA turns into illness.

People with this mutation have hundreds of extra copies of a short RNA sequence—GGGGCC. Most people just have a few copies, says Aaron Gitler, a geneticist at Stanford University who is one of the authors of a new study out today in Nature Neuroscience. In those people, the sequence doesn’t do anything; it just sits there as part of the genome, located in a gene called C9orf72. But in people with hundreds of copies, the sequence comes alive and codes for a type of protein that damages neurons as it builds up. How exactly this endless junk RNA turns harmful has remained mysterious, as it doesn’t contain the bits of genetic code that typically kickstart protein formation. But now researchers believe they’ve pinpointed its workaround.

The runaway toxic proteins stemming from C9orf72 rely on a process called repeat-associated non-AUG (RAN) translation, only discovered in 2011, which somehow allows protein production without the usual cues. Gitler and his colleagues sought to uncover what other genes might make this possible. The team started with yeast, which is easy to perform genetic manipulations on. When they turned down the activity of a gene called RPS25, they found, they could lower the yeast’s production of the ALS-associated proteins by half.

Without RPS25, Gitler says, the yeast were fine—and they still carried the oft-repeating copies of GGGGCC. “But they couldn’t make these aberrant proteins,” he says. Somehow, RPS25 helps turn abnormal but harmless strings of code into a terminal, degenerative illness.

The researchers were able to do the same thing to fruit flies (another organism with genes that are relatively easy to manipulate) and then again in lab-grown human neurons. They even found similar effects in human cells with the genetic profile for two other neurodegenerative diseases also characterized by protein buildup.

This discovery “gives us a toehold to learn about how this process works,” Gitler says. But it’s just the beginning of a much bigger avenue of research. He compares knowing about the function of RPS25 to having a puzzle piece, but not knowing where it fits.

Understanding if the gene RPS25 is even necessary for normal protein production would be akin to figuring out that puzzle piece placement. If people can live without RPS25, we might be able to translate these scientific advances into clinical therapies for ALS. Testing whether or not mice need RPS25 to stay healthy is the next step.

But at this point, Gitler cautions, what the team has is a basic scientific discovery. “We’re a few steps away from translating it in humans.”

Correction: A previous version of this article mistakenly implied that RPS25 is the mutated gene that leads to the production of toxic proteins. In fact, RPS25 is a gene that seems to allow another mutation—one resulting in strings of repeated RNA from the gene C9orf72—to code for toxic proteins. We regret this error.