This cautionary tale shows how dangerous dentures can be

A new case study provides a not-so-toothless argument for why false teeth should be removed before surgery. 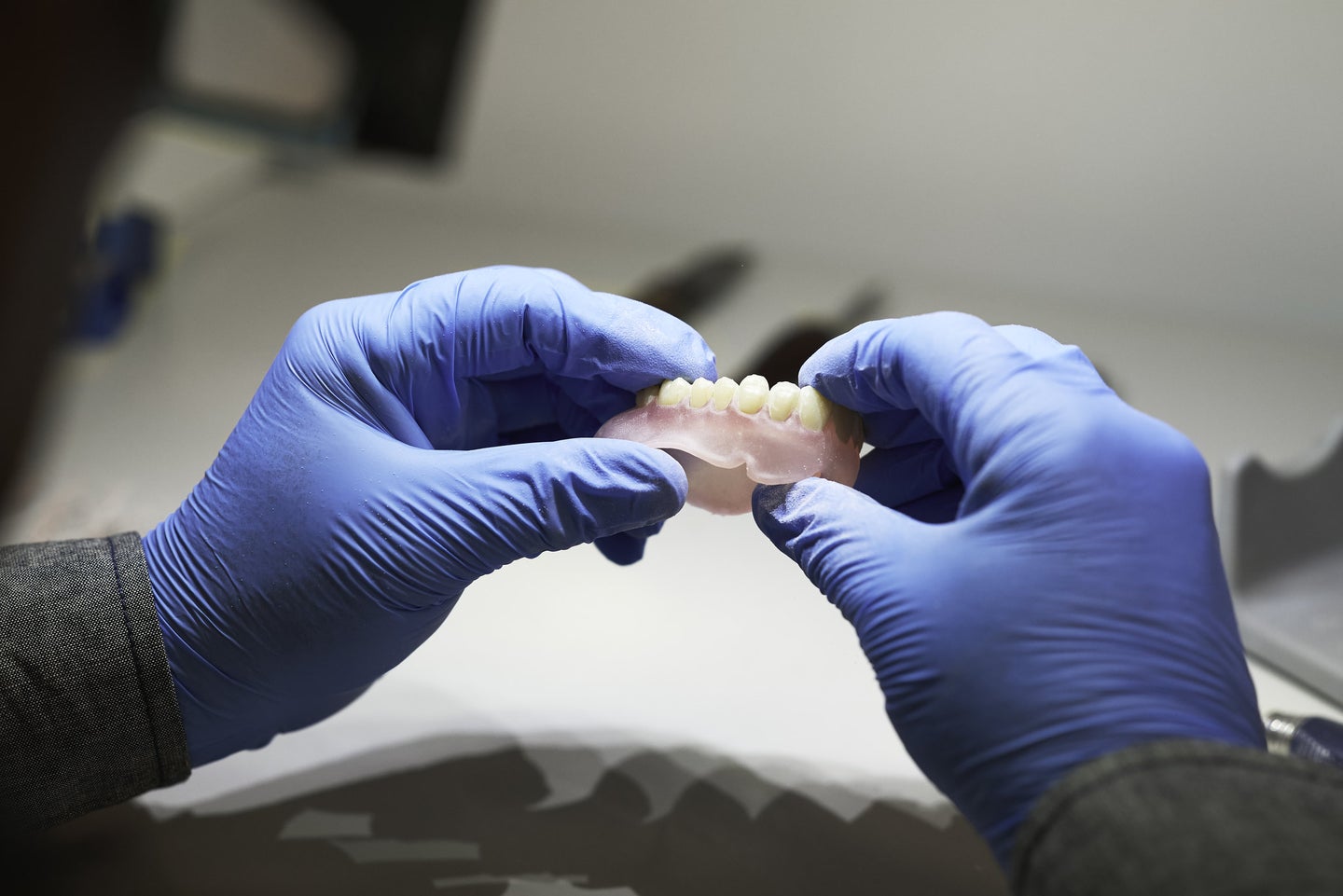 It was supposed to be a minor operation for the 72-year-old retired electrician. After surgeons removed a harmless lump from his abdominal wall, he went home to recover. At some point, he noticed his dentures had gone missing. Can you guess where this is going?

Six days later, he was back in the emergency room. He’d been spitting up blood and hadn’t been able to swallow any solid food since he went under. Doctors diagnosed him with a respiratory infection and other side-effects from being intubated during the surgery, and sent him home with mouthwash, antibiotics, and steroids.

Two days later, he was back—this time with worsening throat pain and a hoarse voice. He couldn’t swallow medications. He’d become so short of breath when laying down that he’d started sleeping upright on the couch.

Doctors passed a tube through his nose to take a look at his throat and voicebox only to find their view obstructed by a metallic, semicircular object: the man’s missing dentures.

Full or partial dentures are used by about one in five adults under the age of 74—but currently, there are no set national guidelines for dealing with false teeth during anaesthesia. Authors of this new case study, published Monday in the journal BMJ Case Reports, say the retired electrician’s story is a warning to us all: false teeth have no place on the operating table.

The man’s aspirated dentures caused internal swelling and blistering and led to a saga of repeated hospital visits, blood transfusions, and more surgery. All in all, the medical oversight resulted in more than a month of on-and-off emergency care.

This isn’t the first documented case of dentures (or latex gloves or loose teeth) getting inhaled during medical procedures. In one 1976 case, a 49-year-old Austrian woman involved in a traffic accident died after a fragment of her dentures became lodged in her larynx during intubation.

But a 15-year review of 83 cases of swallowed or aspirated dentures found that most incidents occurred while patients were first being fitted for the appliance, while they were intoxicated with alcohol or drugs, or during a stroke; just six cases involved general anaesthetic. “With an ageing population and a growing global middle class who can afford and desire tooth replacement, this problem is likely to become more common,” the authors note in the 2016 review.

In Monday’s case study, the authors suggest that medical practitioners clearly document any false teeth or dental plates before and after surgery. And the man’s persistent complaints of severe throat obstruction, they say, can teach doctors a slightly more universal lesson: “always listen to your patient.”