The onions in your kitchen could give you food poisoning

Toss the onions and pick up some scallions. 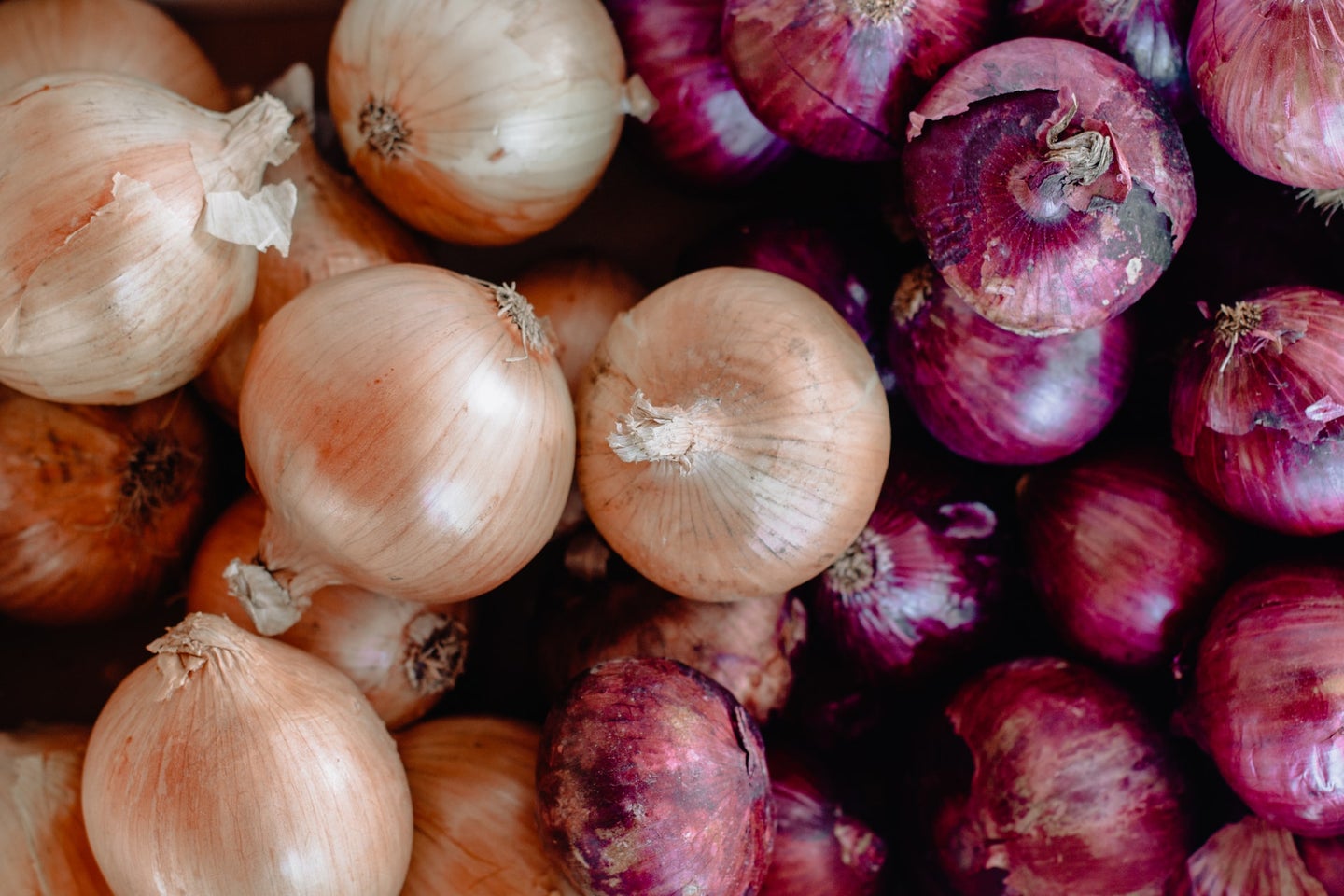 Yellow and red onions are out. Spring onions (not really onions!) are in. Sincerely Media/Unsplash
SHARE

It’s been a few months since the US had a big produce recall, but the country now has another doozy on its hands.

The Food and Drug Administration (FDA) and Centers for Disease and Prevention (CDC) have warned people in all 50 states, plus Washington, D.C., to throw out old onions they have in their kitchens. The advisory comes after Thompson International, a large-scale grower based in California, recalled red, white, yellow, and sweet yellow onions for salmonella contamination. More than 600 cases in 43 states have been traced back to Thompson so far, with no reports of deaths. Canadian officials are investigating a possible outbreak in the lower provinces as well.

The onions in question were shipped between May 1 and August 1 of 2020. Because some retailers re-label wholesale products (Food Lion and Kroger are two examples), the FDA suggests getting rid of any onions you have in stock to be safe. Exceptions include veggies sourced from local farms or grown in home gardens. Foods with raw onions, like wraps, tacos, and salads, should be tossed as well.

Last week, the FDA and CDC launched what they call a “traceback investigation” to learn exactly how salmonella got into Thompson’s supply chain. The foodborne illness stems from a common bacteria, Salmonella enterica, that can be found in everything from dairy, to pre-cut fruit, to live animals like salamanders and turkeys. It often shows up as an 8- to 72-hour bug, marked by diarrhea, vomiting, and terrible stomach pains. In more severe cases, it could result in hospitalization or death.

Seeing that Thompson recalled all its products, it should be OK to buy fresh onions going forward. Still, it’s best to stay vigilant until the FDA and CDC say otherwise. If you encounter raw onions at a restaurant or in takeout, look out for classic food-poisoning symptoms. If you prep meals at home with newly purchased onions, avoid eating them raw. It also helps to clean your cutting and cooking surfaces thoroughly (though you should be doing that anyway).

Worse comes to worse, you could use this time to branch out to similarly pungent—or flavorful—produce. Scallions, which are misleadingly called spring onions, taste smooth and earthy; chives work well as a garnish and dressing; and shallots and leeks, which belong in the same family as onions, carry any dish when roasted, pickled, or sauteed in butter. It might feel like the world’s growing smaller when a kitchen staple is recalled, but think of it this way: You’re eating in season, just like nature intended.