An egg a day could help babies grow bigger and taller

Gaston was right all along. 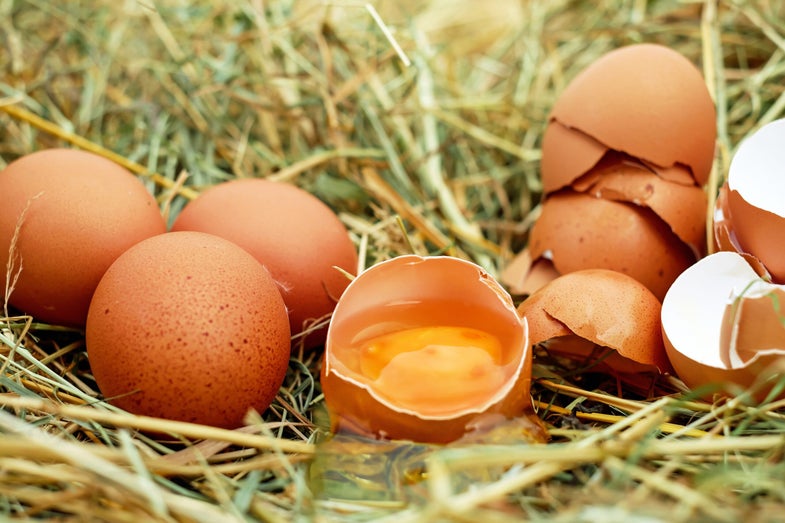 Not every lad can eat four dozen eggs every morning to help him get large, but it turns out just one might do the trick. If you’re a baby, anyway.

We may be lucky enough not to think about it in much of the United States, but worldwide there are tens of millions of children with stunted growth. Most of those kids are impoverished and often live in areas where access to nutritious food is limited. The World Health Organization has tried to ameliorate this problem by supplying fortified food products to underserved areas. The trouble is that those products are fairly expensive—potentially too expensive for poor families to afford—and distribution may not even reach more remote areas of the world. That’s where eggs come in.

Eggs are cheap. They’re relatively easy to come by in many low-income areas, because people in those parts of the world often raise chickens and other poultry. They’re also high in protein, vitamin B12, riboflavin, and choline, plus they have significant amounts of a ton of other vitamins and minerals. And for a little baby, they can offer over 50 percent of critical daily nutrients. Eggs are an incredible, edible supplement to an impoverished kid’s diet.

So a team of public health researchers from all over the U.S. and Ecuador decided to see just how much of an impact an egg a day could have. They published their results on Tuesday in the journal Pediatrics. The group traveled to a poor province in Ecuador, gathered up mother-infant pairs, and split them into two groups. One group gave their babies (aged six to nine months) an egg each day, while the other group gave no eggs. Researchers showed up at their houses to provide the eggs every week and used that visit to gather information about how the babies were doing. They took their weight and height, plus asked about any other medical problems the infants might be having. At the end of six months, they found the kids who ate eggs were significantly taller and larger. An eggy diet appeared to reduce stunting by 47 percent, and babies fed on the incredible edibles were 74 percent less likely to be underweight.

Eggs could even help populations with high obesity rates, since they’re a well-balanced food. If populations who currently eat food high in calories but low in nutrients ate more eggs, they’d probably be healthier overall.

The researchers funded a public health awareness campaign to inform the local population about the potential benefits of eating eggs. Tactics like that could be even more helpful in places where eggs aren’t already a common food. Cool Hand Luke is the only man who can eat 50 eggs in an hour, but if every baby could eat 50 eggs in about two months we could genuinely improve the lives of our most undernourished populations.