You shouldn’t feed poison to babies, even if it’s in a homeopathic teething tablet 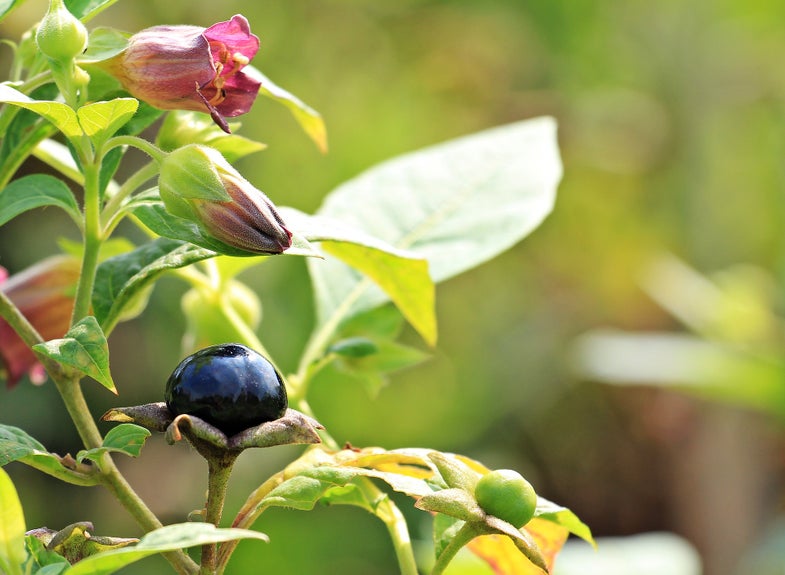 In theory, homeopathy should be harmless. If you want to take medicine where the active ingredient is diluted to the point of nonexistence that’s your prerogative. But giving an unregulated treatment to an infant is never a good idea.

The Food and Drug Administration had to issue a warning on Friday that some homeopathic teething tablets have dangerous amounts of the poisonous plant belladonna. They’re advising parents not to give those tablets to babies in light of that finding—and in light of the fact that belladonna has not been demonstrated to actually soothe teething pain. This might seem like an obvious warning, but unfortunately it’s not the first time the FDA has had to make it.

In 2010, the FDA released a warning about the exact same product when laboratory tests showed that the quantities of belladonna in the tablets was often far in excess of what the label claimed. Homeopathic remedies aren’t regulated by the FDA and aren’t subject to the kind of strict testing that pharmaceutical companies have to abide by, so it’s comparatively easier for homeopathic companies to distribute products that don’t match up with their labels. When that original press release came out, Hyland’s—the company at fault—agreed to a voluntary recall of those products and said they were revamping their production process to ensure there wasn’t too much belladonna in the teething tablets.

Six years later, the products may be to blame for the deaths of ten children. Hyland’s website says that the company “remains confident in the safety of our products and has not been presented any data or information that contradicts the data we have.” They haven’t agreed to recall the tablets this time around, though they did stop distribution in the United States as of Fall 2016, when the FDA linked the belladonna tablets to ten deaths and 400 adverse events. CVS and Walgreens pulled the tablets from their shelves. But without a recall, parents who already bought the product may be unaware of the potential danger.

The tiny amount of belladonna in homeopathic remedies may pose little risk to adults, but children are a different story. Even low levels can cause muscle weakness, seizures, and difficult breathing. Belladonna contains several toxic ingredients, including a chemical called atropine. Atropine works by blocking a very common neurotransmitter in the parasympathetic nervous system—the part that controls unconscious bodily functions like breathing, urinating, digesting, and heartbeat. If applied directly to the eye, it also inhibits the muscle that controls your pupil, causing it to relax and your eye to dilate. This is why women used to use belladonna (meaning ‘beautiful woman’) to dilate their pupils, which apparently made them more attractive. It’s also why belladonna goes by another name: deadly nightshade. You can’t survive for very long when your parasympathetic nervous system is impaired, and it doesn’t take much belladonna to make your heart race and your breathing slow to dangerous levels.

There are plenty of drugs on the market that have severe side effects, and at face value it might seem like diluted belladonna is just one more drug with potential risks. But it’s important to remember that, generally speaking, drugs with awful side effects are intended to treat serious illnesses. We put up with risky side effects because sometimes that risk is worth it.

Death is not a side effect worth risking in order to treat teething pain—and it’s not a risk an infant can consent to.

The Mayo Clinic offers sound advice on how to sooth a baby’s sore gums, and none of their suggestions involve risking your child’s life to make them a little more comfortable. They recommend giving tykes a cold teething ring or a chilled carrot to gnaw on, or even giving them a gum massage. All of which are definitely preferable to giving your child nightshade. A rose by any other name might smell as sweet, but belladonna is poisonous no matter what you call it—even if you find it in a health food store.