Too many microbes cause malnutrition 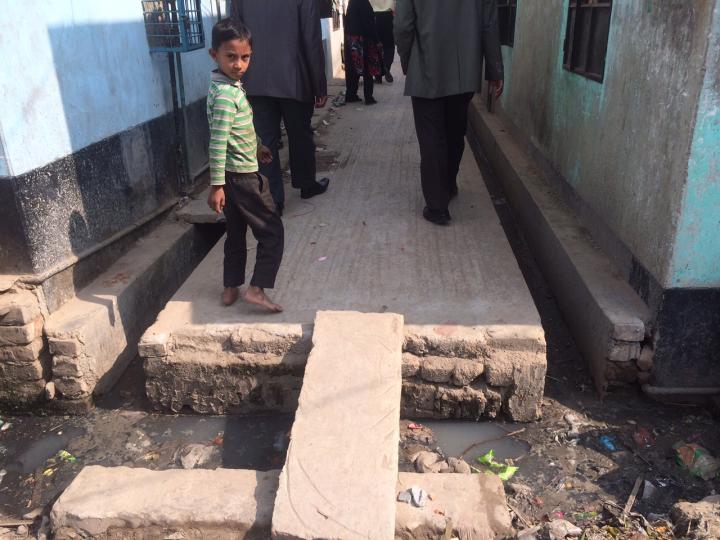 When you were a kid, you were probably told once or twice that certain substances would stunt your growth, such as coffee (that’s a myth), smoking (maybe true), or not drinking enough milk (that’s calcium, and it’s likely true). But stunted growth doesn’t just mean that you don’t grow as tall as you might have otherwise—many of the 165 million children who are stunted have cognitive disabilities and a greater likelihood of death before they turn five.

It turns out that too many bacteria living in the large intestine may play a role in stunting growth, according to a study published yesterday in the journal mBio. By understanding the relationship between intestinal bacteria and nutrition, researchers could find treatments for stunting.

The researchers looked into a condition called Small Intestine Bacterial Overgrowth (SIBO), an infection thought to inflame the intestine and limit the nutrients a person can absorb from food. The condition is more common among children who live in slums, possibly due to the presence of open sewers.

The researchers evaluated 90 children raised in the slums of Dhaka, Bangladesh. They followed the children from birth to age two to track the association between SIBO and stunted growth. Though the families were given access to medical care and nutritional counseling, and the children were vaccinated, the number of children with stunting nearly tripled during the first year of their lives, from 10 percent to 28 percent. Using a breath test, the researchers found that about 17 percent of children in the cohort had SIBO. Children living near a sewer were much more likely to have SIBO. In the slum environment, even the kids that didn’t have SIBO had some degree of intestinal stress, the researchers suspect.

The researchers believe that SIBO is causing malnutrition, which is resulting in stunted growth, though future studies into the long-term relationship and mechanism would need to confirm that. If researchers can confirm the mechanism linking the two, they could help public health officials better treat stunting before it permanently affects a child’s development.

Treating that damage to the gut, though, would be a much larger public health issue. The researchers didn’t weigh in on a long-term treatment for SIBO; antibiotics would provide a quick fix, but extended use could breed antibiotic resistance, especially since many of the most vulnerable children live near bacteria-infested sewage.