This new Salmonella ‘superbug’ is probably no scarier than the flu

The lowdown on the super strain. 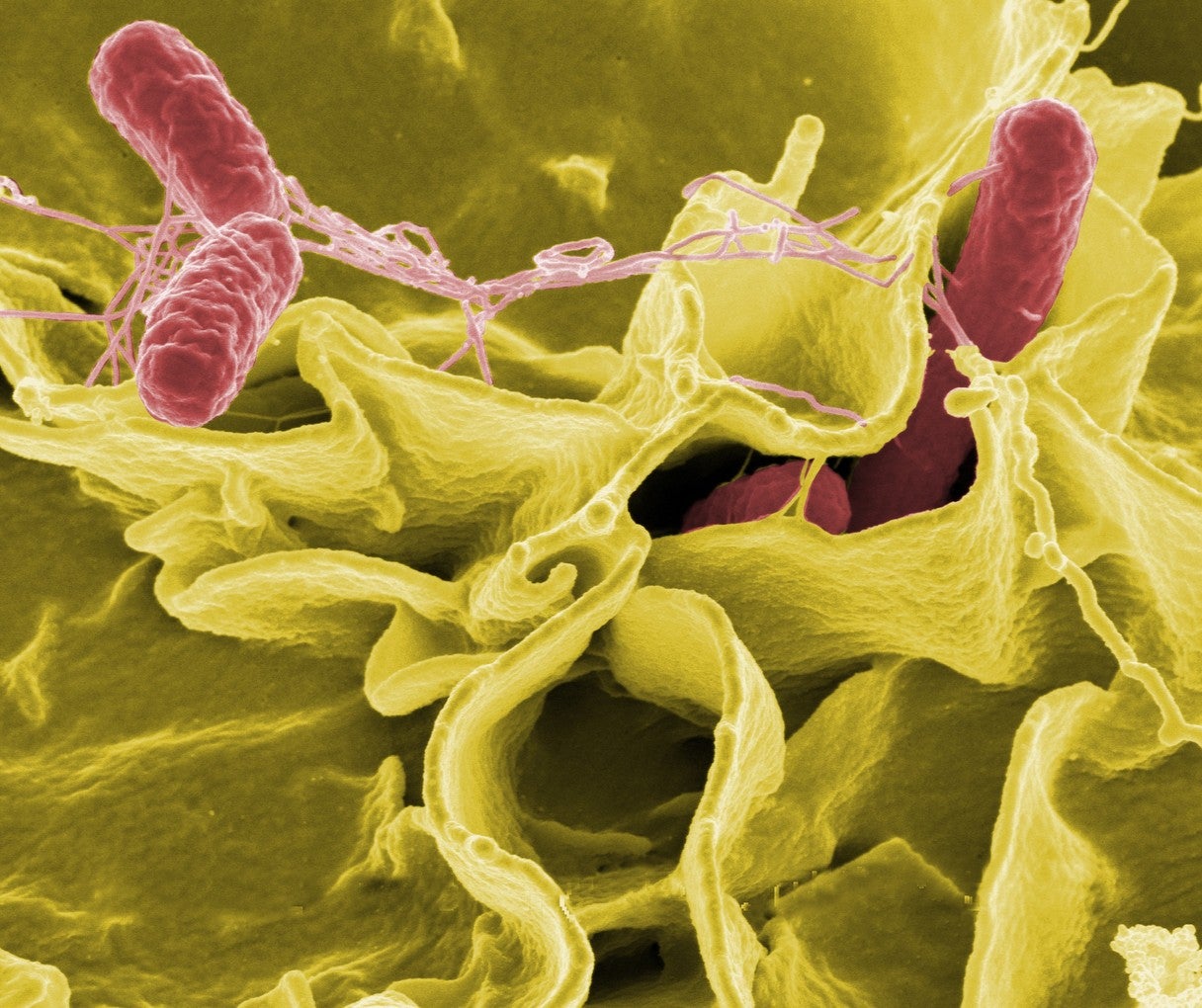 Superbugs sound scary now more than ever because they’re increasingly real. Our widespread use of antibiotics is actively breeding hardier bacteria that can evade our best weapons against them. This week, yet another new strain of deadly bacteria headlined the news. But if you’re concerned about this ‘super’ strain of Salmonella enterica, here’s some comforting facts: There’s no ‘super’ Salmonella lurking out there that’s impervious to all our drugs.

But there probably will be soon.

This new information comes courtesy of a report from the Centers for Disease Control which investigated multi-drug resistance within the specific type of Salmonella that causes common food poisoning (not to be confused with the type that causes typhoid fever). About 12 percent of these non-typhoidal lines are resistant to three or more classes of antimicrobials, but previously most were still susceptible to the drug, azithromycin.

The report found that 90 percent of the Salmonella tested from outbreaks occurring between June 2018 and March 2019 had “decreased susceptibility to azithromycin.” That means they required more than the standard dose of antibiotics to kill them off, which suggests strains are developing resistance. This seems to have started in 2016, and one strain in particular likely stuck around between then, when it was detected in a beef sample from Mexico, and 2018 when it was found inside a hunk of cheese.

That’s the gist of the whole super strain news. And it is, unfortunately, in line with what some other countries have already found: Salmonella is becoming harder to kill even with our best drugs.

Salmonella is, of course, far from innocuous. It can cause severe diarrhea, fevers, and cramps, or even infections of the blood and brain. About 450 people die from non-typhoidal Salmonella every year in the United States. But for the majority of people most of the time, it’s a nasty bout of food poisoning that lasts anywhere from 8 to 72 hours. Even those who do end up in the hospital are mostly treated with fluids alone—antibiotics are only supposed to be for truly severe cases.

This isn’t to say you shouldn’t do what you can to prevent and avoid it, but you also shouldn’t be more afraid of Salmonella than you are of the flu, a disease which kills some 30 to 60 thousand people every year (last year it was closer to 80).

You also shouldn’t disregard the very real, if abstract, threat that antibiotic resistance poses. Though this particular strain of bacteria isn’t likely to wipe us out, it’s yet another sign that the way we practice both medicine and agriculture must change.