Where’s all that money going, anyway? 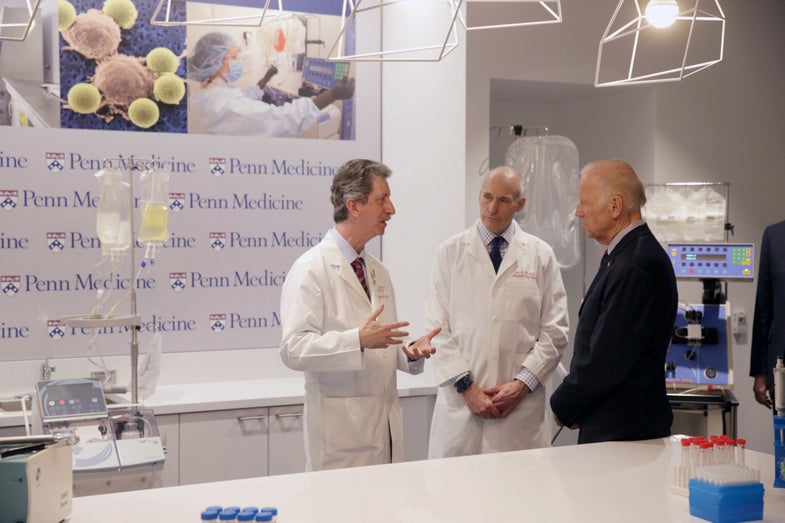 In his 2017 budget that will be sent to Congress next week, President Obama is requesting another $755 million for Vice President Biden’s “moonshot” cancer initiative, White House officials said today. Congress has already allocated nearly $200 million to the program in last year’s budget, which will bring the total spending to almost $1 billion if they fulfill Obama’s proposal. Here’s an overview of how that money would be used.

The money would be allocated into six main research areas:

It would go to these institutions:

This announcement comes just a few weeks after the president announced the cancer moonshot initiative at the State of the Union address. He chose Biden to lead the charge; today, Biden is meeting with the members of the federal task force outlining that initiative, according to a blog post.

With this increased funding, officials hope to achieve a decade’s worth of scientific breakthroughs in half that time. But they’ve yet to outline, concretely, how the program defines success; though officials say the specific goals will be announced soon, critics have pointed to this fuzzy endpoint as one of the biggest weaknesses of the cancer moonshot effort.

The rest of the 2017 budget will be released on February 9.