To get vaccines to more people, the priority system needs to loosen up

The vaccine rollout has been shaky, but it can still get on track. 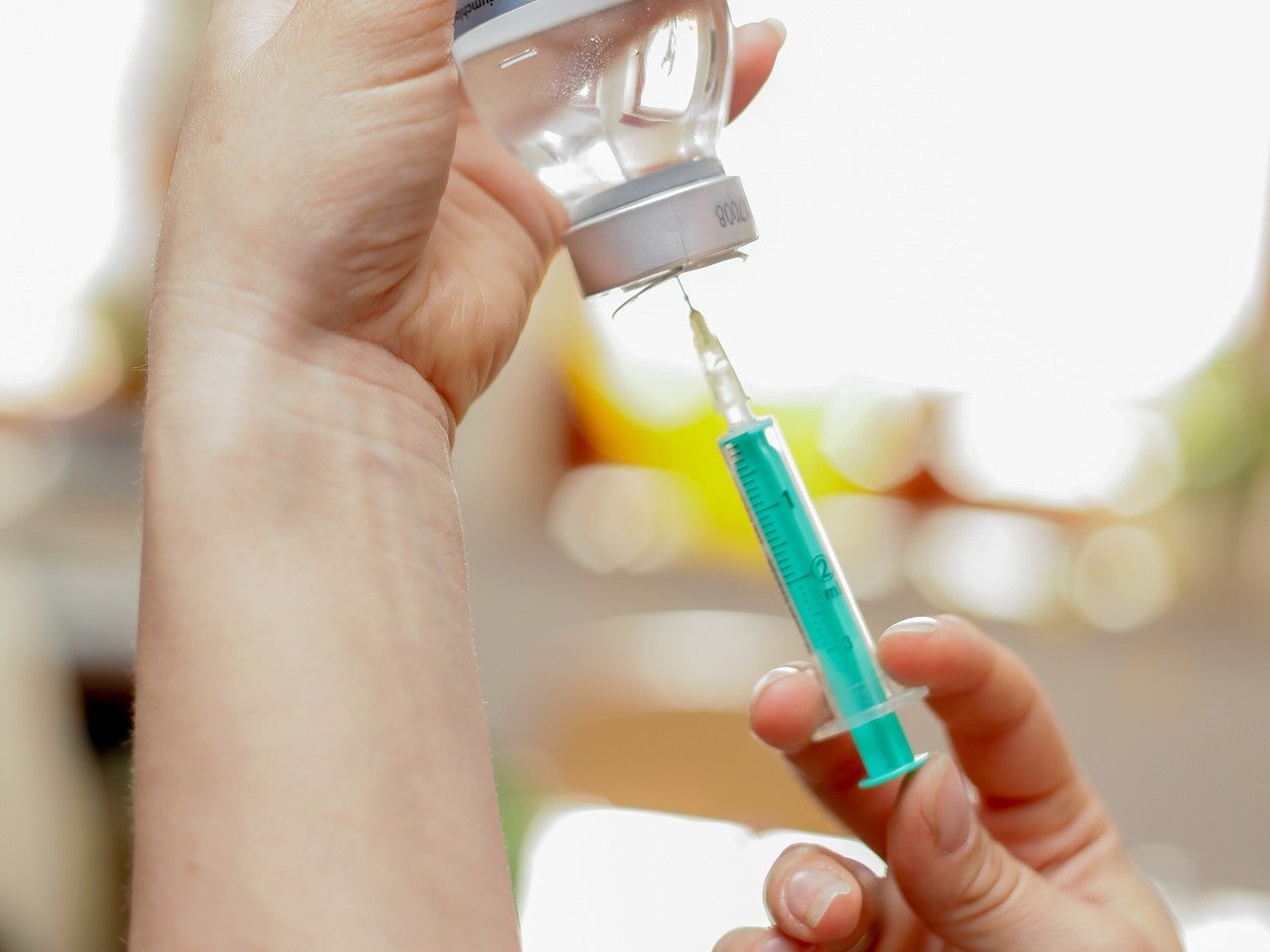 The federal government should have started preparing for a vaccine rollout essentially as soon as the pandemic began. Pixabay
SHARE

More than 13.5 million Americans have received at least one shot of the COVID-19 vaccine—the most of any country on Earth. While that might sound impressive, it falls short of what’s possible, given the number of vaccines available, public health experts say. It’s the latest proof that, while the vaccine is essential to ending this pandemic, simply having enough vaccines available won’t cut it.

“The amount of investment in vaccine development was amazing,” says Devon Greyson, a public health communication scholar at the University of Massachusetts Amherst, “but the investment in the processes necessary to actually get vaccinations to people has been minuscule in comparison.”

Greyson says the federal government should have started preparing for a vaccine rollout essentially as soon as the pandemic began. “It was very clear that in the United States… vaccines were seen as the endgame,” they say. The incoming Biden administration will be able to make strides in improving the vaccine rollout, Greyson says, but it’s probably not possible to get the vaccine rollout we could have had if we’d started working on this last spring. “It’s always easier if you can be organized and clear from the start,” they say. But it’s not impossible to get the rollout on track now.

Practically speaking, the currently-available COVID-19 vaccines, made by Pfizer and Moderna, have very specific storage requirements, and once defrosted, must be used promptly. This has resulted in a number of cases where vaccines were wasted or pharmacists and others offered the vaccine to anyone who would take it, in order not to waste their defrosted supply after the day’s vaccinations were done.

Of the latter, “it’s okay,” says Georges Benjamin, president of the American Public Health Association. “Principle number one is don’t waste the vaccine.”

But if the priority system was clearer and there was more national guidance on how to structure vaccination programs, Benjamin says, the process of getting the vaccine to those at highest risk first would be simpler, resulting in fewer unclaimed doses—and fewer cases and deaths.

“The first thing we have to do is clarify and rationalize the priority system,” he says. “We would have been better off if the federal government gave us more specific guidance.”

The priority system ranks categories of people in terms of who has been deemed most at-risk if they don’t have the vaccine. But it’s a guideline, Benjamin says, not a hard rule. The vaccine shouldn’t be given strictly to priority 1A vaccine receivers before any other type. Rather, he says, the priority list should help vaccine distributors figure out who they need to target and what is needed to get those groups vaccinated. By actively recruiting people from all phase 1 categories, there could be a lesser chance of unused vaccines. The CDC acknowledges this, noting that “phases may overlap.”

At the moment, most vaccine doses have been distributed by facilities like hospitals and long-term care homes, which have a high population of 1A vaccine receivers. Vaccinations at doctors’ offices and pharmacies are becoming more common, he says—places that don’t necessarily have the space to run a large-scale vaccination campaign. As such, another thing that would help, Benjamin says, is a set of national guidelines on how to run a vaccination campaign from this sort of facility—including guidance on how to do bookings and explicit instruction on how to prioritize recipients if you have extra doses.

The vaccine rollout is further complicated by the fact that both the Pfizer and Moderna vaccines require two doses, spaced several weeks apart. Institutions doing vaccinations need to either be able to trust in a national supply that will give them a second dose for each person on time or to hold onto enough doses to give everyone who comes through their doors a second vaccine. Both state and federal governments need to help create clear plans for what to do in the face of an unsteady vaccine supply, Benjamin says. “We have to secure the supply line and make it reliable,” he says, even if that means holding some doses of the vaccine back. “Even if it’s a low-level supply line, it’s easier to ramp that up if it’s reliable.”

On a societal level, a well-coordinated and widespread vaccination campaign would be an opportunity to address some of the many systemic inequities that were deepened by the COVID-19 pandemic, says Amherst’s Greyson. But as it is, those inequalities will be further magnified by the vaccine rollout as it stands now, they say. People with more financial and social resources will be able to access the vaccine sooner and in greater numbers, they say—just as this group often has better access to healthcare.

And beyond that, marginalized groups, especially Black and Indigenous communities, have plenty of good reasons to be suspicious of medical interventions imposed by the United States government. Working with those communities to build trust in the vaccine is necessary if public health officials want to achieve the high levels of vaccination necessary to reach herd immunity.

“The onus is on us to prove that we’re trustworthy and to show that we have been ethical and mindful about the way forward,” says Michele Andrasik, director of social and behavioral sciences for the COVID-19 Prevention Network.

The vaccine rollout is happening, Andrasik says, “It’s just that it’s very much in the beginning stages.” This is especially true in BIPOC (Black, Indigenous, People of Color) communities that are historically underserved by healthcare, she says.

“Going back as far as Reagan, we have seen incremental gutting of our public health infrastructure,” Andrasik says. This means that now, when we have a pandemic illness to combat, the resources and trust necessary to conduct vaccinations aren’t well-established in communities that haven’t had access to healthcare at levels equal to more privileged, often whiter communities.

Plenty of research has demonstrated that regular community-based healthcare improves people’s access to medical care and increases trust—which in turn boosts public health. While there are a number of community health centers in the country, proponents say they are chronically underfunded and insufficient to meet the needs of their communities. That’s a recipe for vaccine mistrust.

A successful vaccine rollout needs “to ensure that the support is there to make sure that BIPOC communities specifically and older adult communities have the vaccine available,” she says. That could mean providing mobile vaccination units or setting up temporary vaccination sites where community health clinics aren’t able to coordinate the response, she says, and working with the community to assess what’s needed and how best to provide vaccinations and care. “We need to be innovative,” she says, “and we need to really think about how we can build capacity in these communities.”

Although the rollout hasn’t been smooth, the good news is that, unlike much of the world, America has the vaccine, and has the chance to improve its national and state response.

“It’s going to get better,” says R. Alta Charo, a recently-retired professor of law and bioethics at the University of Wisconsin who is also a member of the National Academy of Medicine’s committee on the equitable allocation of COVID-19 vaccines. Charo says more vaccines are likely to be approved, which will streamline supply. Meanwhile facilities are going to have more experience dealing with vaccination after doing it a few times, which means it will become simpler to distribute the vaccine and push it through that crucial last mile into the arms of those who need it.

Again, however, Charo emphasizes that a stronger federal role in the vaccination program will be necessary to ensure its success. Thankfully, the incoming Biden administration wants to take on the challenge. Last Friday, President Joseph R. Biden announced a goal of administering a whopping 100 million vaccinations during the first 100 days of his presidency. Although the details of how he plans to achieve this lofty aspiration have yet to be played out, pushing for such a goal will hopefully require some of the interventions that experts are calling for.