Facing COVID-19 variants, vaccine makers are weighing how to tweak their designs 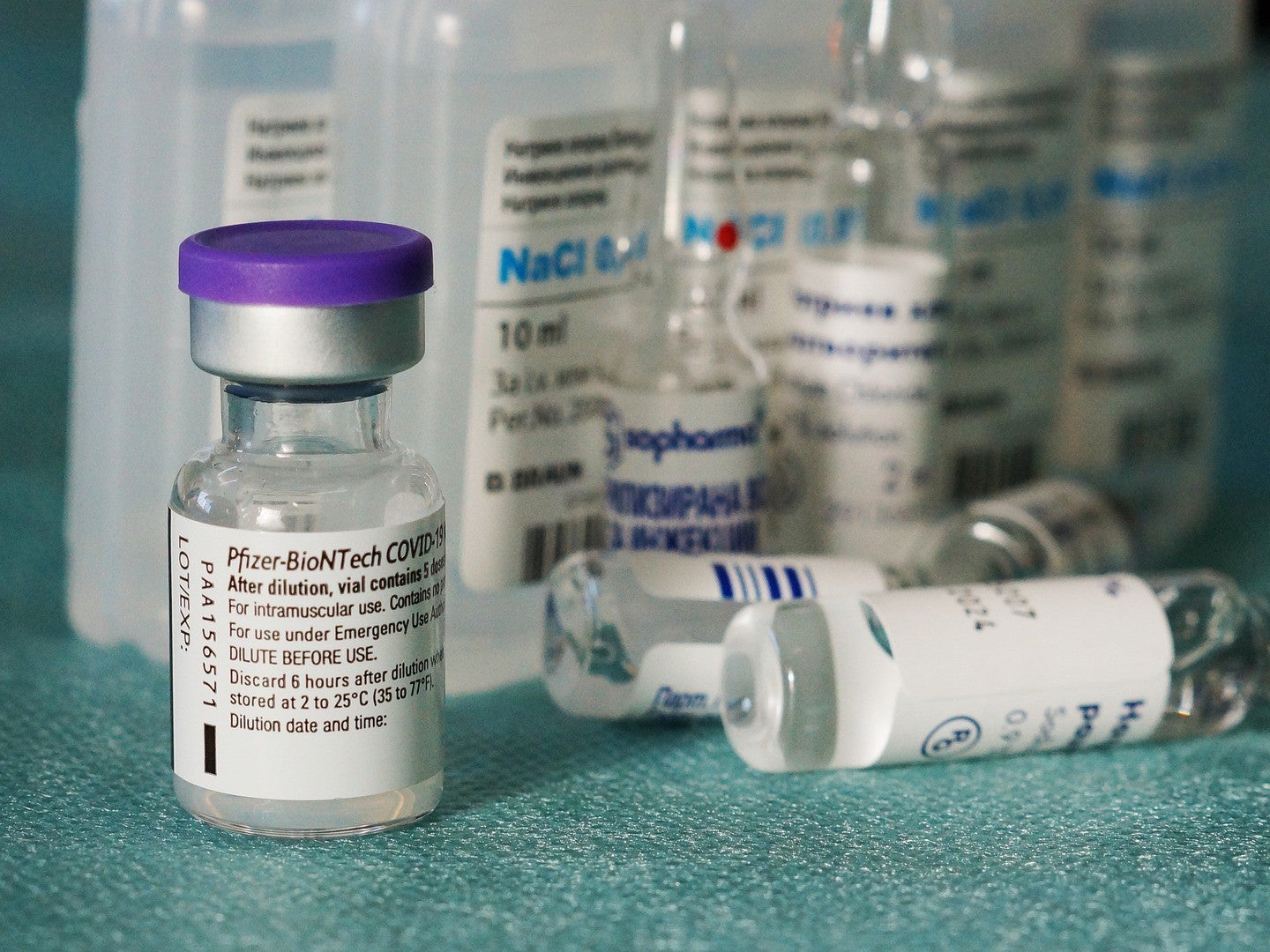 Virologists and public health researchers are continuing to identify new variants of the SARS-CoV-2 virus, which causes COVID-19. Vaccine makers need to keep a close watch on these variants to ensure their vaccines still work against the new variants. Pixabay
SHARE

Scientists began working on vaccines against COVID-19 just over a year ago. But in that short span of time (unprecedented for vaccine development), a handful of vaccines have been authorized for use around the world and more than 170 million shots have now been delivered across since December alone. That number has already eclipsed the total number of recorded COVID-19 cases since the beginning of the pandemic—and it is set only to grow.

Even so, the pandemic’s catastrophic effects continue to reverberate. Here’s some of the most important COVID-19 news from across the world over the past week.

US public health officials are closely watching the faster-spreading N.501.Y and B.1.1.7 strains of COVID-19 that likely originated in South Africa and the UK, respectively. But scientists have also identified no fewer than seven new American-made variants. All seven seem to have originated in the US and, just like the South African and UK variants, also seem to have mutated in ways that make them able to spread faster than other variants. Some public health researchers have noted that this is likely what’s known as convergent evolution, a phenomenon where organisms unrelated to each other evolve similar traits that help them survive.

In this case, the variants of the SARS-CoV-2 all seem to be evolving similar mutations that enable them to spread more quickly than older variants. While virologists aren’t surprised to see this happening, it does mean that the virus could pose a larger threat if these mutations continue. It’s hard for researchers to tell where specifically in the country the new variants might have originated. In the US, researchers get strain information on fewer than one in 100 COVID-19 test samples, leaving public health experts with an extremely murky picture.

Vaccine-makers are preparing their countermoves against viral variants

Despite concern over variant strains, vaccines are helping to plunge new case numbers, even in countries such as the UK where some of these variants cultivated their spread. And South Africa, stricken by the N.501.Y variant, has just embarked on its own vaccination campaign as the first country to start rolling out the Janssen/Johnson & Johnson vaccine. Earlier this month, South Africa abruptly stopped using the vaccine made by Oxford/Astra-Zeneca because of concerns that it doesn’t work well enough against N.501.Y.

All the time, vaccine-makers are tweaking their vaccines to shield against those faster-spreading strains. But policy- and vaccine-makers both face pressing questions: How and when do you deploy upgraded shots, potentially upending months of planning? The seasonal flu, which constantly changes across years and regions, may present an example. But that model relies on carefully tracking flu strains—and in many places, such as the US, that information for COVID-19 is quite thin indeed.

[Related: Read about how to prepare for getting the COVID-19 vaccine]

The CDC doubles down on masking up

The spread of those variants has also spurred agencies like the Centers for Disease Control (CDC) to reinforce its advice: Wear a mask. But, as you might imagine, not all masks are equal. Specialized ones like N95 masks are designed to filter out 95 percent of infectious airborne particles, but those are still mostly reserved for healthcare workers. More popular masks worn by the public, such as cloth or surgical masks, are often less effective, especially if they’re loosely worn.

But CDC experiments have shown how those common masks can, relatively easily, be made more effective. Wearing a cloth mask over your surgical mask, for instance, can block about 95% of potentially virus-carrying aerosols (on par with an N95 mask). So can tightening your surgical mask by knotting the loops around the ear and tucking it in place against the face.

WHO investigators zoom in on COVID’s origin story

A World Health Organization (WHO) international team has spent the past weeks searching the city of Wuhan for the pandemic’s ground zero. The fact-finders released their findings, reaffirming prior reports that the virus originated in animals, likely bats, before being transmitted to humans through some yet-to-be-identified pathway. And it’s likely that the bats that transmitted the virus weren’t from Wuhan, but were brought there from somewhere closer to Southeast Asia.

But perhaps more importantly, their findings debunk the claim that’s been spread by nationalists the world over: that COVID was created by humans in a laboratory somewhere. Nonetheless, the whole pandemic has been fraught with geopolitics and international tensions, and this fact-finding expedition is no exception. One of the WHO investigators has accused Chinese authorities of being opaque and withholding information.

It might be tempting to assume that, since other coronaviruses cause the common cold, the latter might give some people’s immune systems—especially children’s—a leg up when the time came to fight COVID-19. There’s some scientific meat to support that: A UK-based study published in Nature in December suggested that some people who had never been infected by COVID-19 possessed antibodies that could potentially protect against the disease.

But new US-based research casts doubt on that idea, finding that the antibodies in question couldn’t fight or mitigate COVID-19. It’s one study, so it’s far from conclusive; it’s possible that geographic differences may have played a role in the divergent results. But it does emphasize that the world can’t rely on pre-existing conditions over vaccines for immunity.

The future of COVID: not eradicated, but manageable?

What happens when the world goes back to something resembling a pre-pandemic normal? Will COVID-19 just fade away? Public health experts state that it’s highly unlikely. The only disease to have ever been fully eradicated, after all, is smallpox. We also don’t yet know if it’s possible that people could get re-infected with COVID-19 years in the future.

Instead, some public health experts speculate that the coronavirus may subside into something more mundane, like the flu. The virus behind the 1918 influenza pandemic, for instance, eventually mutated down into the common seasonal flu. And we in the 2020s have something that the world of a century ago didn’t: vaccines.

Even so, some public health experts strongly warn against treating COVID like the flu, saying that COVID is an entirely nastier type of disease.