The US is way behind on tracking COVID-19 variants

It makes it all the more difficult to stop new infections. 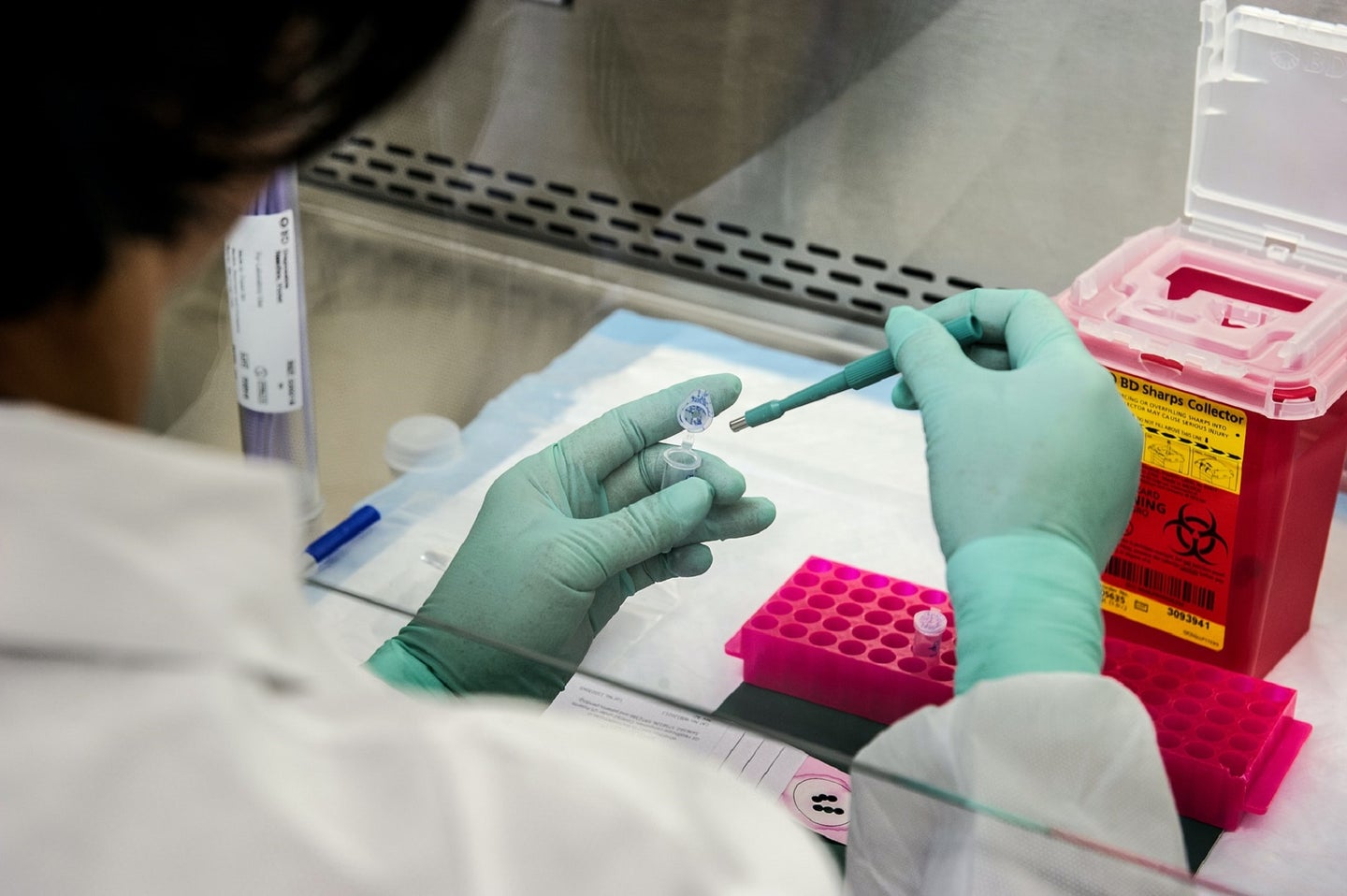 Sequencing samples from COVID-19 patients helps track the virus as it mutates. Centers for Disease and Control
SHARE

New COVID-19 variants are turning up around the world—but none have made headlines like the so-called UK variant. The mutated form of the virus emerged across the pond in mid-December, and has already been found in 24 US states, totaling 293 cases, according to the Centers for Disease Control and Prevention. New Jersey also reported the nation’s first death from the variant on Wednesday.

The spread of the UK variant might be inevitable at this point, but it didn’t have to be. Health experts, including those on the White House coronavirus task force, admit that US sequencing efforts are far behind where they should be. Genetic sequencing looks at the RNA in COVID-19 samples to identify mutations that make a variant different from the original. Any virus that has a mutation is a variant—and while most variants aren’t more dangerous than the original, some, like the SARS-CoV-2 one identified in the UK, can be more transmissible. If epidemiologists catch them early enough, governments can encourage more precautions to contain them before they become widespread. But as seen with this pandemic, many countries, including the US, don’t sequence enough samples to catch variants as they appear.

“The sequencing and variant detection efforts are quite fragmented,” says Benjamin Pinsky, medical director of the Clinical Virology Laboratory for Stanford Health Care and Stanford Children’s Health. The US has sequenced less than three samples for every 1,000 COVID-19 cases, according to GISAID, a global coronavirus-genome-tracking project. That puts the country in 43rd place in terms of sequencing, the White House said during a COVID-19 briefing today. (Iceland ranks first.) With such little real-time analysis, Pinsky says, chances are the US won’t catch a dangerous homegrown variant until it’s infected a lot of people.

Genomic surveillance also allows researchers to track the origins of variants and learn how infectious they are as they spread farther and cause outbreaks. Recognizing this sooner rather than later allows governments to restrict travel between countries and states. However, travel restrictions only work if they’re rapid and strict. The UK has one of the best variant-monitoring systems globally, ranking fourth in the GISAID list. The country caught the B.1.1.7. variant early, Pinkis says, but the strain still managed to reach more than a dozen countries. It’s expected to become the most common form of COVID-19 in the US by March.

More importantly, pinpointing deadlier variants early could lead to better medical care. The sooner a variant is singled out, the sooner researchers can study cases and determine whether it leads to more severe symptoms. If genetic sequencing reveals that a patient is infected with a more lethal variant, doctors can monitor them more frequently and hospitalize them more readily, Pinkis says. There may be implications for vaccine development, too, as the virus adopts new forms that the immune system needs to be trained for. So far, early evidence suggests the Pfizer CK and Moderna vaccines are effective against the UK and South Africa variants, although further study is needed on the latter.

The US’s poor track record with genomic monitoring can be pinned to lack of funding and coordination. But the White House says it’s dedicating more funding to states for sequencing, and the outlook is improving. “It’s hard to get an accurate number of the total samples that have been screened. I think the numbers are increasing, though,” Pinsky says. “We’re starting to get a better handle about what’s currently circulating in the US.” For example, scientists discovered a new, likely more-infectious COVID-19 variant in California while searching for the UK version. Another homegrown variant could be circulating undetected just as well.